Check Out The Biography And Net Worth In Dollars Of Micheal Uba A.K.A. 'James' In Jenifa's Diary.

By TheLoverMann (self meida writer) | 16 days 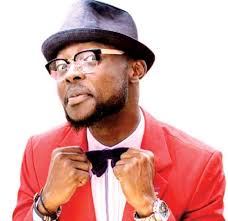 Micheal Uba, also known as 'James' in the popular comedy series, Jenifa's Diary is a multi - talented Nigerian actor, comedian, writer, dancer and Radio/Television presenter. James, who also doubles as 'Ogbolor' in Wazobia FM is a versatile entertainer. He is a nail stylist in the saloon in the highly successful comedy series, Jenifa's Diary. Admired for his comical acting, he is a guy with feminine mannerism as he is always seen chewing a gum and wears a bandanna all the time. James has won the love and affection of viewers, especially the ladies in the moonlit comedy during its glory days as very expressive, gossips a lot and is ready for a fight all the time. 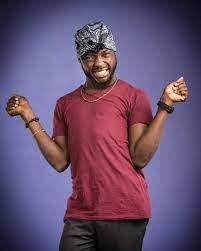 The Igbo descent comedian and actor grew up in Lagos where he had his primary and secondary education respectively.His career began as an acting teenager in the drama group of his local church in Surulere, Lagos. Young Micheal Uba later became the teenage president and Youth Drama leader of the church Comedy Group called D'ISAACS. James made his entry into stand - up comedy. earning several awards for his rib cracking comedy acting that he became very popular all over Surulere churches. Aside the Award winning Jenifa's Diary, James also got a role in the popular sitcom, MY FLATMATES where he acted as an imbecile and never ceased to amuse his many fans as usual. 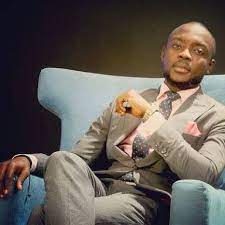 Now James specializes in Stand - up Comedy and Media shows. While re branding his talents into Radio/TV shows in the Wazobia FM and Wazobia TV as presenter of the padipadi show, he is well paid as a comedian and media presenter, owing to the versatility of the internet and social media. The debut comedian discloses that with just a flip on your Instagram handler, you can sell your talents, crack people's ribs and get paid to host events.

Comedians are getting endorsements and living a plum life these days. James stressed that he draws inspirations from big comedy players like Alibaba, Basket Mouth, Klint the Drunk and Tee A, Holly Mallam and others. He has a net worth of One Hundred Thousand Dollars ($ 100,000). James' popularity is growing by the day. Though he attributed his fame to his media shows on the WAZOBIA FM/TV stations, he stressed that his feminine acting role in the Jenifa's Diary has upgraded his fame to a much higher level.

Dear readers, do you really find Micheal Uba also known as 'James' in Jenifa's Diary an intrinsic and likable Comedy Actor to be encouraged to greater heights in the Nigerian Entertainment Industry? Please drop your comments for those for 'I' and let the 'I'(s) have it.

Content created and supplied by: TheLoverMann (via Opera News )