By Sabilisten (self media writer) | 5 months ago

Famous Nigerian music artist, Davido Adeleke has once again shown the quality of a good leader by forgiving his personal logistics manager, popularly known as Israel dmw after he allegedly took side with the embattled fraudster, Hushpuppi. 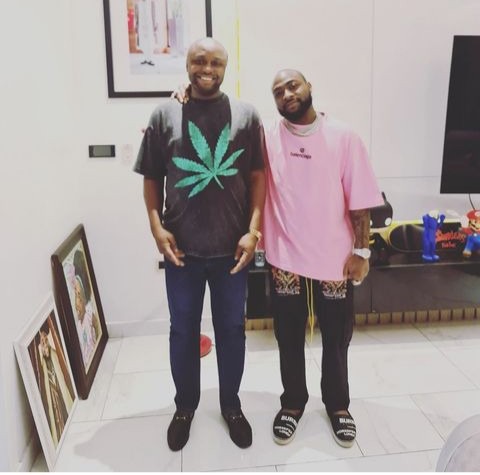 The act of forgiveness is a very special attribute of a man that has the fear of God in him and such individuals are always ready to give those that offend them a second chance to prove they have genuinely learned from their old ways of doing things.

Recall that, Davido's logistics manager, who is biologically known as Isreal Afea also known as Isreal DMW. He earlier called on Nigerians to intervene on behalf of him after he was suspended by his Boss. 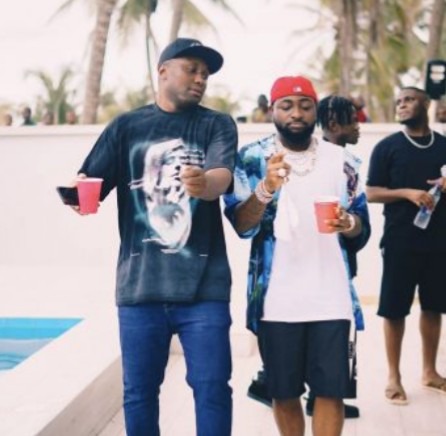 He was suspended over a comment made via social media platforms in the wake of Abba Kyari's indictment in fraud. According to a source, the decision was taken immediately after he took to his official Instagram page to drag the FBI following the order to arrest Deputy Commissioner of Police, Abba Kyari for his alleged engagement with the popular fraudster who was arrested in Dubai.

Recall his post that brought about his suspension Read, "Am fully standing with @abba Kyari. The man is a clean cop. He has fully tried and he is still trying in the aspect of fighting wild armed robbers and kidnappers. Kindly tell me who's a saint in Nigeria."

His post didn't go down well with the leadership of Davido Music worldwide DMW and Nigerians at large which led the management to suspend him for his misconduct.

After seeing through his suspension, Davido who is the leader of the crew forgave and accepted him back while cautioning him never to repeat such actions that could tarnish the reputation of the music label.

He took to social media once again to share a photo of himself and David as a sign of reconciliation. It's believed that he has learned his lessons a hard way. He is believed to resume his duties today.

His post on Instagram caught the attention of Nollywood actress, Nkechi Blessing Sunday, Djbign, and other fans who thanked David for giving him another chance to behave right to contribute his quota to the music industry.

Check Out Mixed Reactions below:

"@davido, with profound humility and sincere representation, thank you, sir" me. Jollof reacted while acknowledging his good heart. 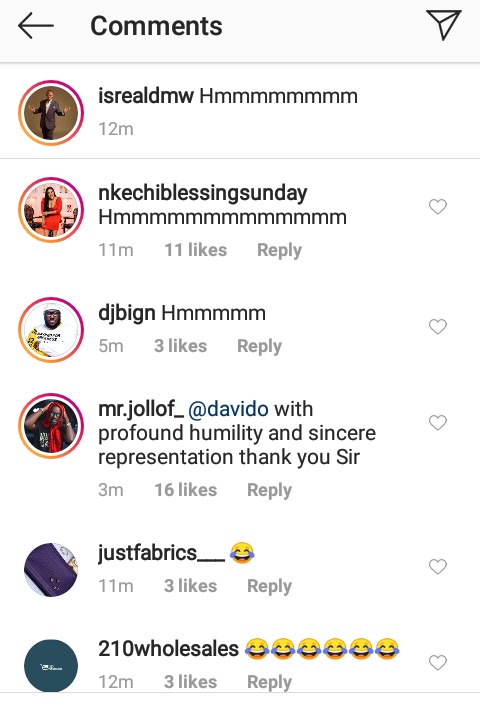 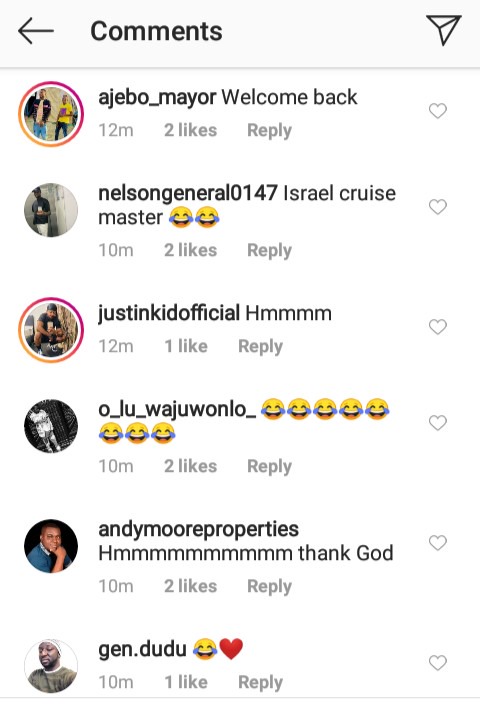 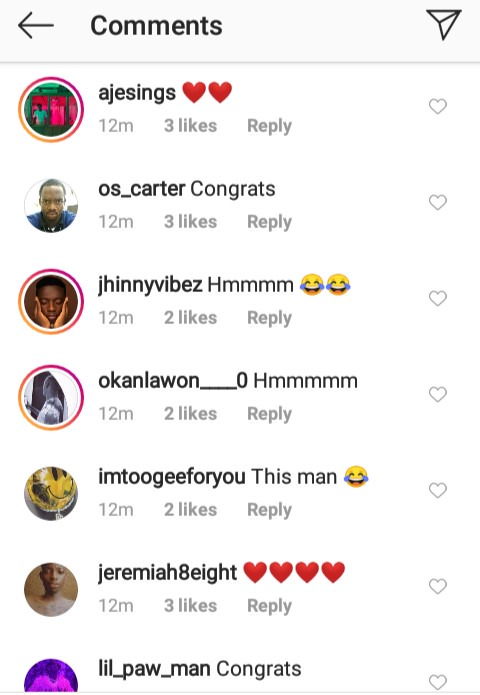 Check out more exclusive photos from the duo: 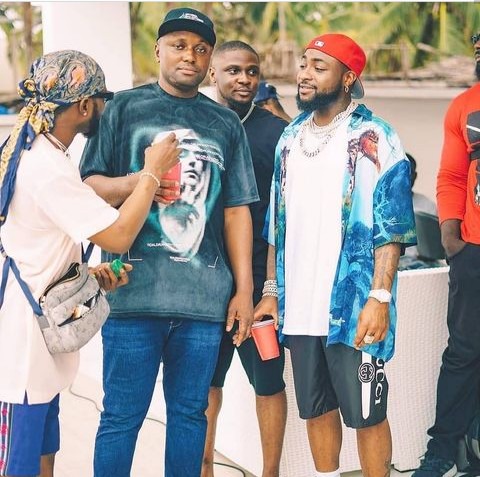 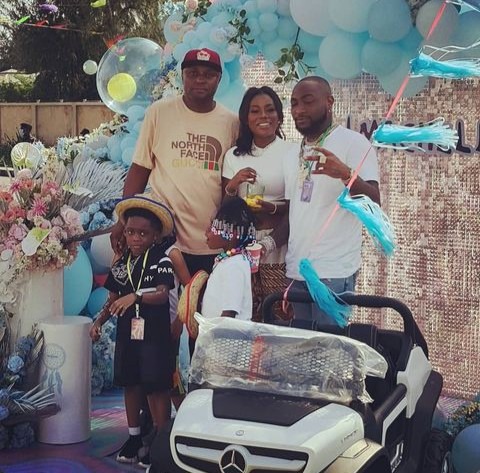 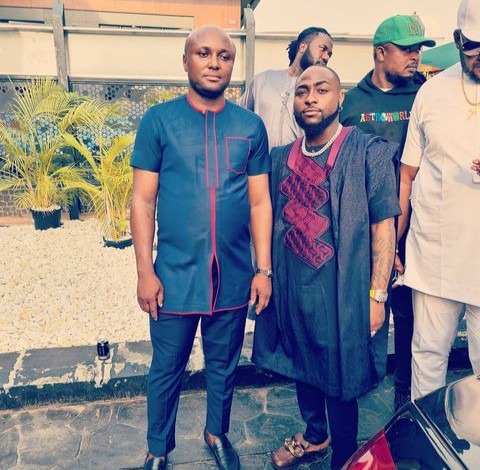 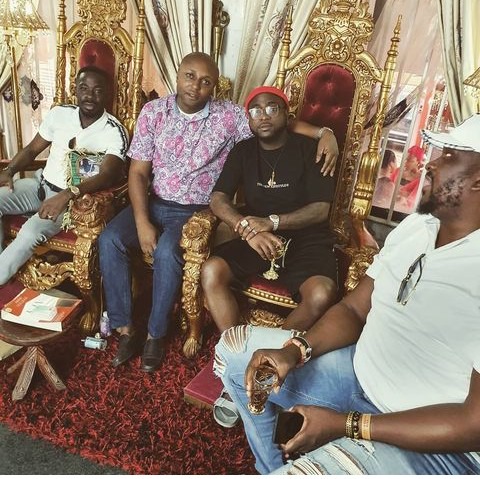 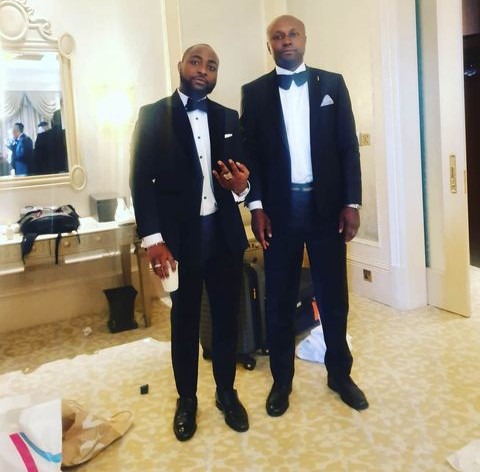 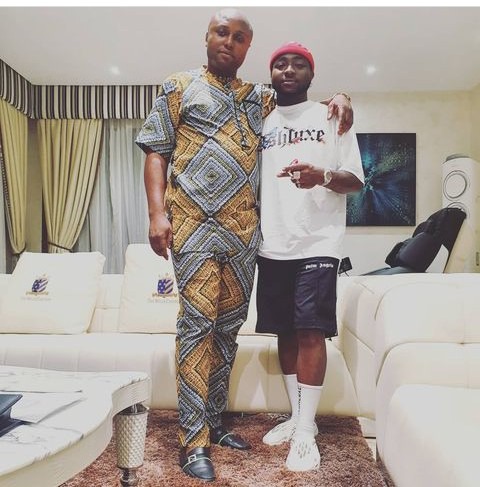 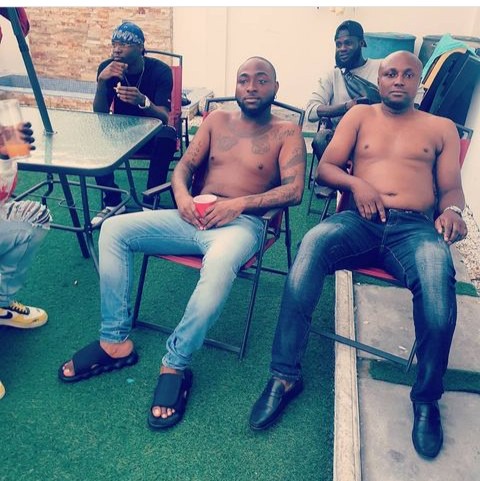 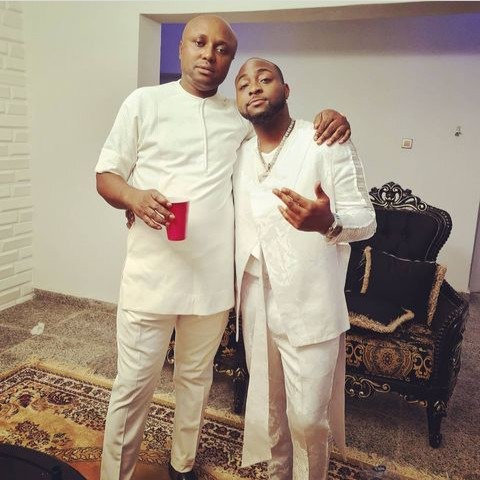 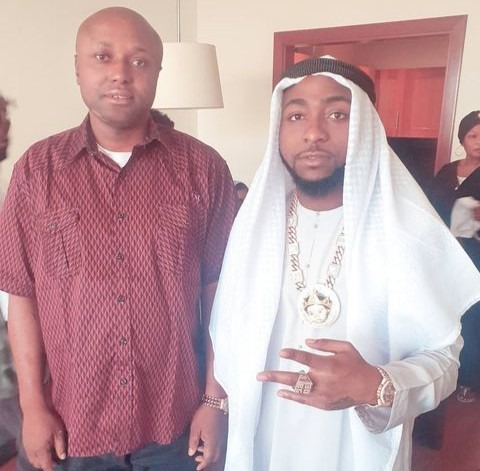