Davido replies Nengi after she tweeted about his song

The most influential artiste in Africa,Davido has replied Nengi after she promoted his music video. Nengi was used as a vixen in davido's music video titled "Jowo". Jowo was released in 2020 from Davido's third studio album "A Better Time". 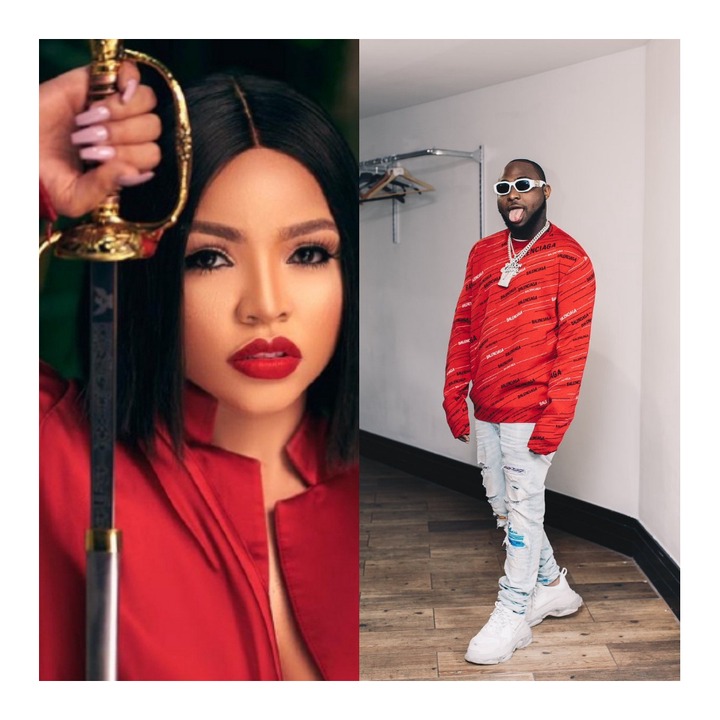 Rebecca Nengi Hampson simply known as Nengi is a Nigerian TV personality, enterpreneur and actress who was born January 1, 1998 in Bayelsa State. She studied Communication at the University of Port Harcourt. 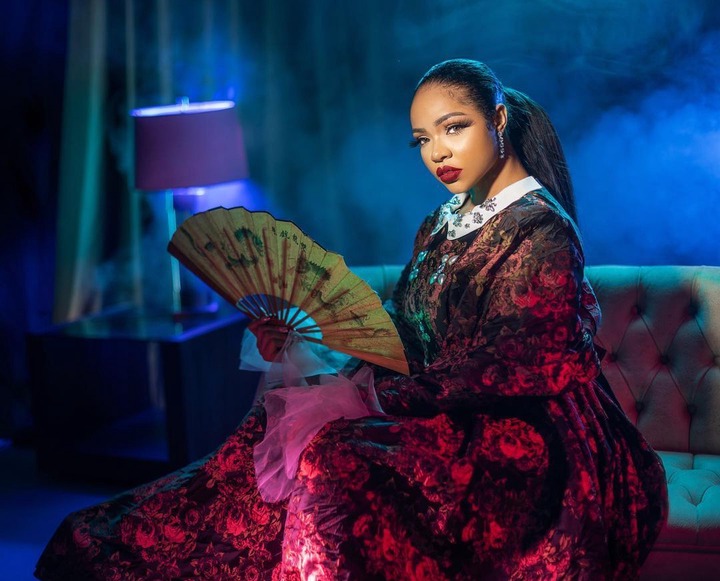 Nengi came into limelight as a former model and had made it to the MDGN 2017 top five contestants. Nengi became widely recognized after she participated in the Big Brother Naija Reality Show in 2020. 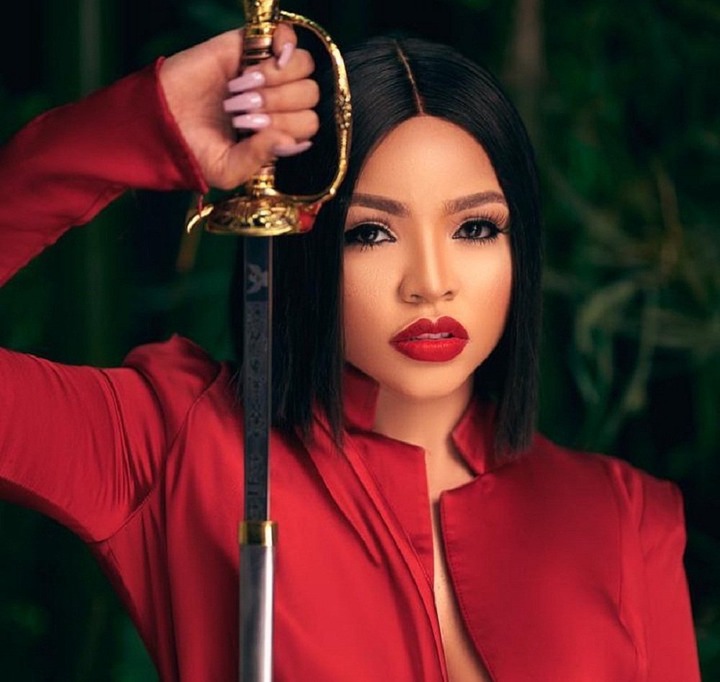 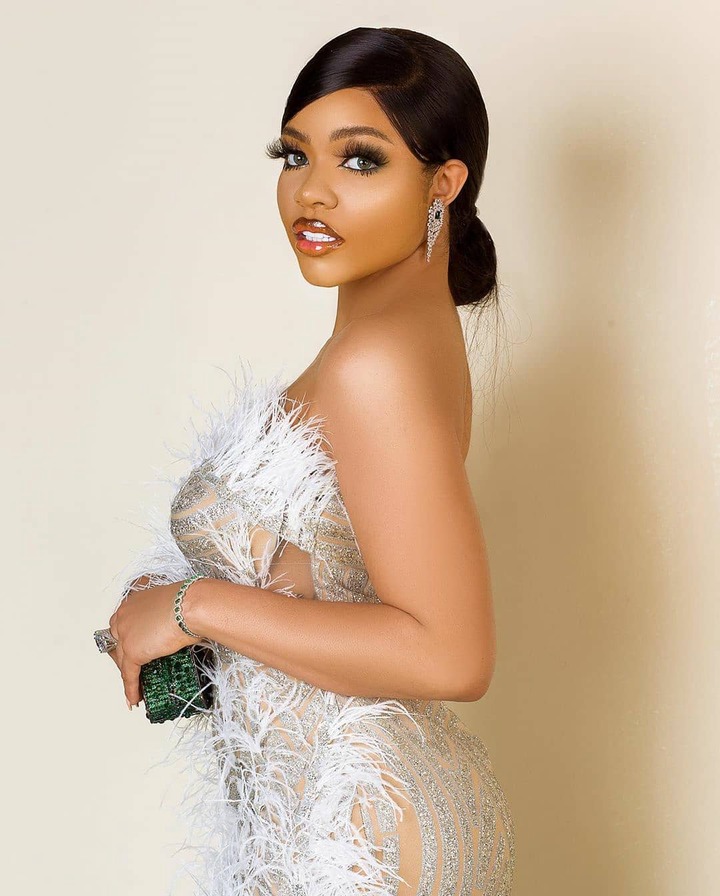 She was a vixen in Jowo music video. She promoted the music video after she showed gratitude to her supporters for viewing the video via YouTube. She tweeted 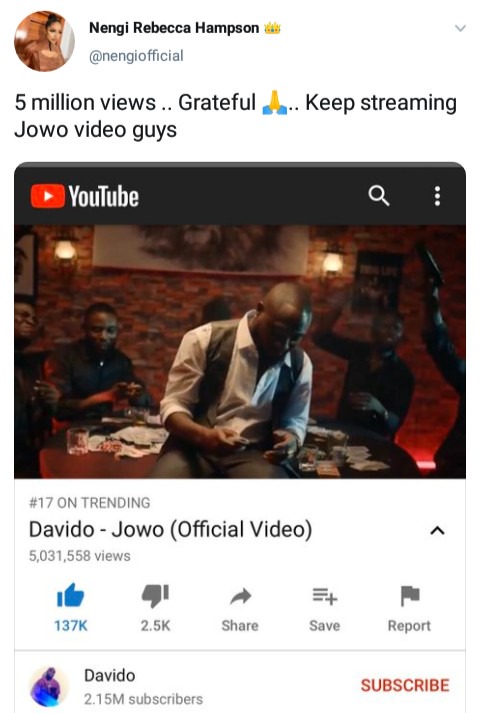 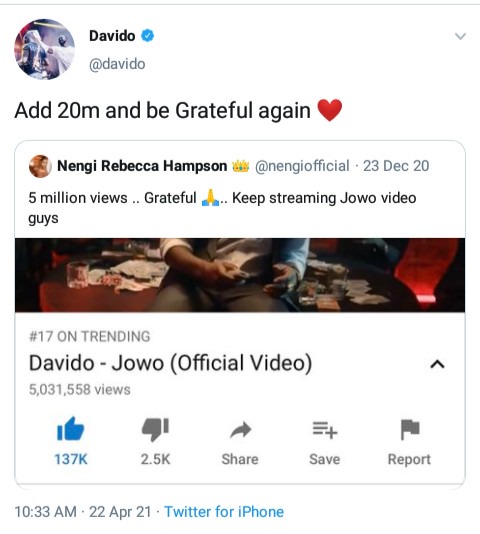 David Adeleke Adedeji professionally known as Davido is a Nigerian singer and songwriter who was born November 21, 1992 in Atlanta, Georgia. He rose to fame after releasing "dami duro" in 2012. 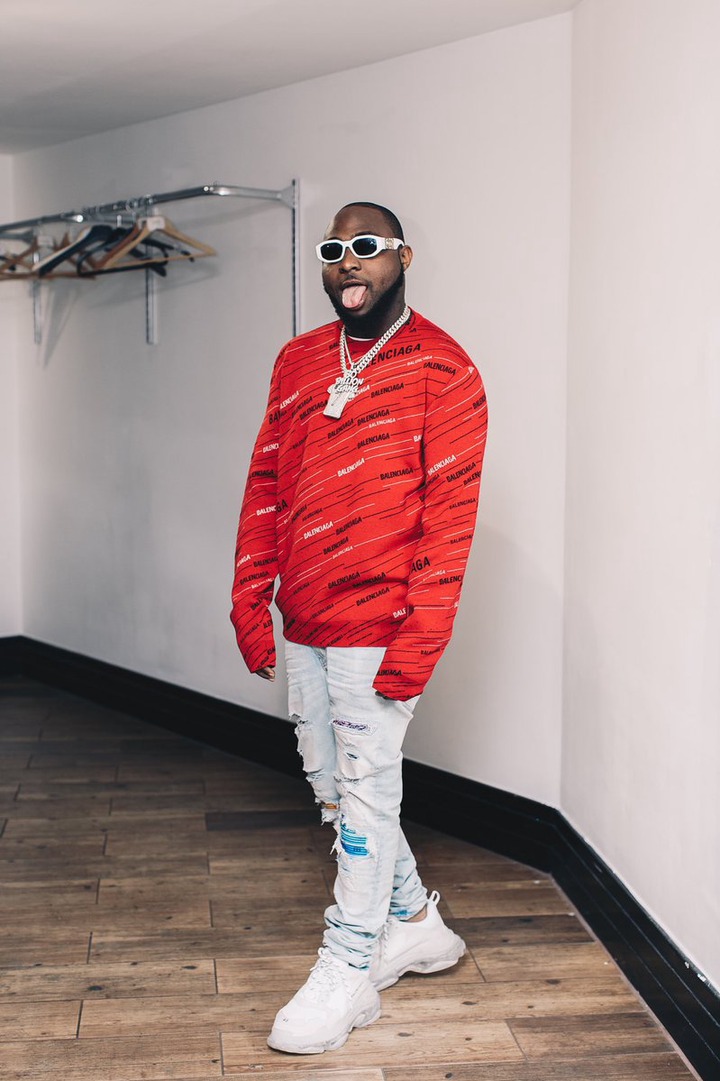 The Jowo crooner adviced his supporters and also Nengi's supporters to view his music video titled Jowo via YouTube.