Interesting Movies To Lookout For In September 2021

By Oliech1 (self media writer) | 8 months ago

Check-out the lists of exciting movies coming out in the month of September 2021.

Shang-Chi And The Legend Of The Ten Rings 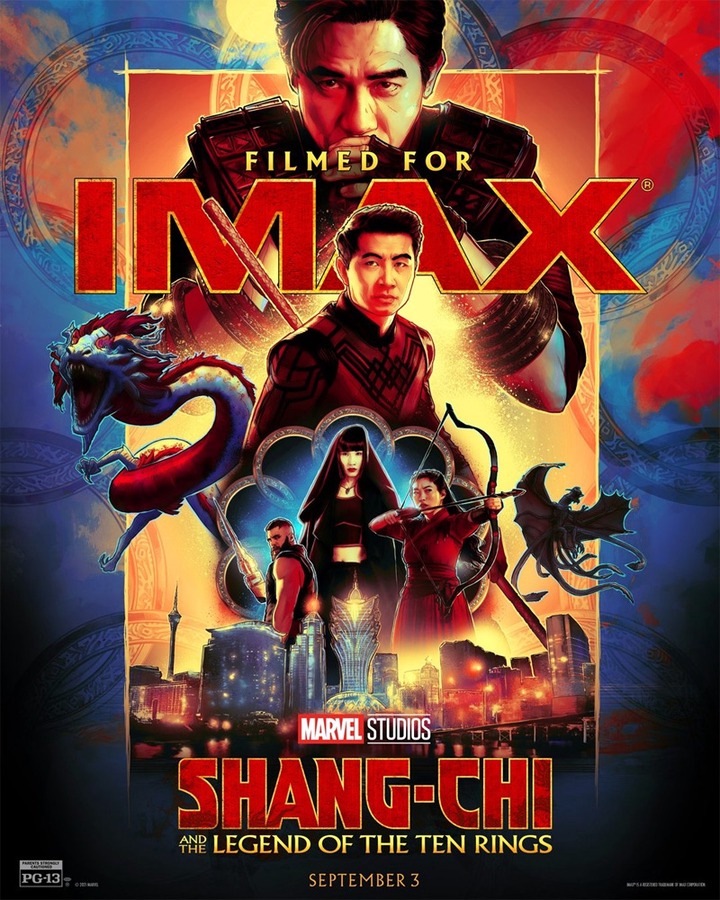 Shang-Chi, a skilled martial artist who was trained to be an assassin by the Ten Rings organization since childhood tried to create a normal life for himself in San Francisco, but he is forced to confront his past when they try to draw him in again. 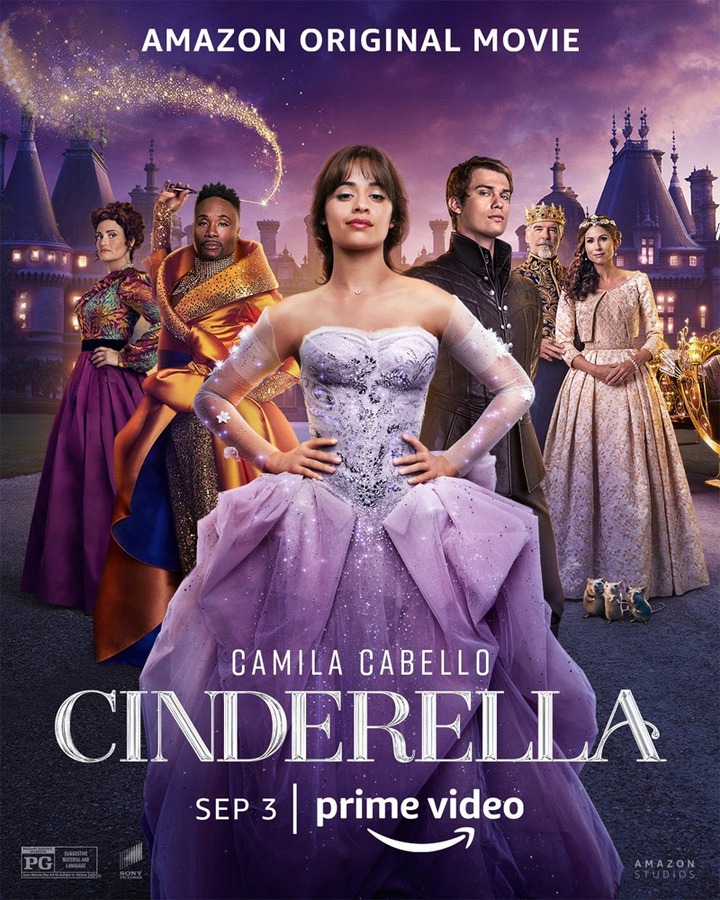 Kay Cannon's Cinderella is a musically-driven bold new take on the traditional story we grew up with. Our heroine is an ambitious young woman whose dreams are bigger than the world will allow, but with the help of her Fab G, she is able to exist and make her dreams come true. 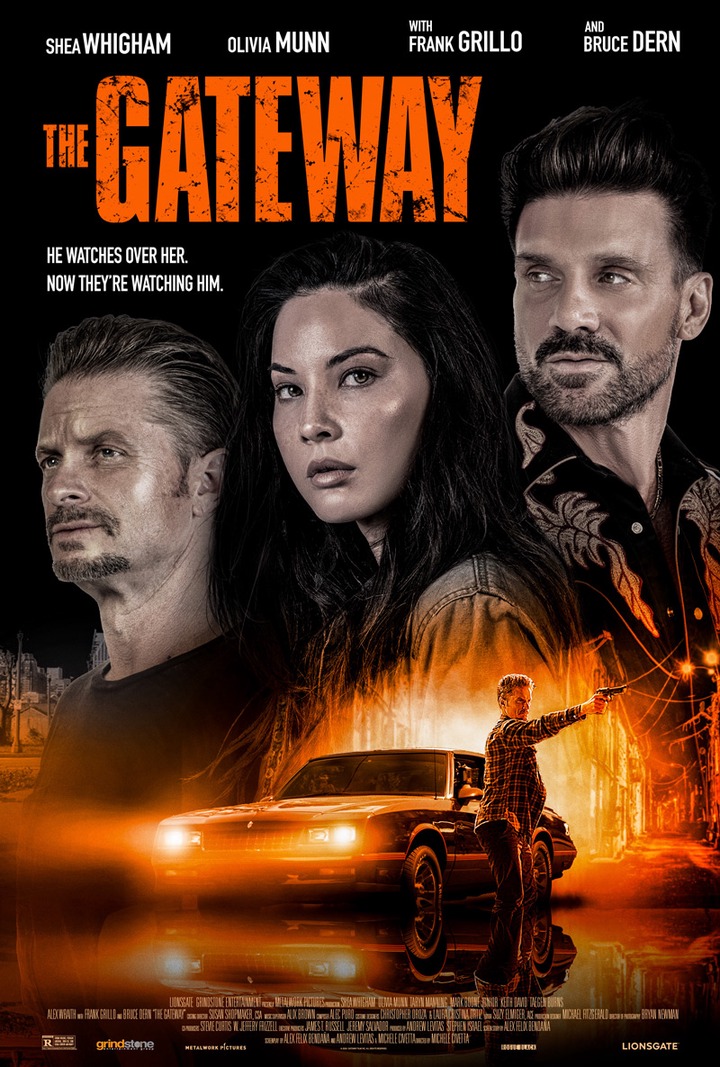 Parker, a down-on-his-luck social worker finds himself in over his head when he tries to protect his client from her recently paroled husband. Can Parker save the family from the violent threat of the insane drug dealer and his crew, desperate to reclaim their priceless collection?

We Need To Do Something 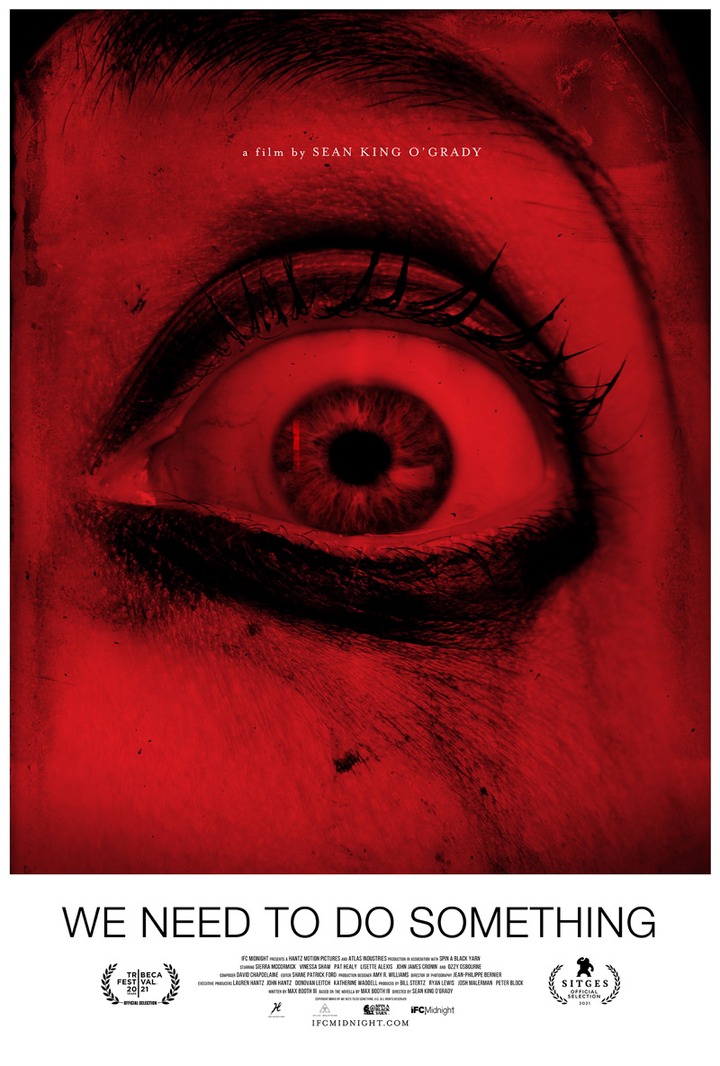 After Melissa and her family seek shelter from a storm, they become trapped. With no sign of rescue, hours turn to days and Melissa comes to realize that she and her girlfriend Amy might have something to do with the horrors that threaten to tear her family as well as the entire world, apart. 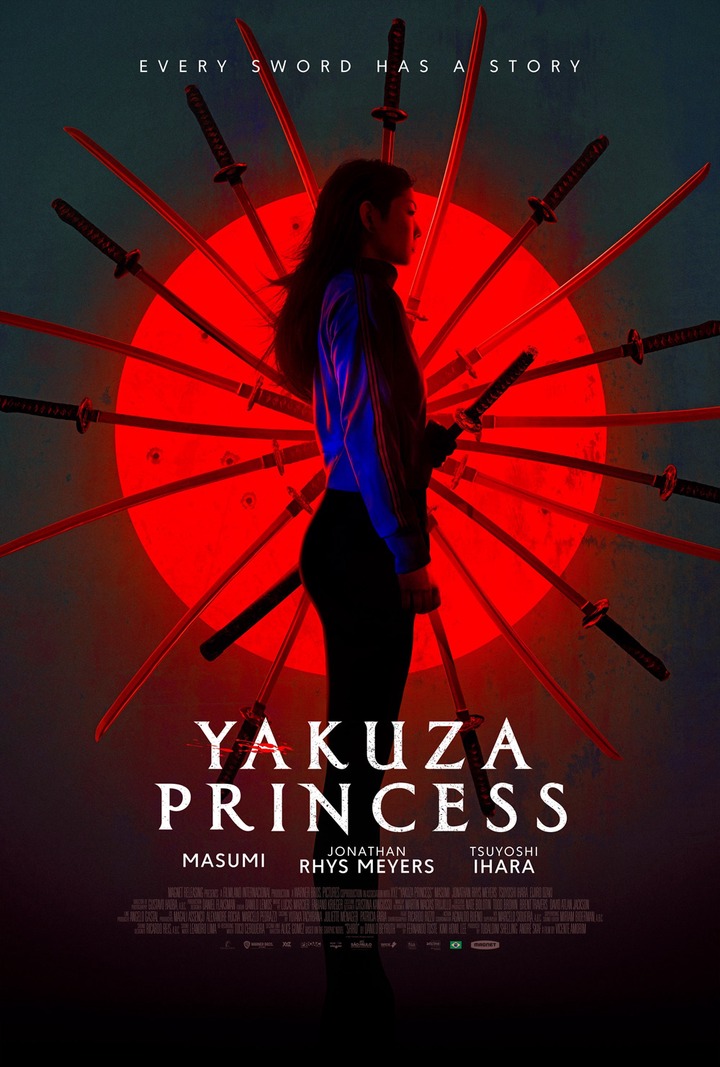 Yakuza Princess follows orphan Akemi, who upon turning 21, discovers she is the heiress to half of Japan's expansive Yakuza crime syndicate.

After forging an uneasy alliance with an amnesiac stranger who believes an ancient sword binds their two fates, Akemi unleashes war against the other half of the syndicate who wants her dead. 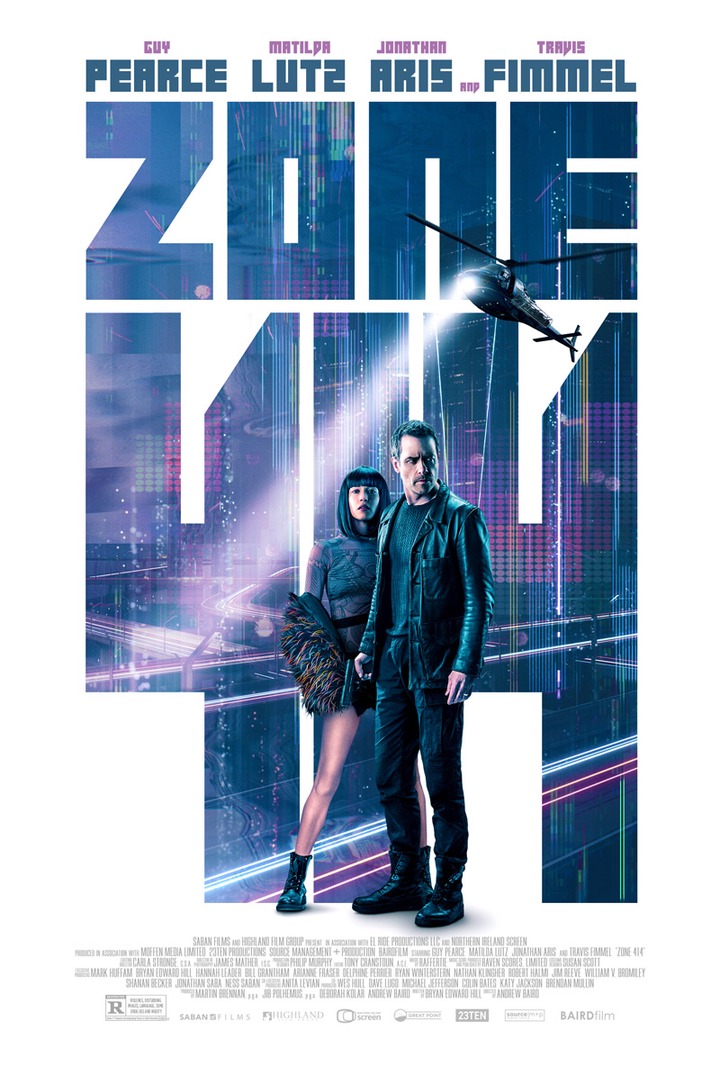 There is a dangerous, dark colony of humanoids known as "the city of robots.” The colony's creator hires the private investigator David Carmichael to track down his missing daughter.

David teams up with Jane, a highly advanced Artificial Intelligence equipped with the same technology of her fellow humanoids, but with all the emotions, feelings and dreams of a human being. They travel through the city uncovering clues and a crime that calls into question the origins and true purpose behind the city of artificial humans. 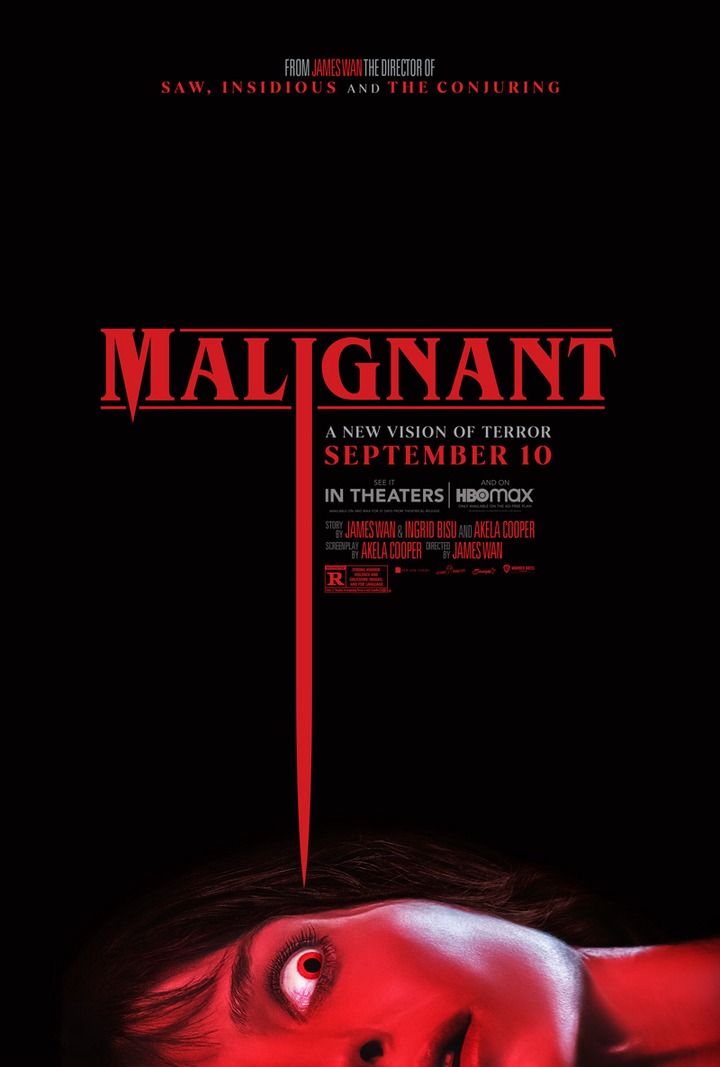 In the movie, Madison is paralyzed by shocking visions of terrifying murders, and her torment worsens as she discovers that these waking dreams are in fact terrifying realities. This movie 'Malignant' is the latest creation from Conjuring universe architect James Wan. 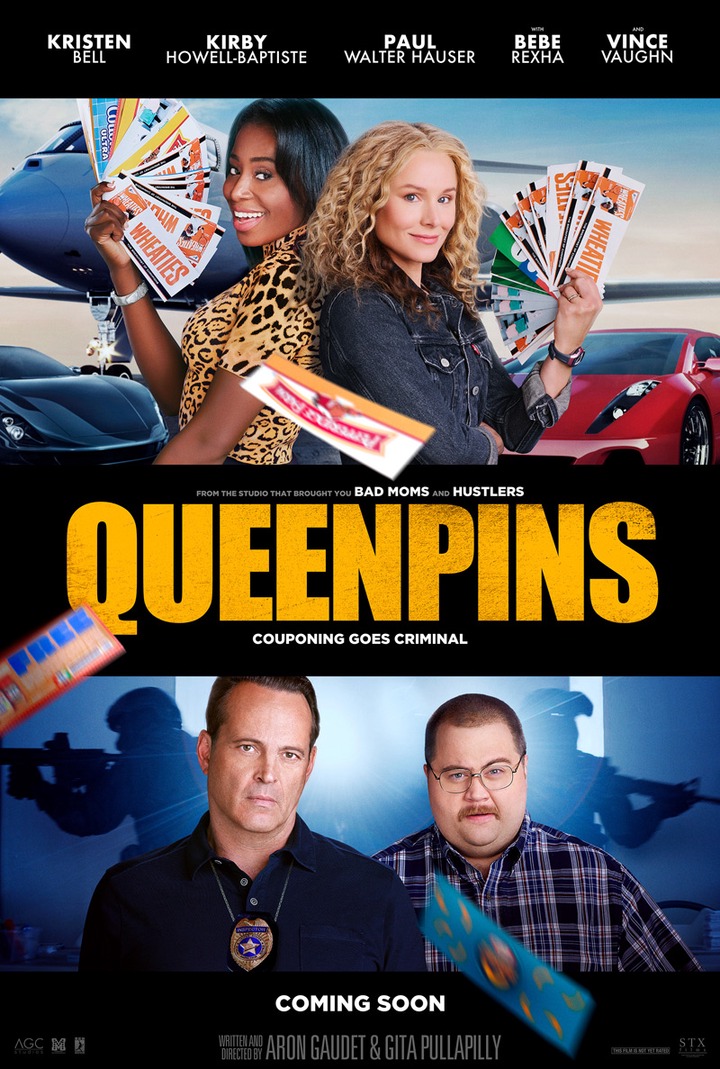 Inspired by a true story, Queenpins is an outrageous new crime comedy about a bored and frustrated suburban homemaker, Connie and her best pal JoJo, a videoblogger with dreams, who turn a hobby into a multi-million dollar counterfeit coupon caper.

After firing off a letter to the conglomerate behind a box of cereal gone stale, and receiving an apology note along with dozens of freebies, the two hatch an illegal coupon club scheme that scams millions from mega-corporations and delivers deals to legions of fellow coupon clippers.

On the trail to total coupon dominance, an unlucky Loss Prevention Officer from the local supermarket chain joins forces with a determined United States Postal Inspector in hot pursuit of these newly-minted "Queenpins" of pink collar crime. 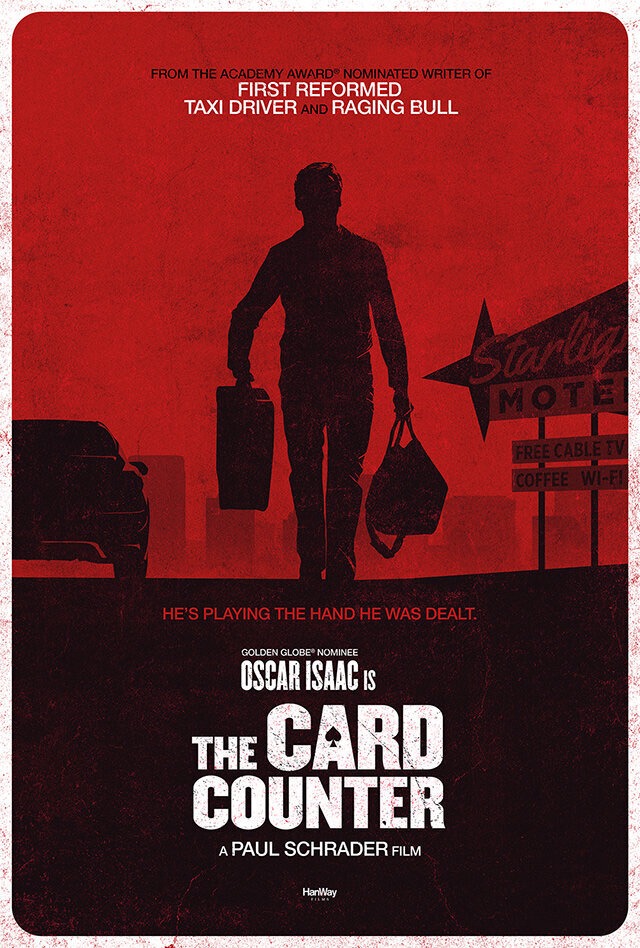 The film follows William Tell, a gambler and former serviceman who sets out to correct a young man seeking revenge on a mutual enemy; for Tell just wants to play cards.

His determined existence on the casino trail is shattered when he is approached by Cirk, a vulnerable & angry young man seeking help to execute his plan for revenge on a colonel. Tell sees a chance at redemption through his relationship with Cirk.

Gaining backing from mysterious gambling financier La Linda, Tell takes Cirk with him on the road, going from casino to casino until the unlikely three set their sights on winning the World Series of poker in Las Vegas. But keeping Cirk on the straight-and-narrow proves impossible, dragging Tell back into the darkness of his past. 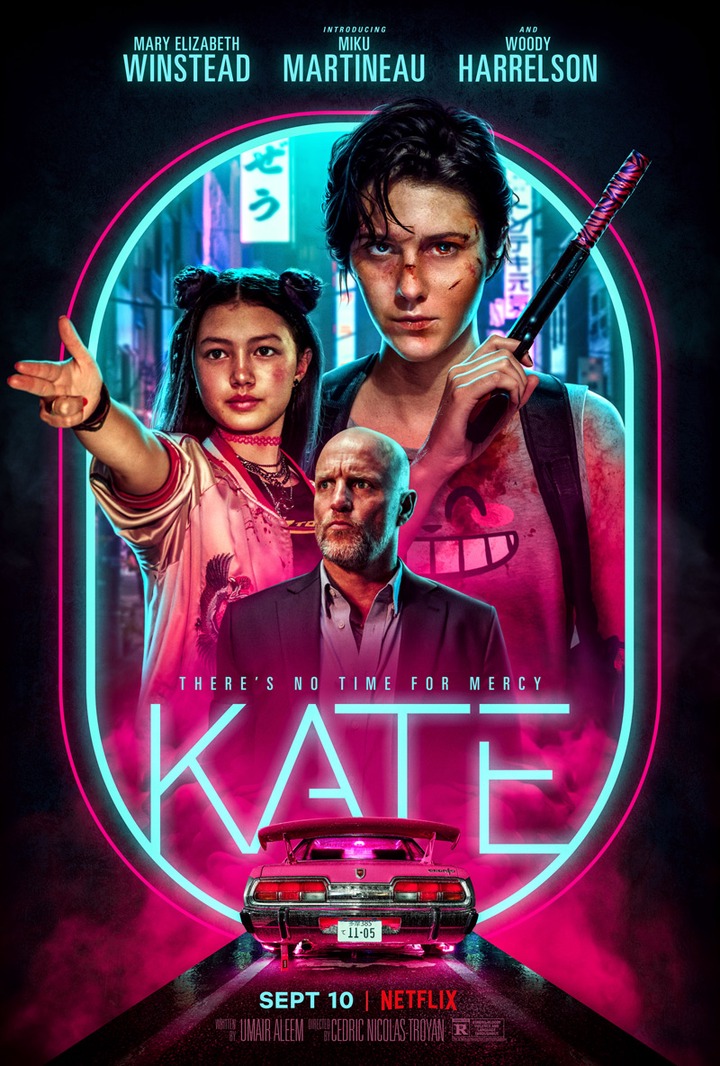 Careful and extraordinarily skilled, Kate is the perfect specimen of a finely tuned assassin at the height of her game. But when she uncharacteristically blows an assignment targeting a member of the Yakuza in Tokyo, she quickly discovers she has been poisoned, a brutally slow execution that gives her less than 24 hours to exact revenge on her killers.

As her body swiftly worsen, Kate forms an unlikely bond with the teenage daughter of one of her past victims. Kate follows a burned assassin’s furious pursuit of one last self-appointed job. 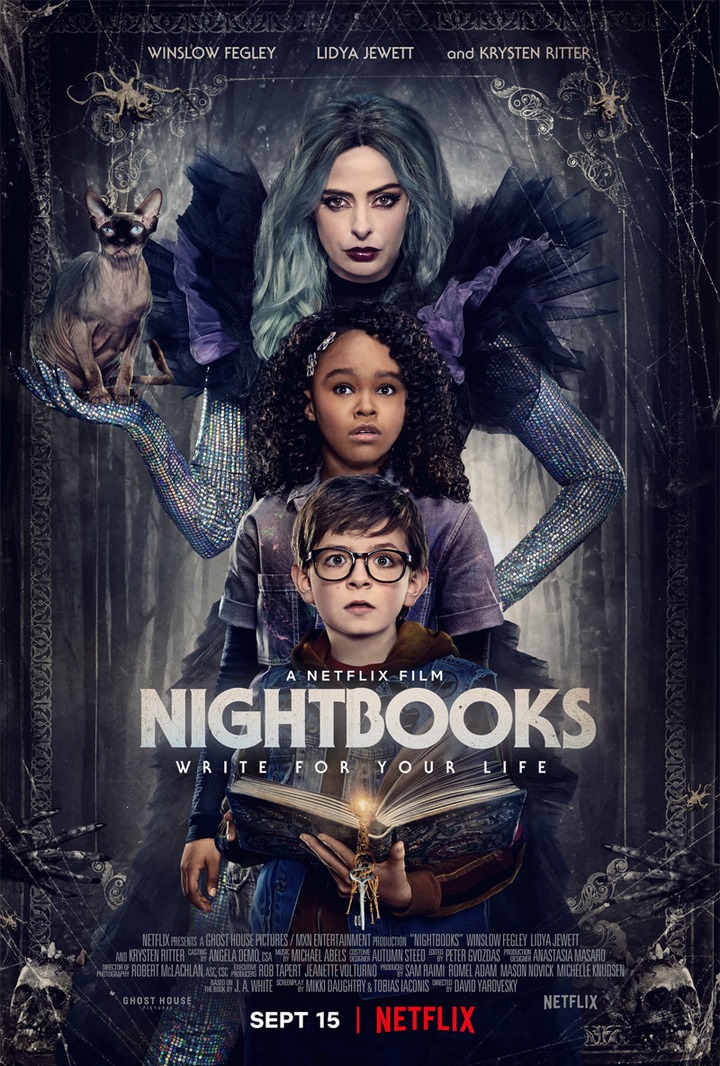 Alex is a creative boy with a strong passion for writing scary stories. But when he was labeled weird and rejected for what he likes, he swears he will never write again. That's when an evil witch captures him in her magical apartment in New York City and demands that he tell her a new tale every night if he wants to stay alive.

Trapped inside with Lenore, the witch's spiteful cat watching his every move, Alex meets Yasmin, another young prisoner who has learned how to survive the witch's wicked whims. With Yasmin’s help, Alex must learn to embrace what makes him unique, his love for scary stories, and rewrite his own destiny to break them free. 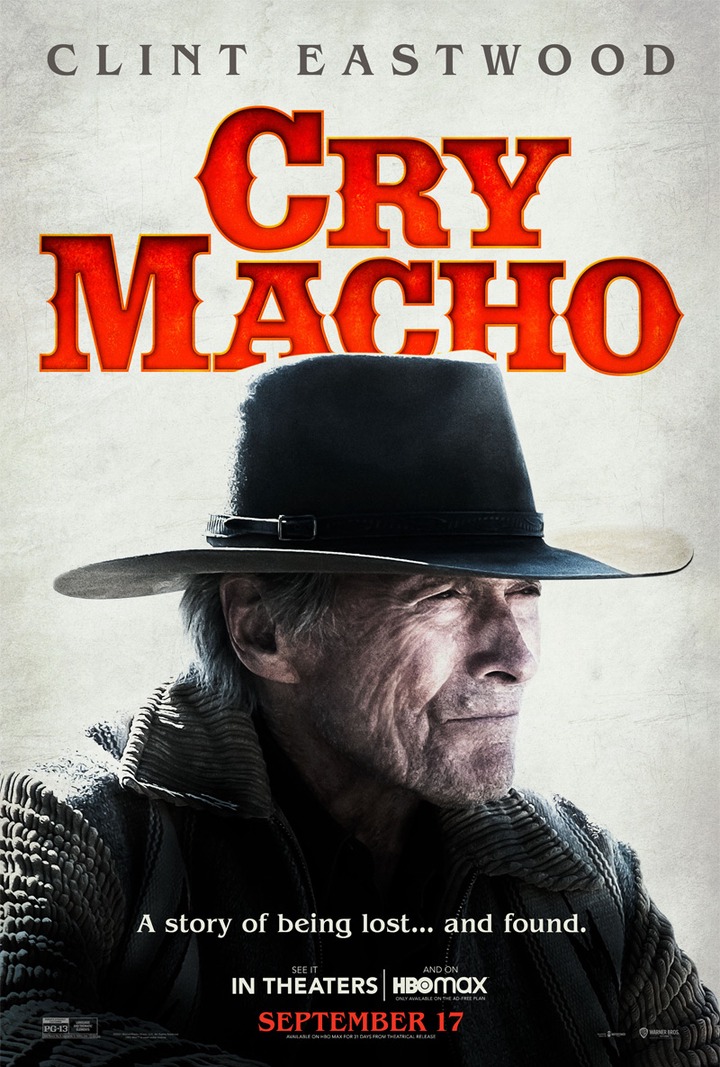 Mike Milo, a one-time rodeo star and washed-up horse breeder who, in 1979, takes a job from an ex-boss to bring the man's young son home from Mexico.

Forced to take the backroads on their way to Texas, the unlikely pair faces an unexpectedly challenging journey, in which the world-weary horseman finds unexpected connections and his own sense of redemption. 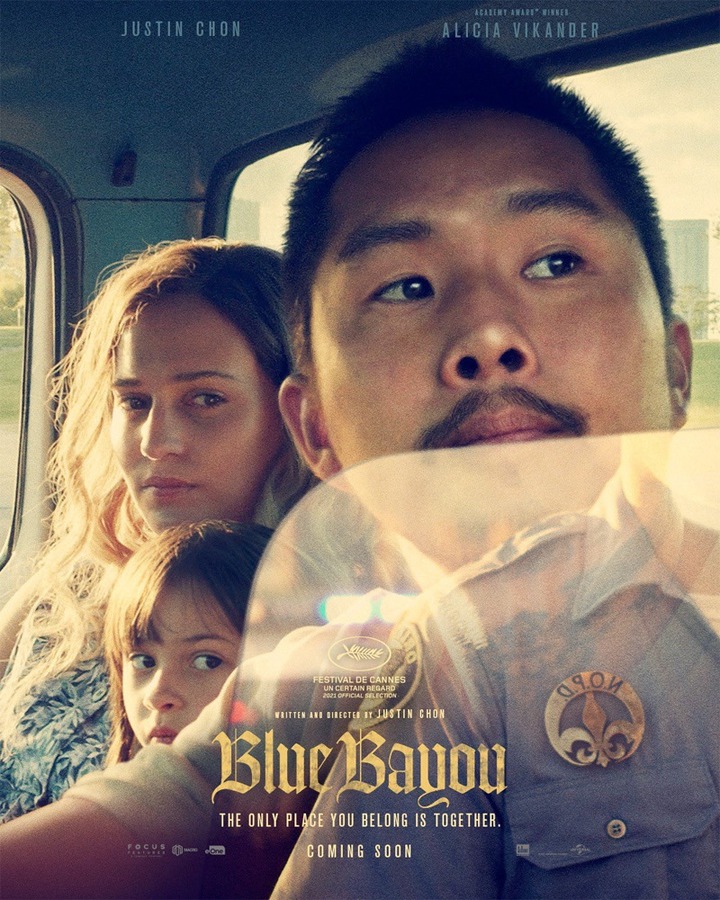 Blue Bayou is the moving and timely story of a uniquely American family fighting for their future. Antonio LeBlanc, a Korean adoptee raised in a small town in the Louisiana bayou, is married to the love of his life Kathy and step-dad to their beloved daughter Jessie.

Struggling to make a better life for his family, he must confront the ghosts of his past when he discovers that he could be deported from the only country he has ever called home. 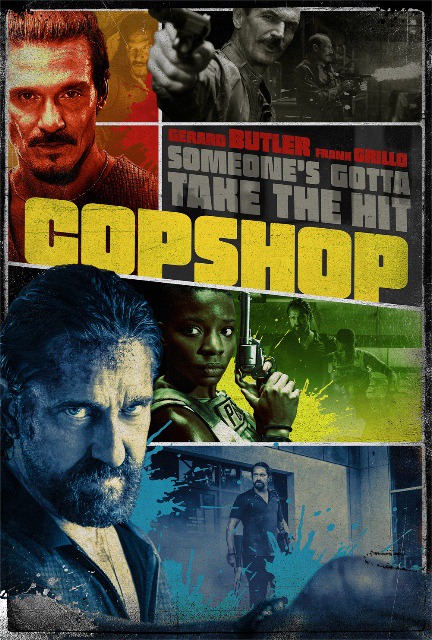 Screaming through the Nevada desert in a bullet-ridden Crown Vic, the cunning con artist Teddy Murretto hatches a desperate plan to hide out from lethal hitman Bob Viddick: He sucker-punches rookie officer Valerie Young to get himself arrested and locked up in a small-town police station.

But jail can't protect Murretto for long. Viddick soon schemes his own way into detention, biding his time in a nearby cell until he can finally complete his mission. When the arrival of a competing assassin ignites all-out mayhem, mounting threats force Viddick to get creative if he wants to finish the job and escape the explosive situation.

Lady Of The Manor 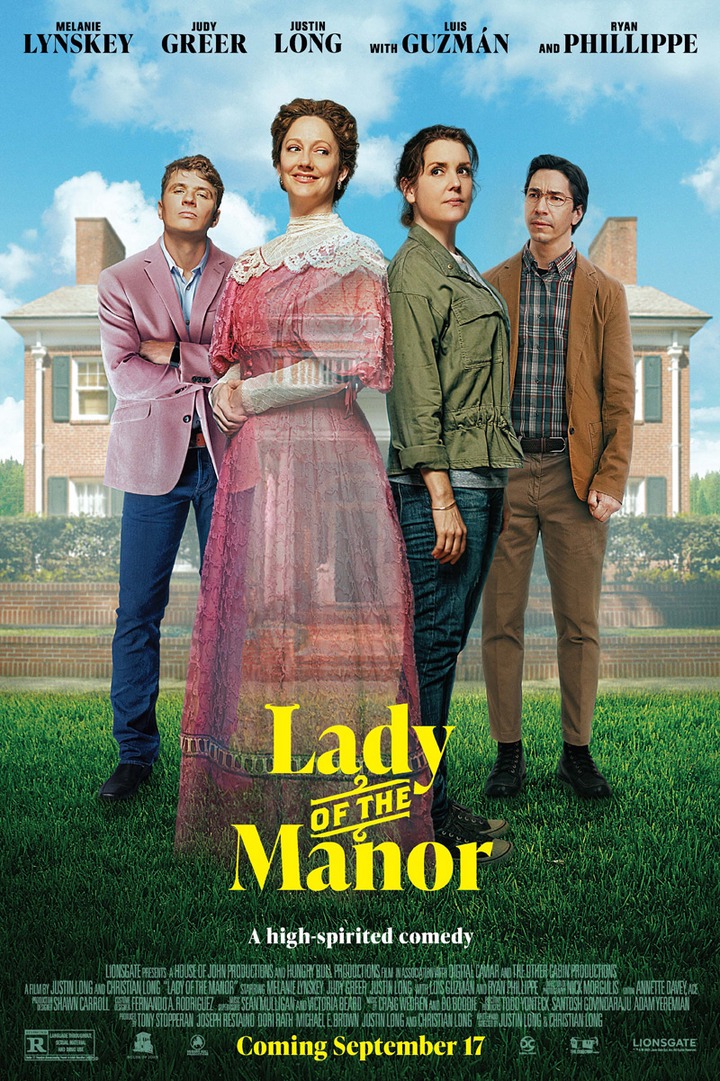 Past and present collide in this supernaturally funny buddy comedy film when the "aimless good for nothing" lazy Hannah is hired to portray Lady Wadsworth, a Southern belle who died in 1875, in a tour at Wadsworth Manor.

Hannah, a hot mess, figures she can fake it until the ghost of Lady Wadsworth appears! Lady Wadsworth tells Hannah it was time to change her wild ways and she will haunt her until she does.

Prisoners Of The Ghostland 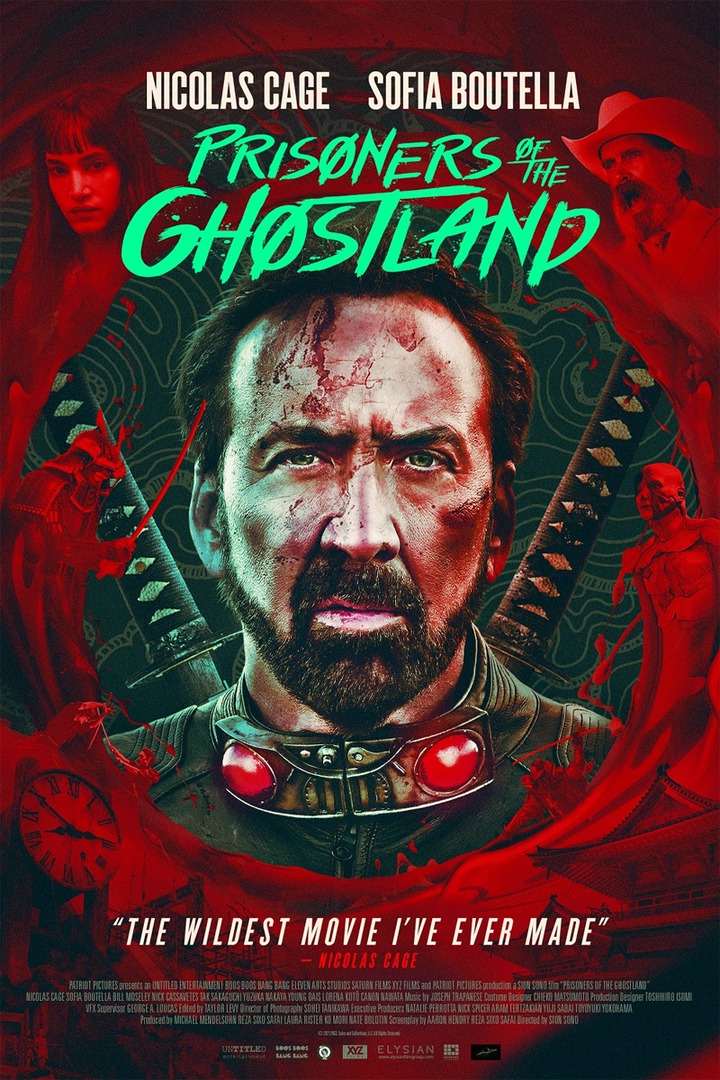 In the treacherous frontier city of Samurai Town, a ruthless bank robber is sprung from jail by a wealthy warlord known as The Governor, whose adopted granddaughter Bernice has gone missing.

The Governor offers the prisoner his freedom in exchange for retrieving the runaway. Strapped into a leather suit that will self-destruct within only five days, the bandit sets off on a journey to find the young woman, and his own path to redemption. 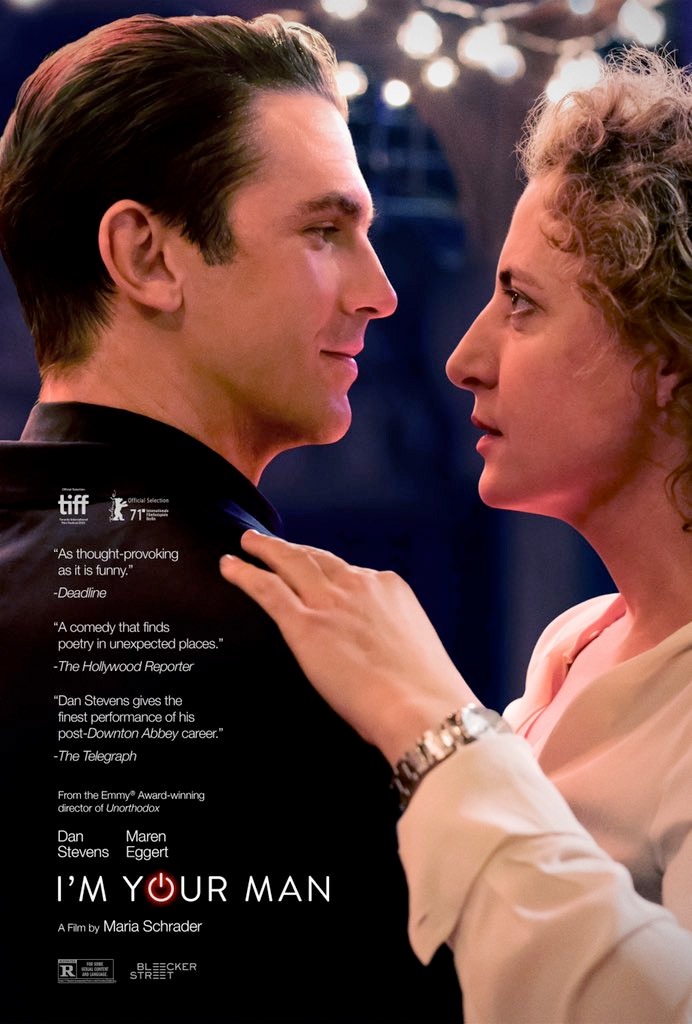 Alma is a scientist at the famous Pergamon Museum in Berlin. In order to obtain research funds, she is persuaded to participate in an extraordinary study. For three weeks, she must live with a humanoid robot tailored to her character and needs, whose artificial intelligence is designed to be the perfect life partner for her.

Alma meets Tom, a robot in human form in a class of its own, created solely to make her happy. A comic-tragic tale about the questions of love, longing and what makes a human being human. 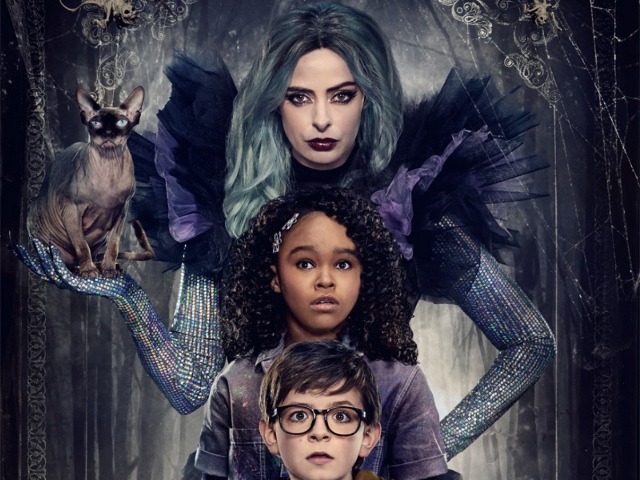 Which of these listed movies will be exciting for you to see in September 2021?

Content created and supplied by: Oliech1 (via Opera News )