By Mystical_Wondaz (self meida writer) | 15 days 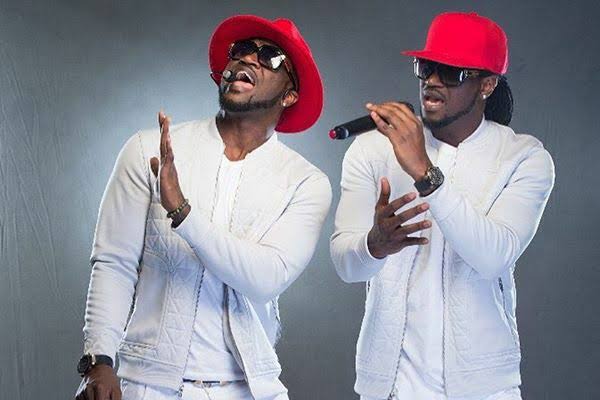 The group "P-Square" thrilled Nigerians, African and the world with their melody and dance moves for years.

The defunct music duo consisting of the twin brothers, Peter Okoye and Paul Okoye. They produced and released their albums through Square Records.

On 25 September 2017, numerous media outlets reported that the group disbanded. Reports about a breakup surfaced after Peter reportedly sent a termination letter to the group's lawyer. Before this report, the duo disbanded in 2016, supposedly over a disagreement about the role of their manager.

The brothers have gone on to pursue a solo career as Mr P and Rudeboy for Peter Okoye and Paul Okoye respectively. 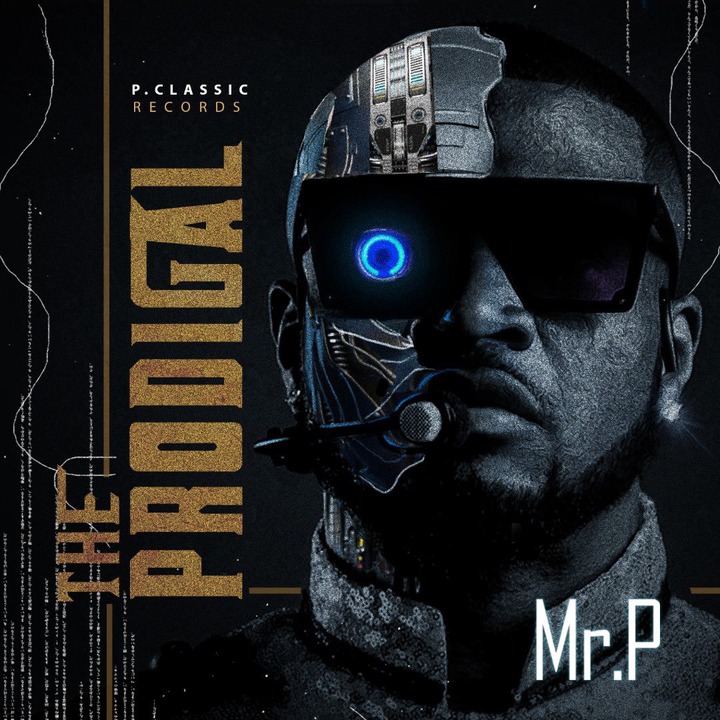 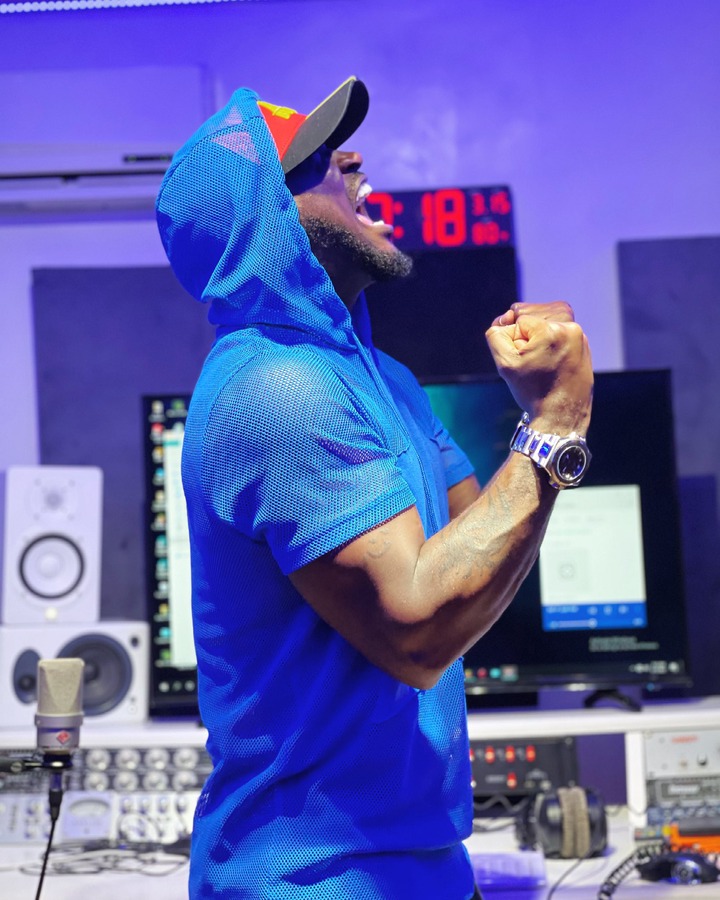 After their break up, Paul had said his brother was more of a dancer than a singer that he was the singing hub of the group. Many fans believed his fallacies until his brother dropped his debut album tagged "The Prodigal" which has gone on to receive massive media approval and radio airplay. 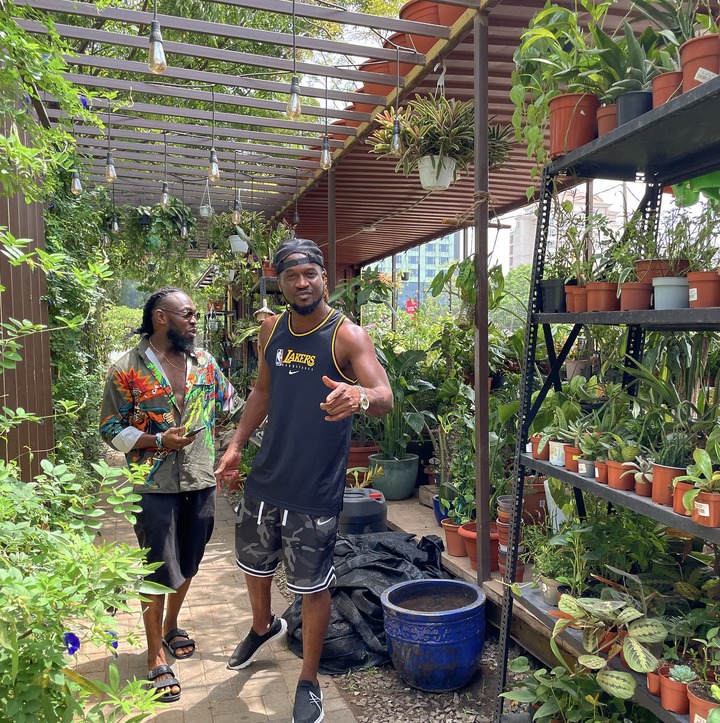 Recently, Rudeboy posted a picture of himself and Nigeria dancehall art Timaya in a garden set up and many fans took to the comment section to draw the singer for lying against his brother. 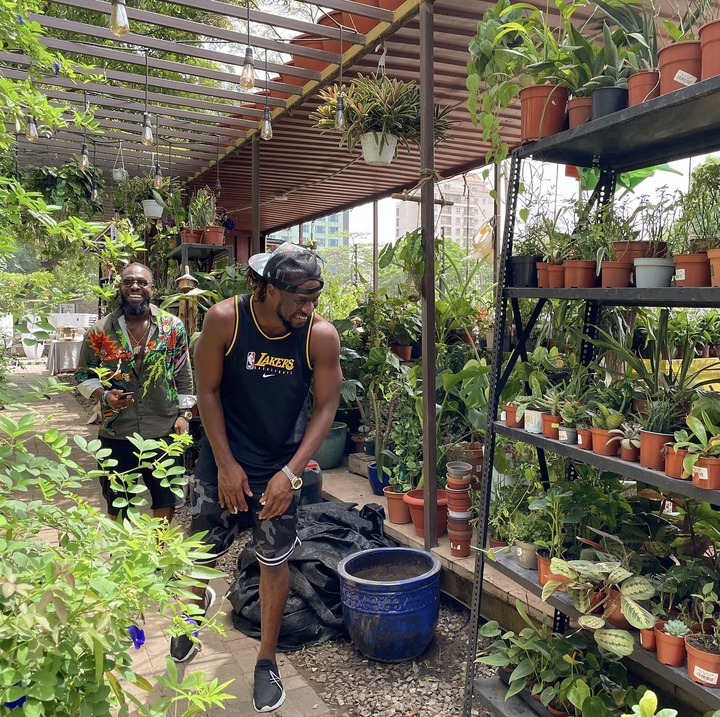 Below are pictures of the comment from the fans; 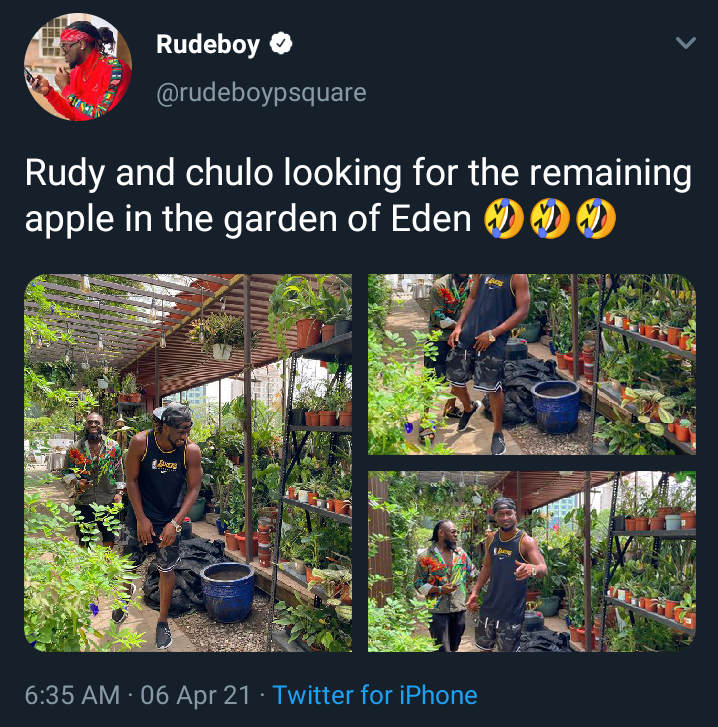 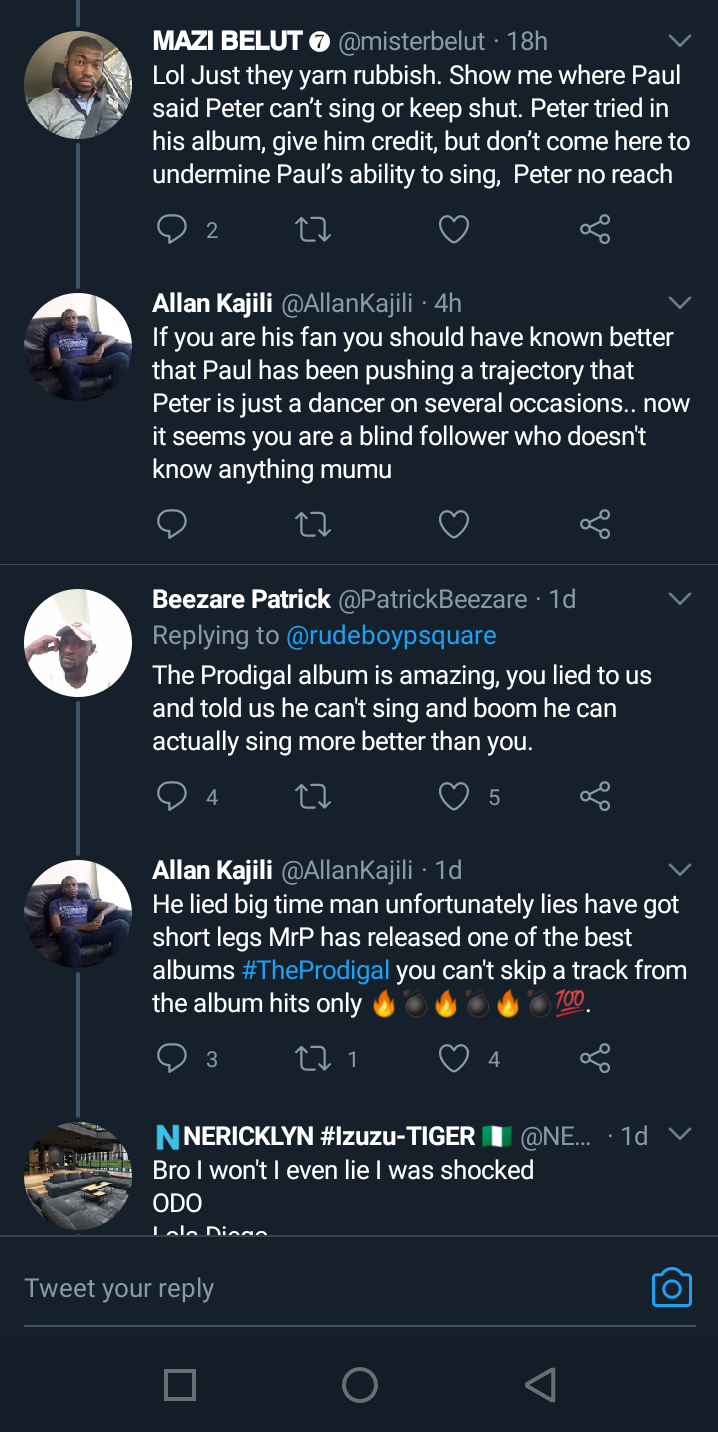 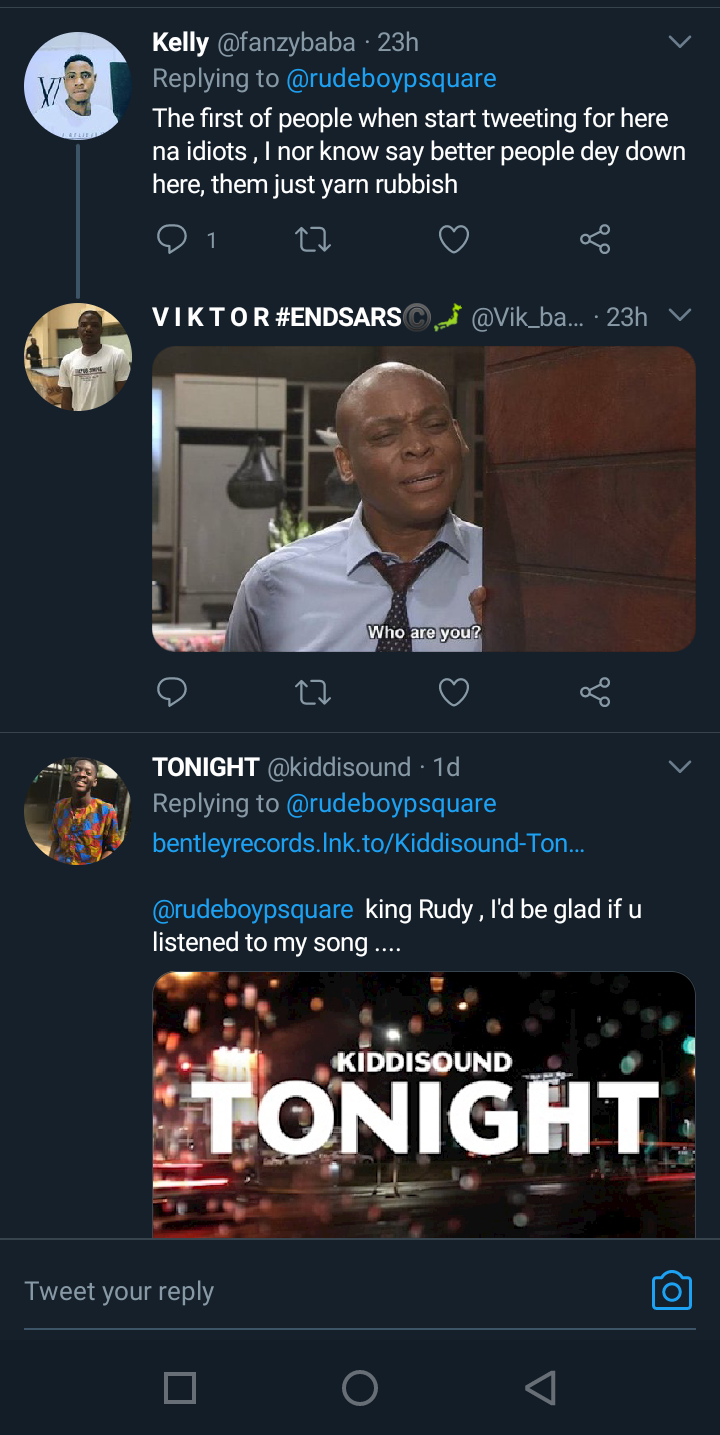 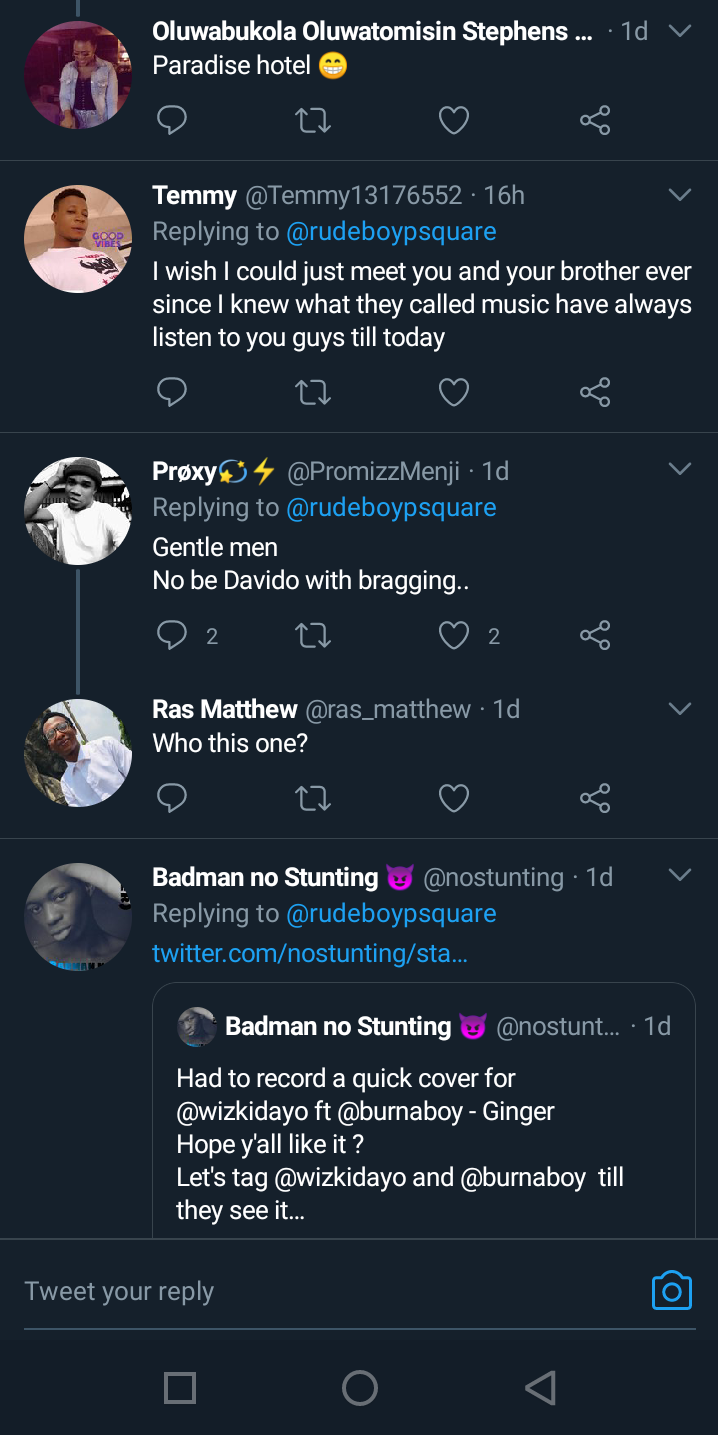 Everyone will always wish the brothers get back one day even if it's for a single track.

The world at large have missed the beautiful musical chemistry and melody the brothers showcased to the world.

Checkout More Photos Of The Instagram Comedian, Pankeeroy, That Was Arrested By EFCC Recently