See Beautiful Pictures Of Nollywood Actresses We All Thought Were Nigerians

You probably do not know that some of your favorite Nigerian celebrities aren't fully Nigerians. As a matter of fact, most of them spent a better part of their life outside Nigeria and returned back to Nigeria as fully grown adults. Seeing them on set and how fluent they are in their respective native languages makes you convinced they are fully bred Nigerians but they are not.

Let us take a look at some of your favorite Nigerian celebrities who are not full Nigerians.

Popular Nigerian Actress, Caroline Danjuma was born in 1980 to a Scottish father and a Nigerian mother. She was introduced into the Nigerian Industry by Chico Ejiro through Rita Dominic through her very first movie, 'Daily Care'. Many do not know this, but Caroline dated Tuface Idibia during her early years in the Nigerian movie industry. She got married to Musa Danjuma, younger brother of Theophilus Danjuma in 2007. They got separated 9 years later in 2016 after having 3 kids together.

You may recall back in 2017, Caroline was involved in a "feud" with popular musician, Davido in which Caroline accused Davido of having a hand in the death of "Tagbo" (a mutual friend of the 2 celebrities). Davido later went on to shade the actress on his hit single that year titled "FIA". He sang "Shuku shaker aya shoemaker. Caroline save your drama, I don't need it for the soap opera..." Yeah, that was Caroline Danjuma he was referring to.

See beautiful pictures of Caroline below: 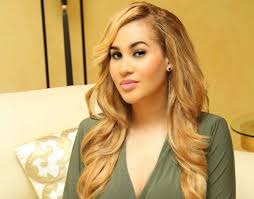 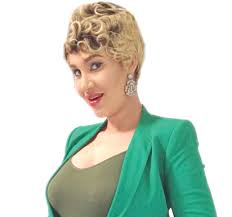 Lilian Bach is a veteran Nollywood actress and model. She was born in Lagos Island to a Yoruba mother and a Polish father. She lived in various parts of Nigeria growing up as a result of her Father's profession. Lilian studied theatre arts at the University of Lagos. She competed in the Most beautiful girl in Nigeria at some point and featured in several television commercials. An example of such television commercial is when she was the face of Delta soap. Her acting career started in 1997. She has also appeared in a number of English and Yoruba movies.

See stunning pictures of Lilian below: 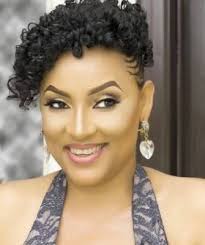 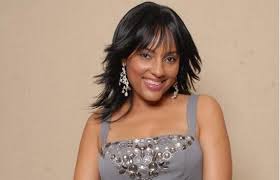 Seeing Adunni Ade on set makes you wonder if she is truly a Nigerian. Adunni is a popular Nigerian actress and fashion model. She was born in Queens, New York, United States of America to a Nigerian father and a German-American mother. She was raised in Lagos and the United States. Her father who was a successful businessman in Lagos inspired her to study accounting, which she did at the University of Kentucky and graduated in 2008. She got her first Nollywood job as an actress after moving back to Nigeria in the Yoruba movie 'You and I' in 2013.

Though having a foreign accent, Adunni Ade is a force to reckon with in Yoruba movies and the movie industry in general. She has worked with a lot of big names in Nollywood. I'm talking about the likes of Odunlade Adekola, Femi Adebayo, Ibrahim Chatta, Afonja Olaniyi (Sanyeri) and lots more.

See beautiful pictures of the actress below: 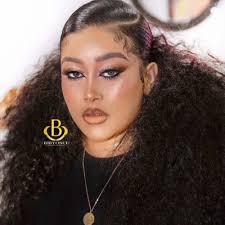 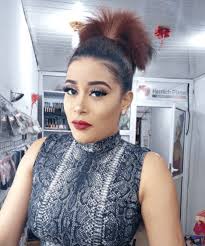