By DFMedia (self media writer) | 1 month ago 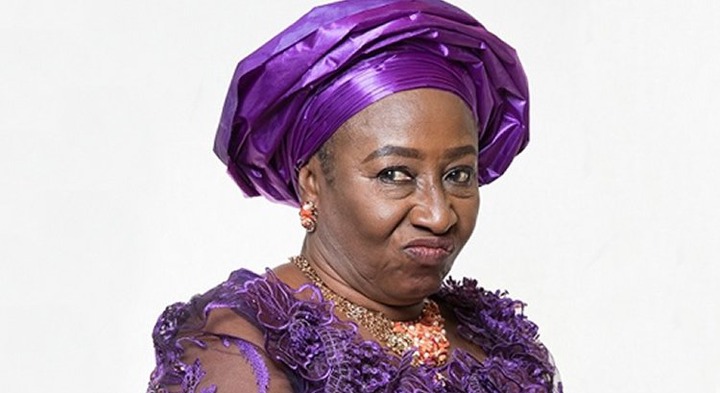 The ace Nollywood actress stated this via her social media handle on Saturday, stating that she counts her old age as a blessing.

According to the ''Chief Daddy'' star actress, she gets comments about her old age but she’s not worried about people’s validation.

Patience who is now a 63-year-old actress asked rhetorically, “When did old age stop being a blessing?"

She added that some "People do all manner of stuff to cover up aging – good for them!"

The actress who has played on-screen mother to many A-list actors said she owns her age and experience, in fact with enormous blessings.

In her words, “Comments like ‘she now looks so old, ‘she don old suddenly’, ‘she don old finish’, ‘Ahaa Mama what happened, make me smile because I own my age and experience with my full chest and count it an enormous blessing."

Mama G as she is popular known concluded that aging isn't undesirable or unattractive while urging people to enjoy old age to the fullest.

In the words of the multi-award-winning actress, “Enjoy the years you’ve been blessed with to the fullest and as for me, I am not afraid to look/be old because aging is not unattractive or undesirable."

She quickly added, "Life is fleeting".

The ace Nigerian actress has been acting in the Nigerian soap opera since the ’90s her second movie feature, Authority, released in 1999 shot her to the limelight.

Read Also: Moyo Lawal - Marriage Is Beautiful But Here Is Why I'm Running Away From Getting Married