Will Smith: "Entangled" In The Pursuit Of Happiness

In the 2006 biographical film titled The Pursuit Of Happiness, Will Smith played a man who endured hardship, broke, homelessness, and broken marriage in pursuit of happiness, a career that would make him an accomplished and happy human being. This time around, in real life, Will Smith is enduring so much from his marriage and spouse Jada Pinkett-Smith, in pursuit of another happiness, lasting marriage, and a united family. 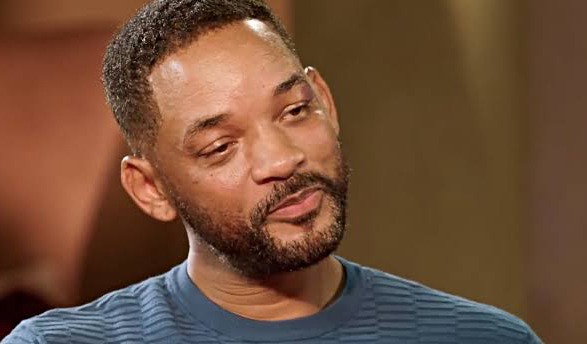 Will Smith (Image: Red Table Talk/Facebook). His expression on the Red Table Talk session with Jada has been adjudged that of a broken man similar the role he played in the movie "The Pursuit of Happiness"

Smith is a man who loves family, in this case, a family that has both parents living together with their kids without abuse, and as models for their children. He never had such a family as a child, something he considers a failure on his father's part, during a June 2020 Red Table Talk session with his wife, he expressed that he could do better than his father. He said that when he was 50 years old, but it was a resolution he made long ago when he was only 10 years old.

Will Smith grew up in a family where his father was abusive to his mother as he explained during the June 2020 Red Table talk with his Jada. The unhappy marriage ended when his parent decided to divorce when he was only 13 years old. A teenager growing up with both parents living separately, and the experience growing up in such an abusive home must have traumatized him that he had vowed never to make his kids experience the same, nor he was ever going to go through a divorce himself. But he would grow and learn the hard way. According to a Time Magazine report on Smith in November 2007, Will Smith's girlfriend cheated on him when he was 16 years old, it was not stated but it seems they might have separated afterward. And definitely was traumatizing to him too, but he blamed himself, saying “In my mind, she cheated because I wasn’t good enough.” Such attitude of blaming himself for failures to make things as they ought to be or work out in his favour to make him happy might have been developed while growing up and thinking he has an understanding of what his father could have done to love his mother better, makes their marriage a lasting and a happy one. More lessons would prove otherwise to him in the future.

In 1992, Will Smith married Sheree Zampino, whom he had a son, Trey, with. He certainly might have gone into that marriage hoping for a happily ever after, but it was never so. He confessed that Sheree and him were stubborn, and the marriage was never an easy or a happy one. But he endured all the same. It was during the time he was enduring his marriage with Sheree that his troubled heart was pierced by Jada's love. In several interviews, he had revealed how he felt connected to Jada and wished it was she he was married to. His wish later came through when Sheree decided to divorce him in 1995. He began a relationship with Jada shortly after and they married in 1997. Will kissing Jada. Their enduring marriage is a rarity in Hollywood (Image: Sky News)

As a man who has been a successful rapper as a young man and later as an actor, successful in both industries, many would not imagine he had ever failed in anything. But according to a report in InStyle magazine by Christopher Luu, Will Smith considered divorce as the worst thing in his adult life, “the ultimate failure for me”, Smith had said. His father had failed, so did he. But never would it happen again. He hopes he had found a soul mate in Jada, he did; he hoped he had found a life partner in Jada, he did; he thought he would build a united family with Jada, so far he did. He thought he would find the happiness he had been pursuing in Jada, it doesn’t look so at all! 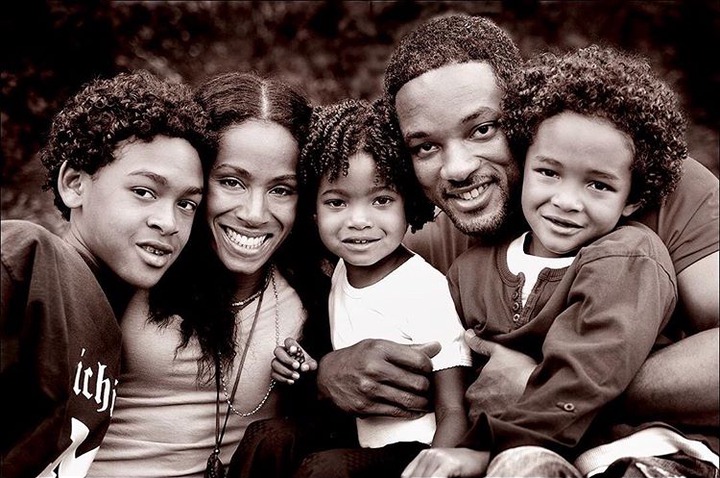 The Smiths (From left to right): Will eldest son Trey, Jada, daughter Willow, Will, and second son Jaden. It was supposed to be a happy marriage and a beautiful family and a peaceful home. (Image: Oprahmag.com)

Jada too might have thought she had found a man who will make her happy, having grown and raised by a single mum, and grandmother. But after 23 years together, Jada revealed a few months ago that being together with Smith at home during the lockdown, she realized she doesn’t “really know who Will Smith is.” It is a confession many Nigerians find offensive and ungrateful of Jada, Smith being a nice man whose life in the limelight is devoid of scandals – having never been caught outrightly cheating on Jada. She happens to be the one complaining about Smith, having made a statement in 2013 that makes it appear that she and Smith are not in a “faithful marriage” situation but in an open relationship.

Jada Smith denied the allegations, but it appears that the happiness Smith and Jada hope they would find in marriage is not going to be possible, the two agree to separate, this is unknown by the public but they set the record straight today during Jada's session with Will Smith on her Red Table Talk program. During this time, Smith confessed he never wish or hope he could ever talk to Jada again. And might have been unconcerned about August Alsina's closeness with his wife, in his house. It was this a shock to the world when August Alsina revealed all in an interview on June 30 that he and Jada had had a relationship. Jada referred to this relationship as an entanglement.

Four years ago, Jada got into an "entanglement" or a "spiritual" relationship with August Alsina (Image: the source.com)

Almost 22 years older than August Altina, Jada Smith confessed that during the separation with Will, she had gotten into the entanglement cum relationship with August to be able to heal and to heal the young artist who also was going through emotional crisis and pain. Brought into the house by Jada's son Jaden, his mother would soon get entangled in a spiritual relationship(as August referred to the relationship) with the friend which the friend confessed he would never forget for the rest of his life. I am sure Will Smith too, who sure might have been devastated by the confession, at the Red Table today, he doesn’t look a happy man. Not does look that he will ever be. 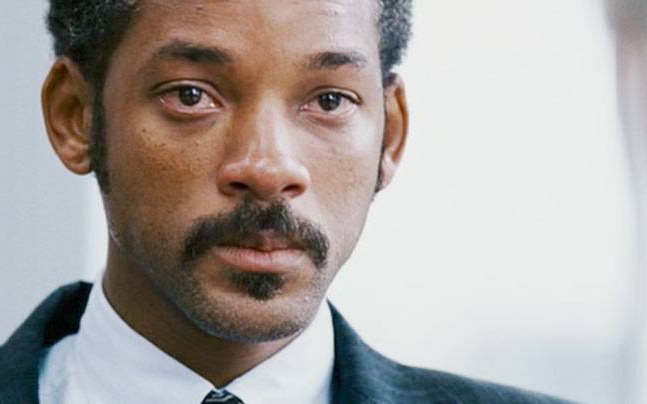 Will Smith is definitely heartbroken, this image of him is compared with his expression on Red Table Talk session with Jada today. Here, he played the role of Chris Gardner in the 2006 movie "The Pursuit Of Happiness" (Image: India Today)

He tried to act strong and unconcerned by his wife's transgression, like the Bad Boy that he is. Laughing through the session and stating as a matter of fact what his wife had with August was a relationship and not an “entanglement”, the unfaithfulness as a “transgression” of their vows which he countered that she doesn’t regard it as such. At the end of the session, it was obvious that Will Smith in his pursuit of happiness in marriage is never going to happen, divorce is not an option either, he had declared program times before now. In pursuit of happiness, Will Smith ended in a bad marriage for life! 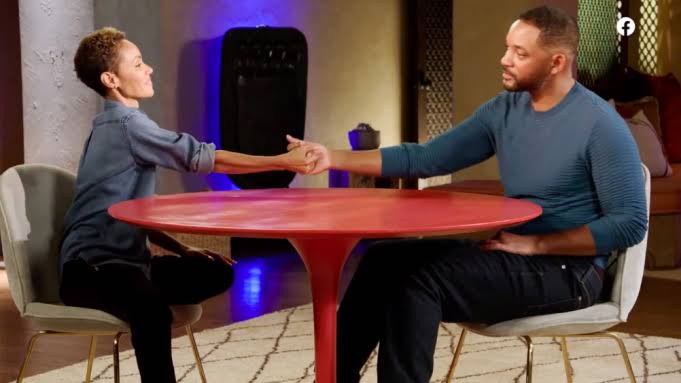 Jada and Will Smith, Bad Marriage For Life! (Image: Variety)