Madam Kemi Stop Lying, Chioma Is My Neighbor & She Drives The Car Davido Bought For Her - Man

By Sleepywriter (self meida writer) | 1 months 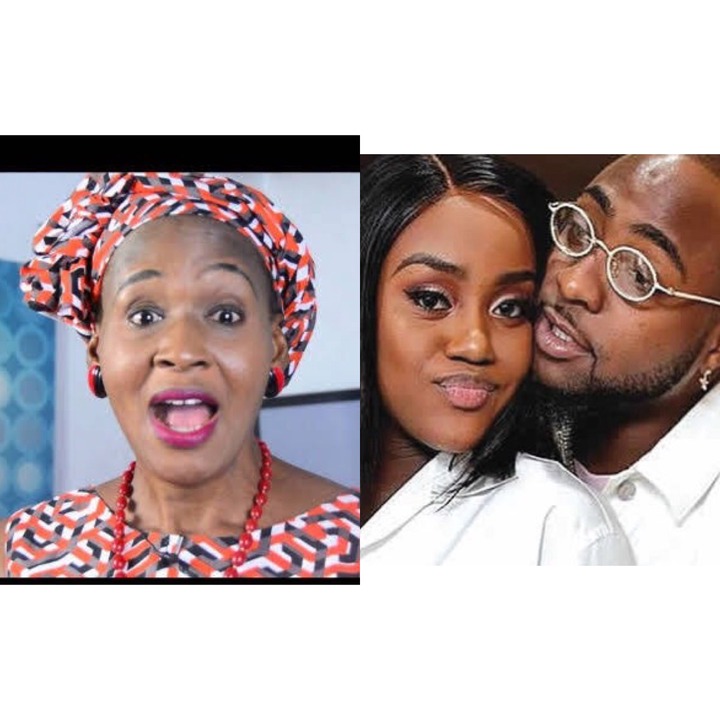 A Nigerian man named Emini Tracy, has bursted Kemi Olunloyo’s claim that Davido never bought a Porsche car for Chioma on her birthday, following news of their breakup. 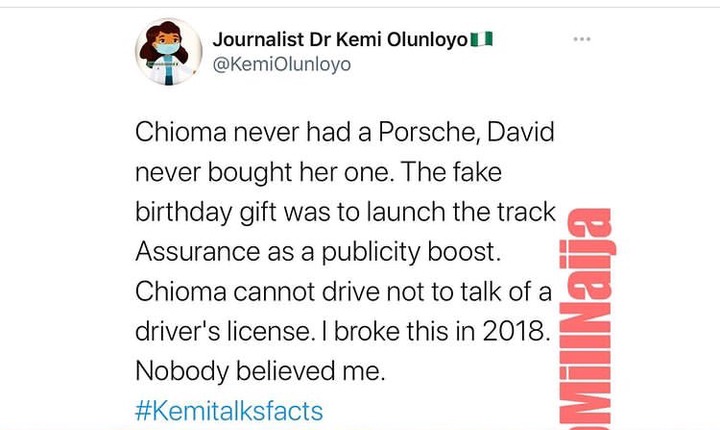 Few days ago, the internet was awash, following reports of Chioma deleting all her pictures with Davido from her Instagram page, after it was reported that the two have parted ways.

Nigerian singer, Davido, is rumoured to have ditched Chioma and was spotted kissing an American model known as (Mya Yafai) in viral pictures last week.

After news of the viral kissing pictures, Chioma decided to take a bold step by ridding her Instagram wall of all of Davido’s pictures.

In the process of doing that, she graciously left one, which is the picture showing Davido with their son, Ifeanyi.

The picture was used as the cover photo for the singer’s album “A better time.”

According to her, the car gift was fake. “Davido used it to launch his song titled ‘Assurance’ as a publicity boost. Chioma cannot drive and has no driver’s license”. 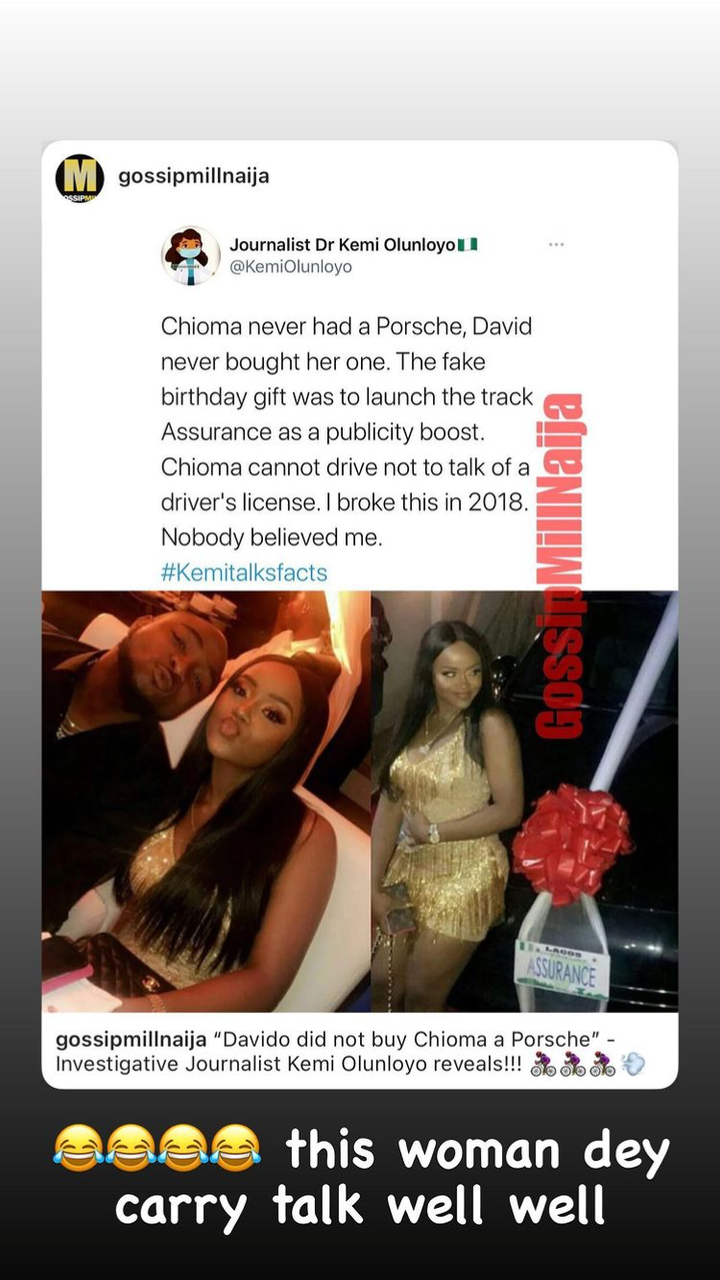 The Nigerian man while debunking Kemi Olunloyo’s claim, asked the woman to stop lying because Chioma is his neighbor and she actually drives the car. 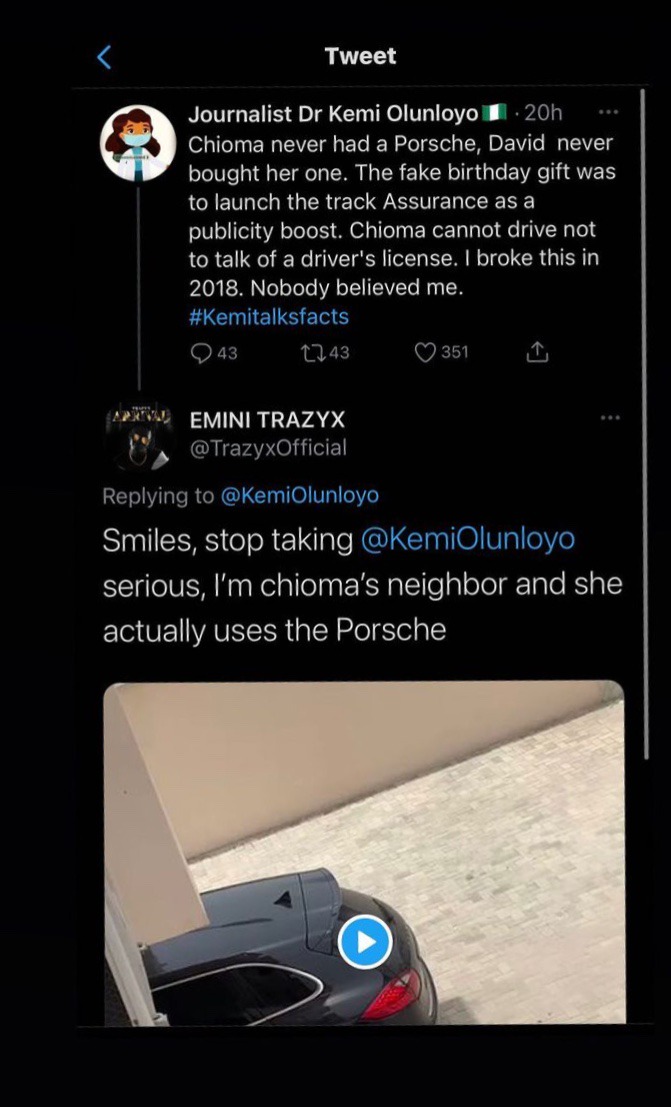 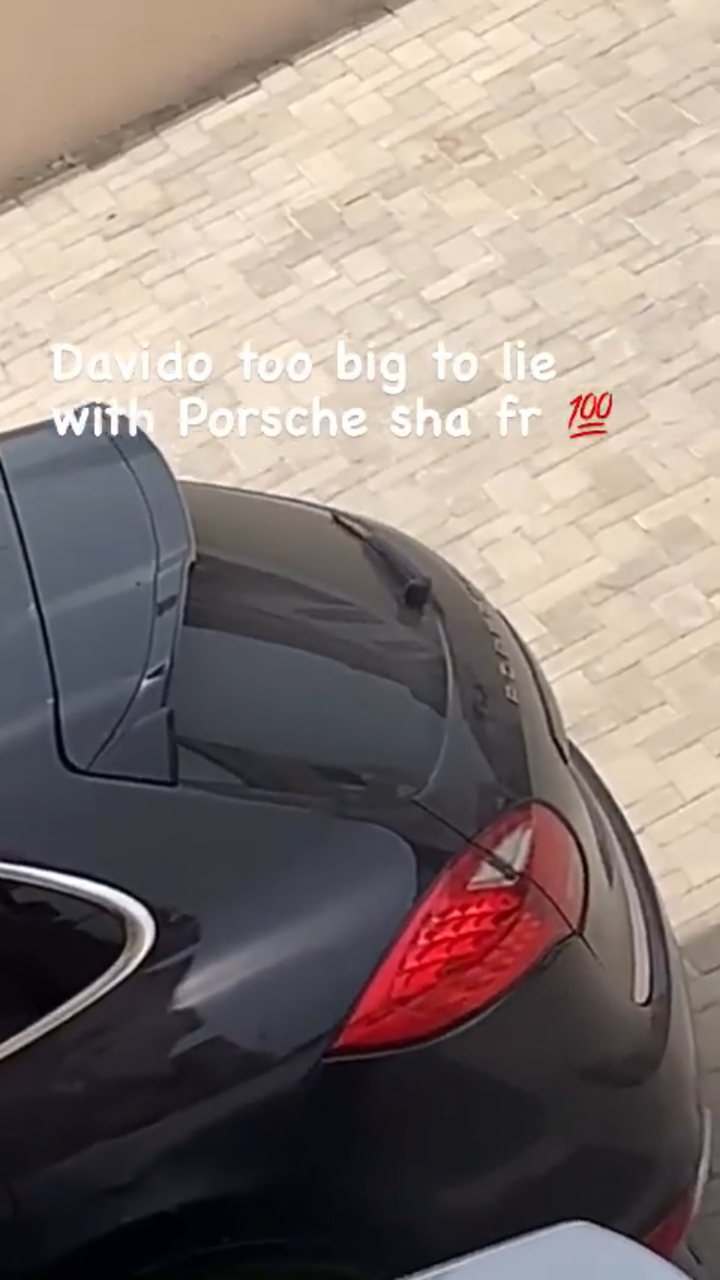 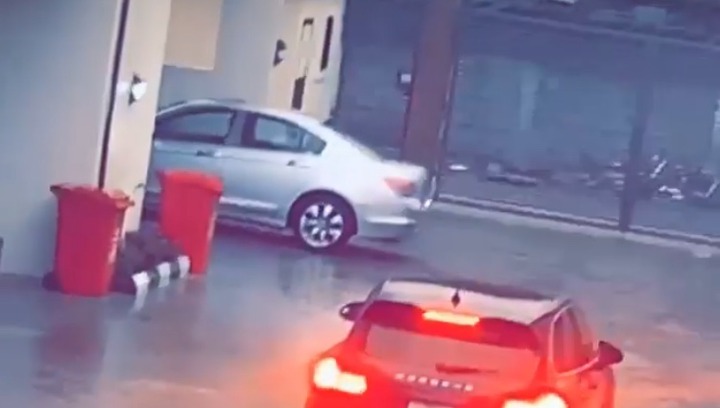 The man even went as far as sharing a video of Chioma driving into their compound with the black Porsche car. 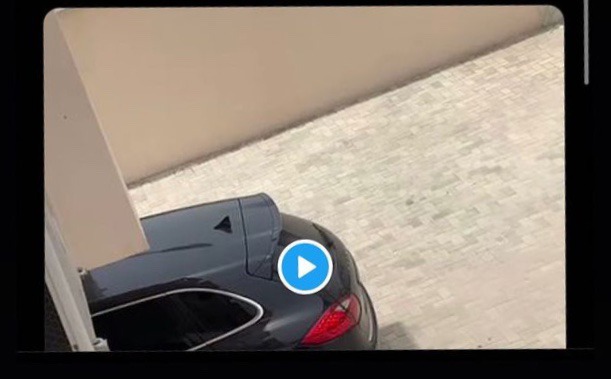