Taiwo Osinowo has a special talent, and that is to make caricature drawing of famous people. When he started doing it in December 2020, it was for the fun of it, but little did he know that it would someday earn him an invitation from the Lagos State Governor, Babajide Sanwo-Olu.

The young man has drawn caricatures of several famous people including Davido, Omotola Jalade-Ekeinde, Burna Boy, among others. But not much was known about him until he made a drawing of Governor Sanwo-Olu a few days ago.

Below are some of his works: 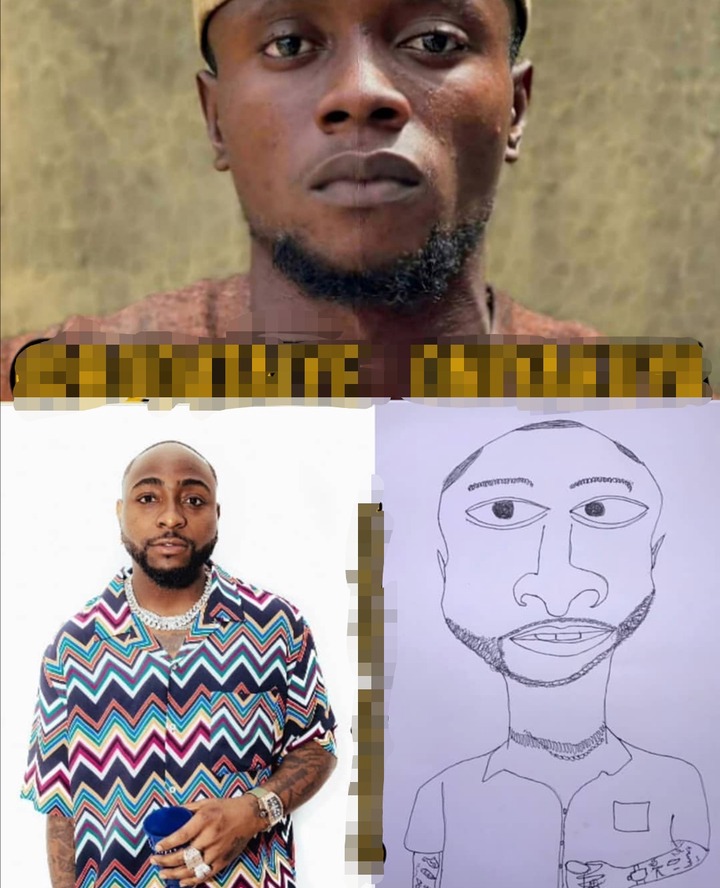 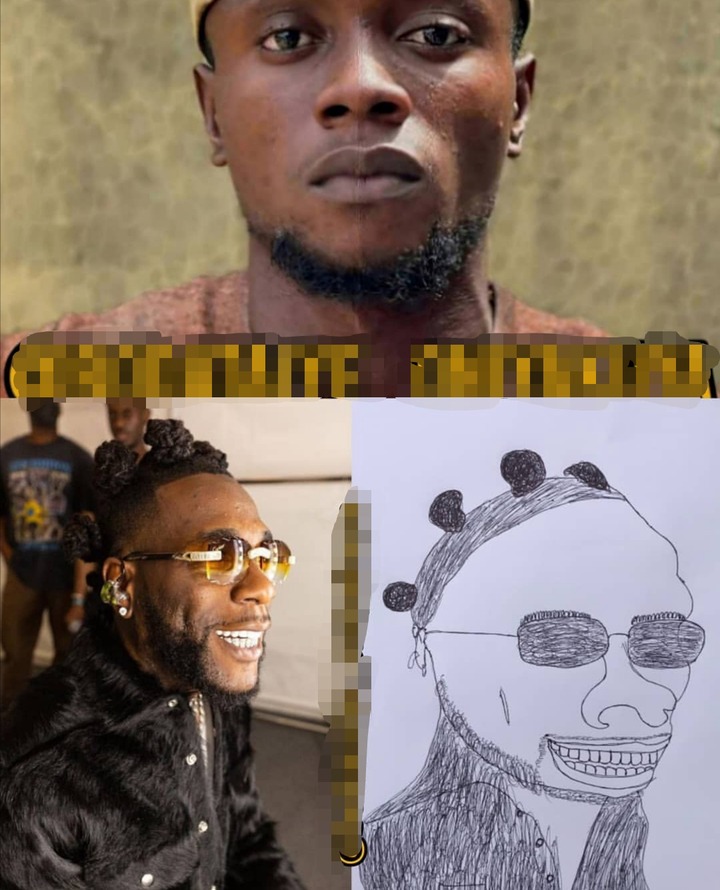 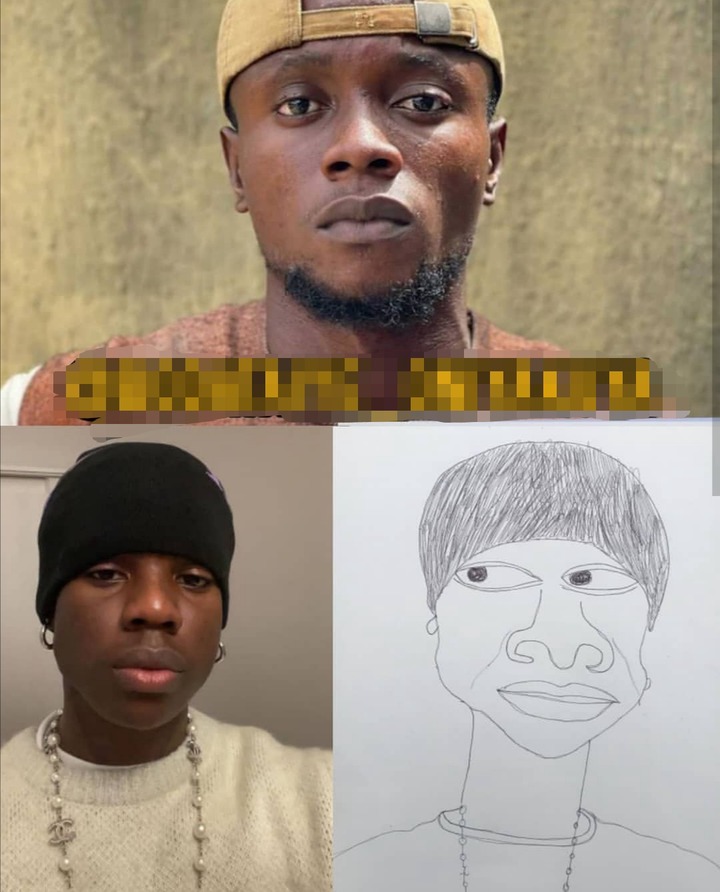 Sharing the photo on Instagram, he said that he thought the governor would like it, and it came as a surprise to him when Sanwo-Olu reacted to it. In his reaction, Governor Sanwo-Olu asked him if he is the one he drew like that, and told him to come and present the drawing to him in his office. 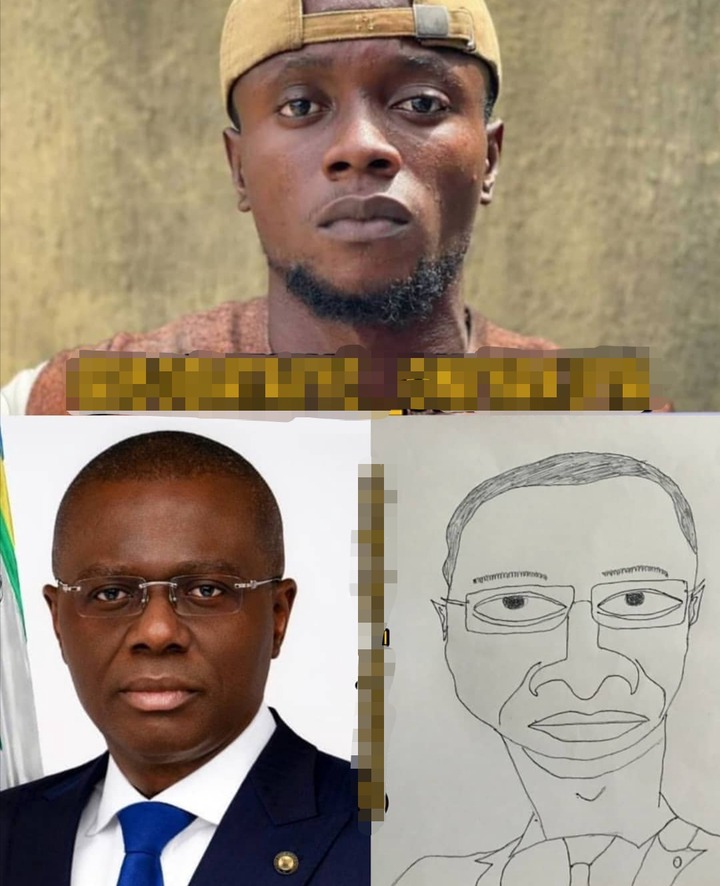 The governor's reaction drew different speculations from members of the public, with some people telling Taiwo not to go, that the invitation could be a bait to get him arrested. But some people advised him to take the risk and honour the invitation. And a few days ago, Governor Sanwo-Olu revealed that Taiwo actually came and presented the drawing to him, and that he was not arrested.

In the post which he made on his verified Instagram, the governor said that he cannot lay claim to the person in the frame, but what he laid claim to is that his administration will continue to encourage the talented youths in Lagos State. Speaking further, he said that they are adding fashion and entertainment to the school curriculum. 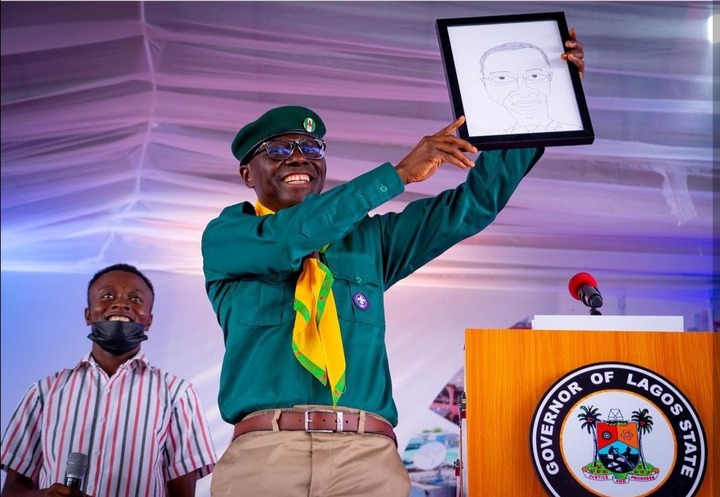 The governor received the drawing in Ikeja during the Lagos Youth Symposium which was organized by the state's Ministry of Youth and Social Development, an event which was aimed at brokering reconciliation with the youths in Lagos State. 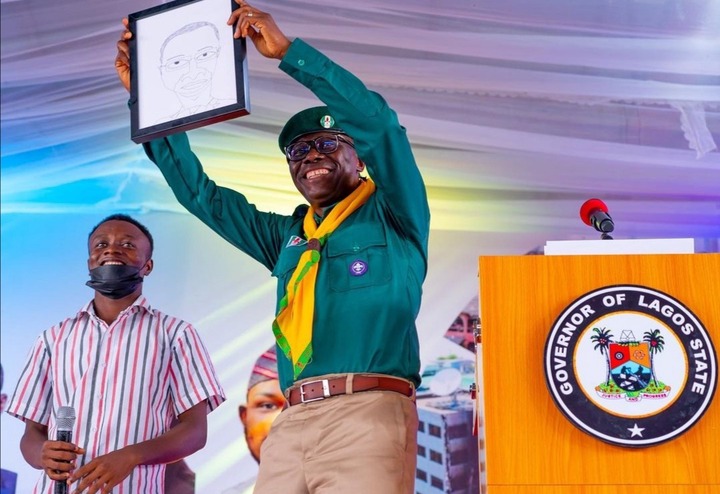 During a recent interview with BBC News Pidgin, Taiwo said that after his presentation to Governor Sanwo-Olu, the people in his neighbourhood now refer to him as "Sanwo-Olu's son", and that he has turned to a "small celebrity" in his area. 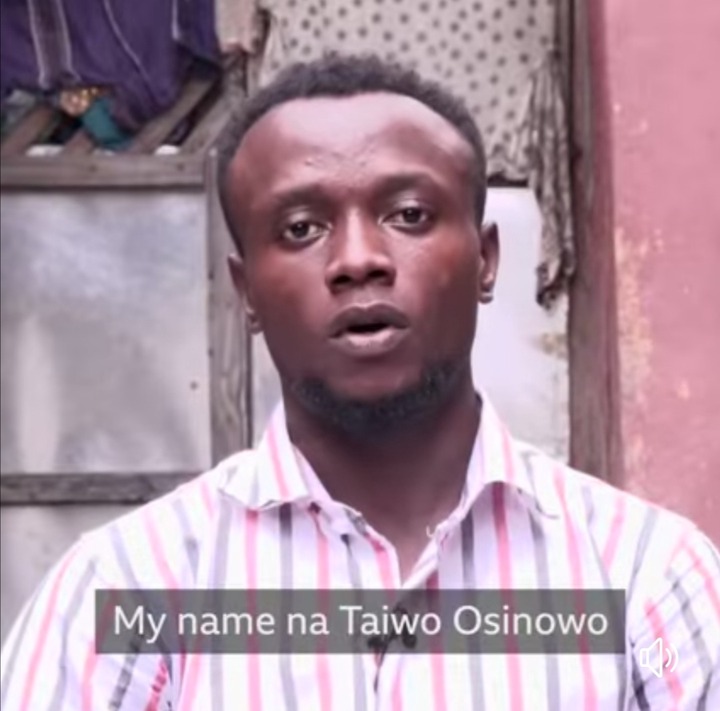 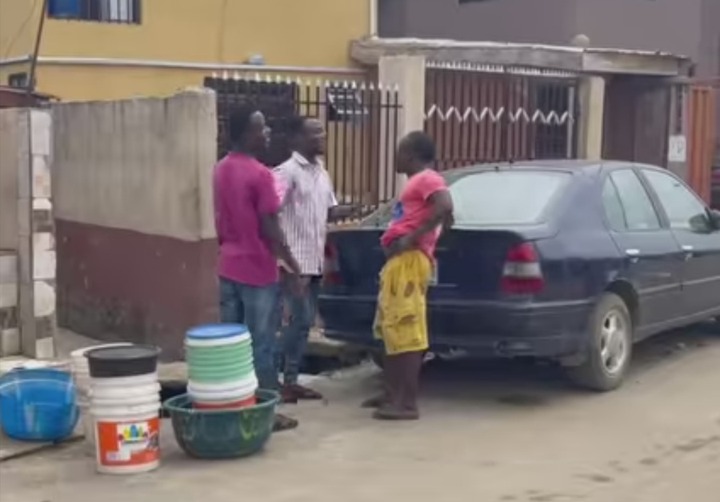 Taiwo said that even his followers on Instagram have increased since the acknowledgement from the governor, and that he has been receiving congratulatory messages from different people.

He said that he has been selling some of his drawings, and that some people even prefer the caricatures to normal ones. He said that people should expect more caricature drawings from him, but this time around, he would add more creativity to it.