By Mr.phill (self media writer) | 1 year ago

Follow my news page for interesting entertainment news and gossip. You can not afford to let any story pass you by.

Wizkids new album which was released recently has been making waves everywhere, especially in Africa, the United States and Europe.

The artist who had suspended the release of the album earlier this month due to the EndSars protest which rocked the nation, he was also one of the strong voices during the protest.

The artists who released the long awaited album called ' made in Lagos', had released it not more than 24 hours ago. The album which is presently on so many platforms is topping the music charts in the United States of America.

A controversial blogger and former musician, Tunde Ednut has thrown shades on wizkid and his just released album. According to him, wizkid's album will be swallowed up when davido releases his single with popular American female artist Nikki Minaj. In his words, he said

" If davido drops that jam with Nikki Minaj, someone's album will get swallowed up in the process" 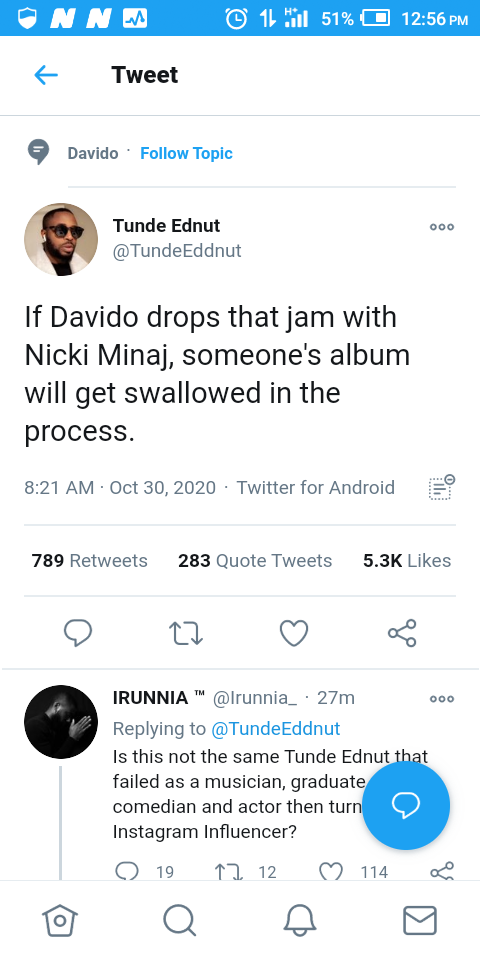 Content created and supplied by: Mr.phill (via Opera News )