This article is strictly for upcoming recording artistes who look forward to climbing to the top in the near future. The road to stardom is a rough one hence nothing is assured and everything is assured based on your level of preparedness and the zeal to succeed. 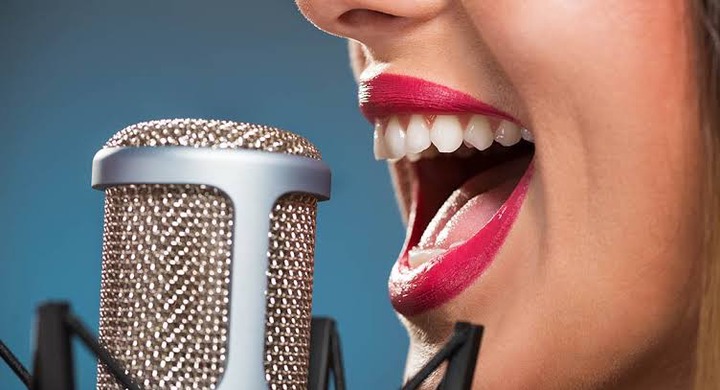 I come to you with some piece of good advice that I perceive to be relevant in your adventurous endeavor. Do not be carried away by your ability to jump on any beat and deliver sick lines. Although there are no none formulae to becoming a successful musician. You must agree with me that if there was a sure way of becoming a successful musician, we wouldn’t have hundreds and thousands of up-comers loitering our streets. But, I believe with the right guidelines and proper approach to underlined necessities an up-comer can be 80% sure to “blow”.

Firstly, you must endeavor to understand what you are into. Also, have it at the back of your mind that you’re an artiste, and as an artiste you’re considered a professional. Music is a full time industry on its own. More like a market square where every seller come onboard with different types of commodity to market and the consumers on the other hand come in to buy and are also eager to explore new products. If you come with a common commodity that is relatively rampant in the market, you’re bound to make little sells obviously. However, Music fans are thrilled with brand new vibes and concept. An artiste is only unique and appreciated when they present the audience with a fresh idea. It is important to come up with your own style of music. Something slightly off from what is in vogue. No matter how much time creating your own style of music will take you, I urge you to be patient and go through the process. Unless you’ve prepared your mind to be a one-hit-wonder kinda artiste, I’m sure no sane person would want that.

For example, if as an Up-comer you’re looking to sound like Tuface Idibia, you’ll be doing yourself a great disservice. The truth is no matter how good you can do it like Tuface, you can never be Tuface. Without undermining anyone, you’ll be another Joel of Kennis Music or Gentle. These two above mentioned artistes are extremely gifted that you can hardly tell it isn’t Tuface you’re listening to when their songs play. Do we know them? Yes. Are they making meaningful impact? No, because they are a shadow of the main man - Tuface. Ask yourself where is Duerella. Another gifted musician who took over the Nigerian airwaves with his “Enemies” years ago. At a time we mistook him for D’Banj because, he sounded exactly like him. I’m sure you know where he is as of today, absolutely no where in the mainstream discourse. But D’Banj is still relevant out there and have gone to attain the status of a legend in the game.

How about Dialect? If you can take your mind aback, recall a once popular song ‘Ọ Na Arị M N'azu'. Most people, my humble self included initially gave the defunct P-Square all the credits for giving us a smash hit. Little did we know that the said song isn’t close to being theirs. I’m sure they(P-Square) and Dialect, the rightful owner of the song aren’t related or connected in any way. But, we gave them all the glory because Dialect sounded exactly like P-Square. Same type of regular P-Square beat and same type of delivery. Even, when the demand for the visual of that song was high, some persons concocted a video comprising of old P-Square videos, done carefully that one could hardly tell it is fake. Till date, I can authoritatively tell you that most people still don’t know the song actually belongs to Dialect.

Now, it doesn’t mean that the artistes I cited in my illustration aren’t working hard, I wouldn’t conclude so but, I believe everyone prefers the original. In essence therefore, there’s the need to be original. Yes, it might take time and a level of publicity before music fans start appreciating a brand new style but, you must never give up. I’m not saying dynamism is off the books, no!. In clear terms, I wouldn’t advise an upcoming musician to be static in a musical style that isn’t appealing to the listening pleasure of their target audience. Who are your target audience?. Your target audience are the people you intend to communicate to with your music. Consider your audience while composing your songs. Take for a example; if you intend centering your music strictly on love & romance, then expect atleast 75% of your audience to be young people. Now, you should think of devising an approach that will convince your audience to listen to you and follow you. This approach is entangled in your choice of lyrics. Are you sure your choice of lyrics would be acceptable to your supposed target audience?. At this point, if you’re still confused on how to go about appealing lyrics for your audience, go for love story books—they work wonders. NOTE: It shouldn’t be a case of copy and paste. You’re simply studying so you can apply what you’ve understood.

Again, what language(s) should you employ for easier communication?. Take for instance; you cannot say you’re an indigenous rapper/singer whilst, you composed all your songs in foreign languages and strange metaphors totally abstract from anything indigenous. Understanding this will mould your sense of direction. Language as a means of communicating with your target audience is critical. Olamide popularly known as “Baddoo”, is considered an indigenous rapper because of his choice of language. He sings and raps in his native Yoruba language hence, majority of his audience are Yorubas and other persons who can understand Yoruba language. Also, rappers like Reminisce, Oladips, CDQ, Zlatan e.t.c are all considered indigenous rappers not because they use local instrumentals but, for the choice of language.

The aforementioned rappers are known mostly in the western part of Nigeria where their target audience reside mostly and some parts of the country where music fans nod to their intrinsic instrumentals & rhythm. It is not like they can’t compose songs in English language or maybe they aren’t fluent, No. In fact, most indigenous rappers are more educated than their English speaking counterparts. CDQ was a banker initially before joining music officially. Have you heard rapper Reminisce speak English? Damn! he is good, no hype intended. Check out Indigenous rappers like Phyno Fino, Zoro and Mr. Raw, all graduates of tertiary institutions. They chose indigenous rap as their brand not because of language barrier or such. They only infuse a few lines of English words to relate to their fans who don’t understand their languages but fell in love with their unique musical styles.