By Frankmedia (self media writer) | 10 months ago

Recall that Churchill met Tonto Dikeh in 2014 in Lagos during the birthday party of Churchill's brother. They married on 29 August 2015. In 2016, they had a son together and divorced the following year in July 2017. Churchill later fell in love with another beautiful woman named Rosey Meurer. According to the love birds who are officially married, their marriage is nothing but the will of God taking place in their life.

From my observations, there are a lot of things Churchill's ex-wife, Tonto, and his current wife, Rosy, have in common. 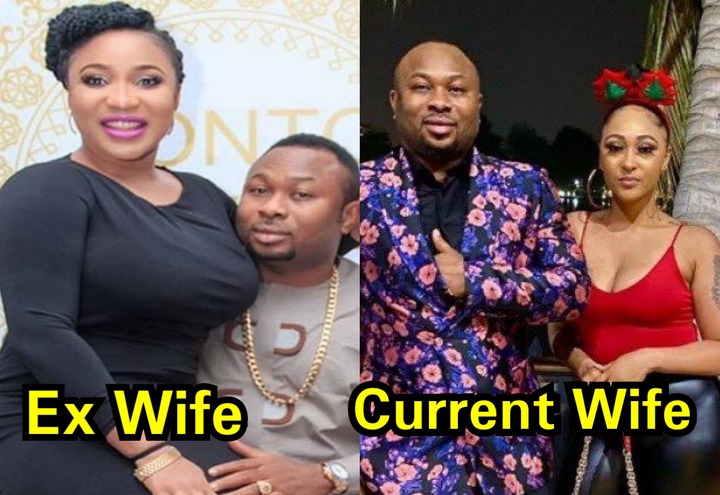 They include the following.

(1) They are both Nollywood actresses:

*Tonto Dikeh: Her journey in the Nigerian entertainment industry started in 2006 after she took part in a reality TV show, The Next Movie Star, in 2005. After acting in several movies, the beautiful actress delved into music before finally venturing fully into business.

*Rosy Meurer: She ventured into acting in 2012 when she starred in Emem Isong’s movie, ‘Spellbound’. She bagged her first movie award as a Next Rated Nollywood star at the Nigeria Goodwill Ambassador Award in 2016.

(2) They both enjoy getting tattoos. 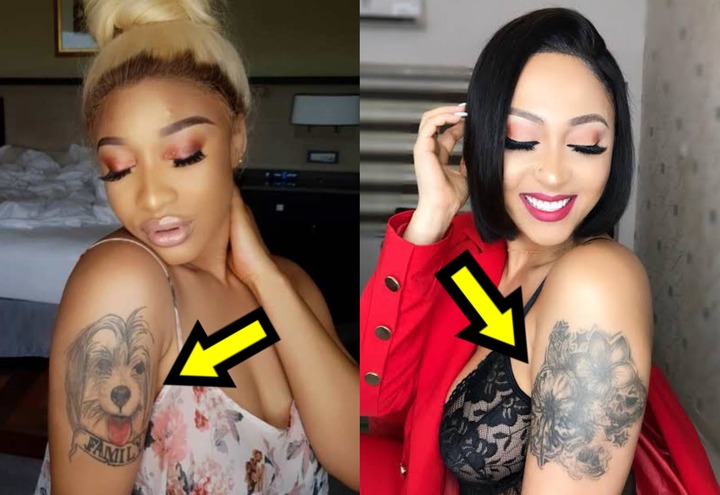 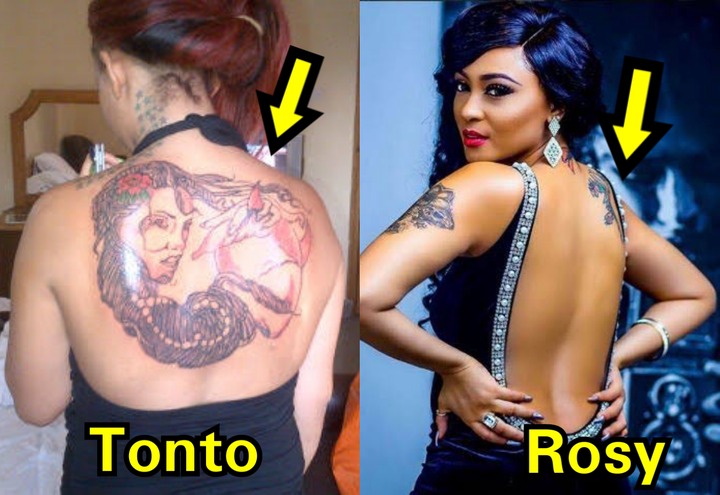 *Tonto Dike: If you check Tonto's body, you will discover lots of tattoos that have been raising eyebrows. Her first tattoo is a dog on her right arm. According to the actress, she once had a dog that she so loved until it died. So to show how much she adored it, she decided to get a tattoo of the dog on her arm and also a sign of remembrance. Another one is the tattoo of a woman's face on her back which took her 10 hours with just a 2-hour break to get done.

*Rosy Meurer: She also has lots of Tattoos on her body, especially on her arms and back.

(3) They are both fair in complexion.