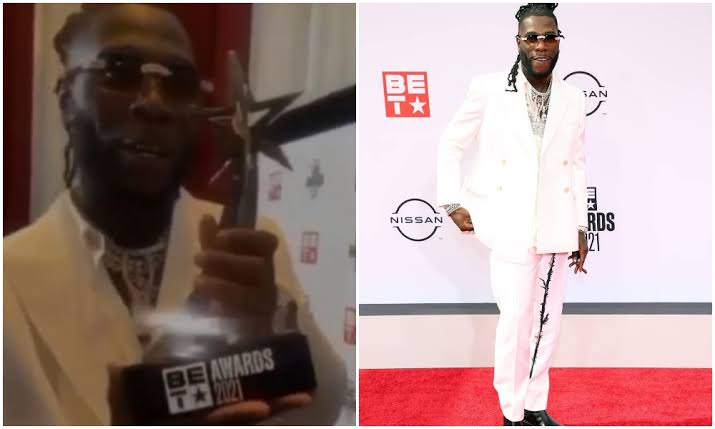 There is indeed a great reward for hard work, and such is the case with Burna Boy who had earlier win a Grammy and have now become the African Act with a BET award, three times in a row. It now seems as though the Afrobeats genius isn't backing down, winning the award ahead of Wizkid, Diamond Platinumz, and others. The award ceremony saw winners like H.E.R., Cardi B and Silk Sonic also were among the winners, while Cardi B revealed her second pregnancy during her performance with Migos. 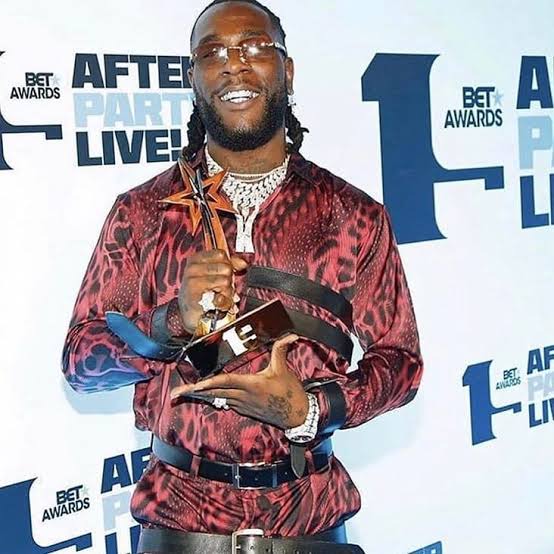 (Burna Boy at the last BET)

Recall that Burna Boy had earlier won the BET awards in 2020 for his great performance during 2019, and he also did the same in 2019, for a great musical journey which he had in 2018, and now he has done the same, all thanks to his Album, Twice As Tall which was also the reason for his Nomination and wining of the prestigious granny award. 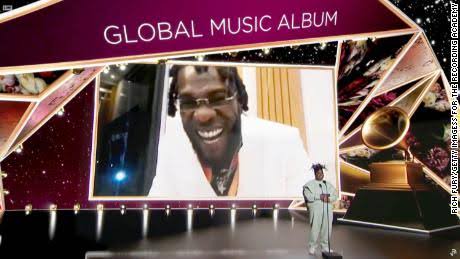 When called on stage to receive his award, Burna Boy who went along with his mother, called her on stage as he was about to give his speech, referring to her as "the most beautiful woman on earth." 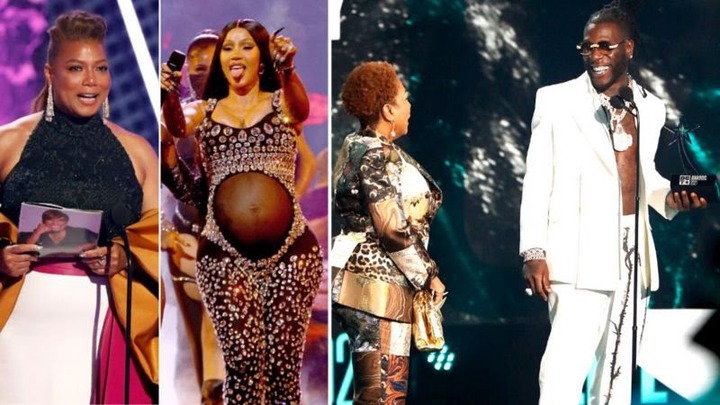 The award ceremony saw the presence of several great actors and musicians, ranging from Taraji P. Henson to Zendaya, it was also graced by performances by several artists including DJ Khalid, who seems to recognize the gift he has when it comes to bringing great performers together in his songs.