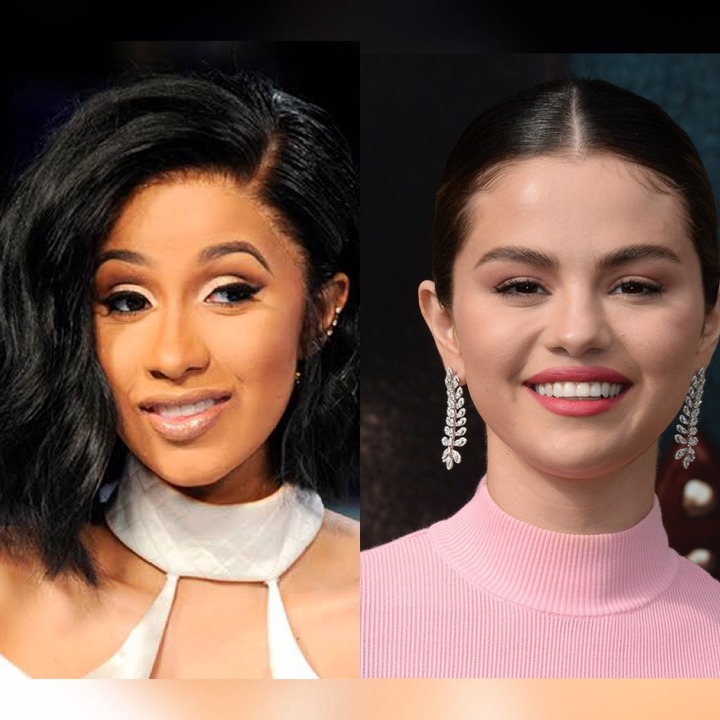 Popular American rapper, songwriter and actress, Belcalis Marlenis Almánzar, known professionally as Cardi B, has received a doze of mixed reactions from her fans after she commented on Selena Gomez’s musical career.

The 28-year-old Manhattan born rapper, on Thursday tweeted that she doesn’t think that Selena Gomez should retire from music. Noting that she can give her ideas.

“I don’t think Selena should retire .She makes good music & her fans love her .I think she needs one more Era. A edgy one that no one ever seen her as .I would love to give her some ideas,” Cardi B tweeted. 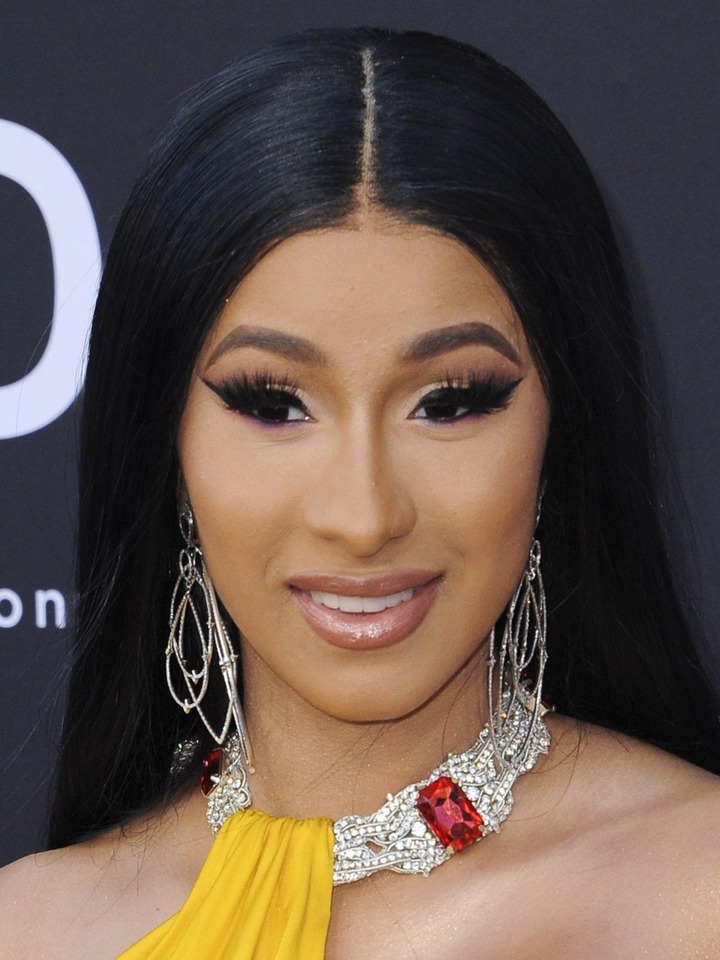 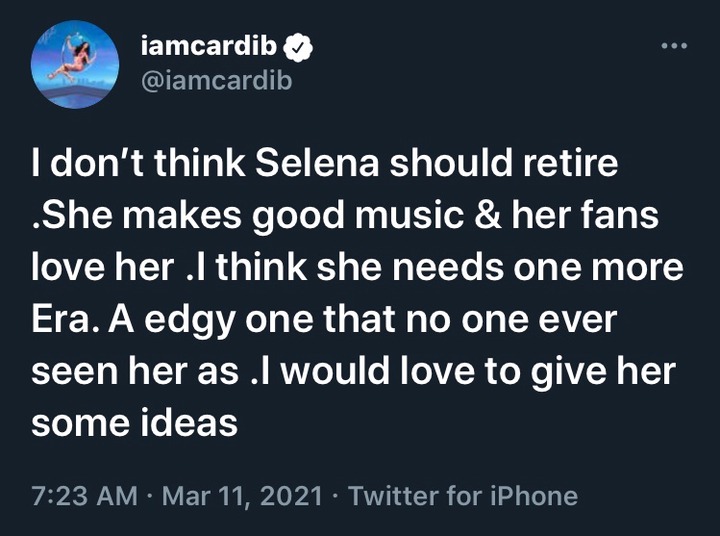 It was widely reported that Selena Gomez hinted on her retirement from music in a recent exclusive interview granted to Vogue. Gomez revealed she wants to fully focus on her acting career.

Recall that the 28-year-old “Lose You To Love Me” crooner, initially took a three year break off social media to stop herself from “reading horrible things and seeing other people’s lives”.

“It’s hard to keep doing music when people don’t necessarily take you seriously,” Gomez told Vogue. She would later make a post on her official Twitter handle terming it a goodbye tweet. 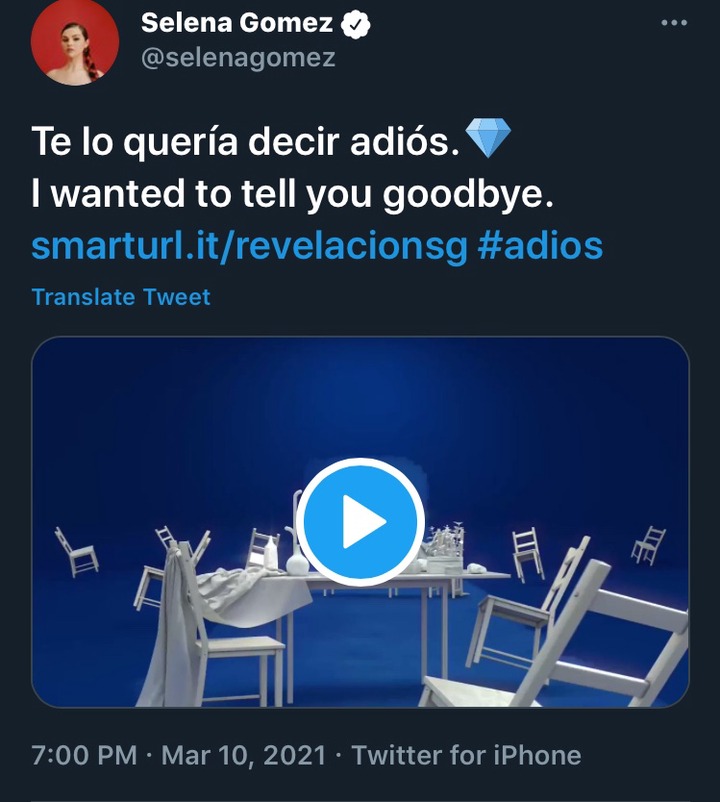 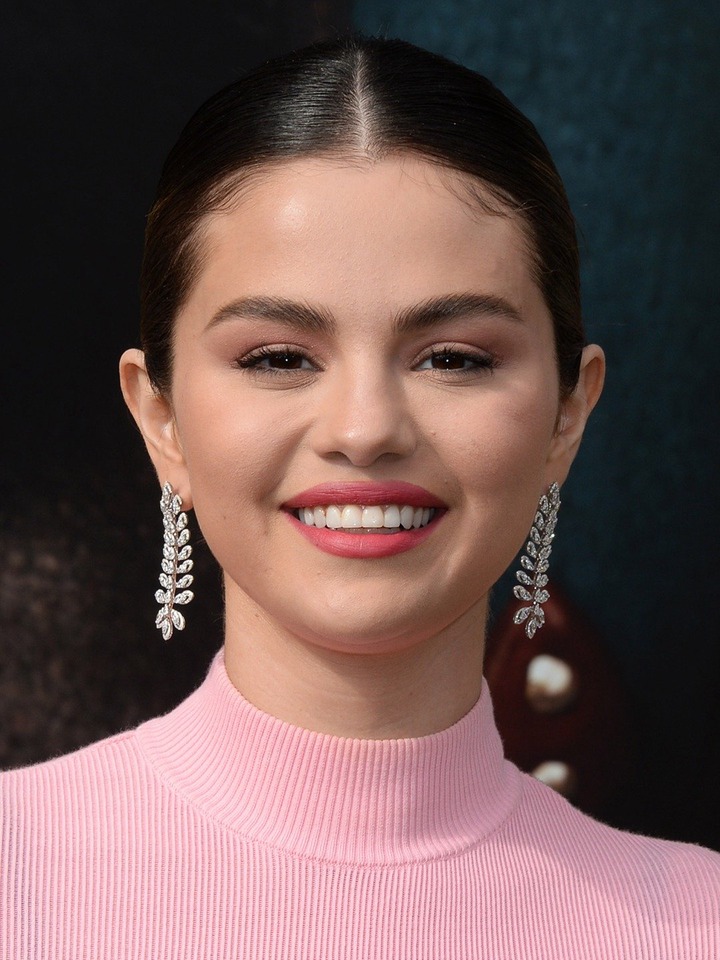 Although, Gomez told Vogue she’s being careful with her decisions because a lot of people really enjoy her songs and she wishes to give it one last shot by dropping a unique album.

However, Cardi’s fans were divided over her tweet on Selena Gomez’s decision. A good number of her fans expressed their love for Gomez and her music while some believe she’s not relevant in the music industry hence she can retire.

A fan, @Swiftie66959726, replied; “Please never give up on your music. You don’t know it, but your music help so many of us through so much stuff. We’d love to see you work more on acting and production, but don’t just stop singing and please go on as many tours as you can after Covid19 is gone for good. Ily a lot.”

“Let her save herself from the struggle, if she wants to retire she should,” another fan, @believeoficarus, replied. 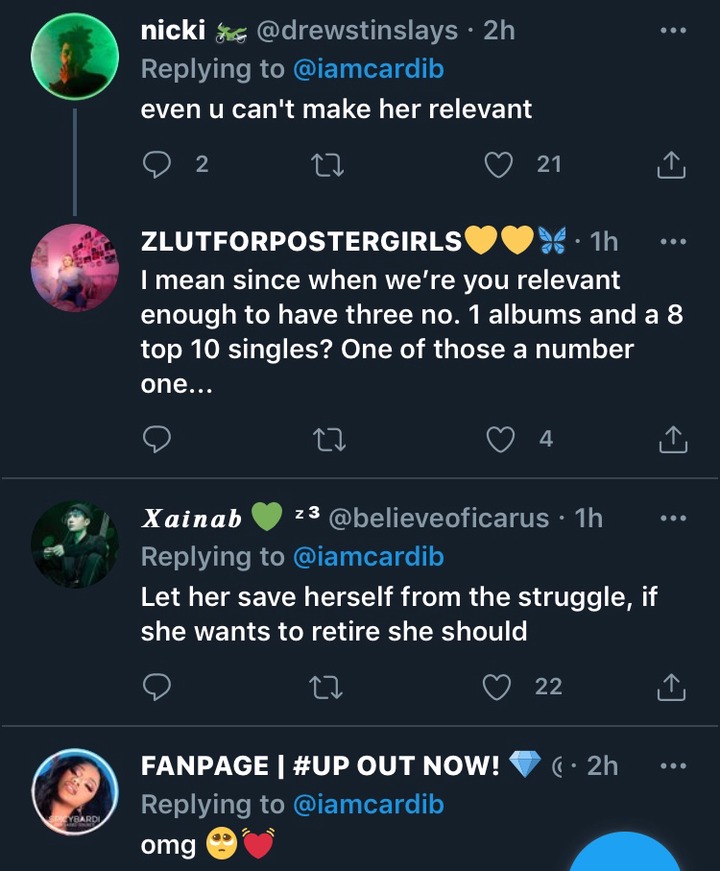 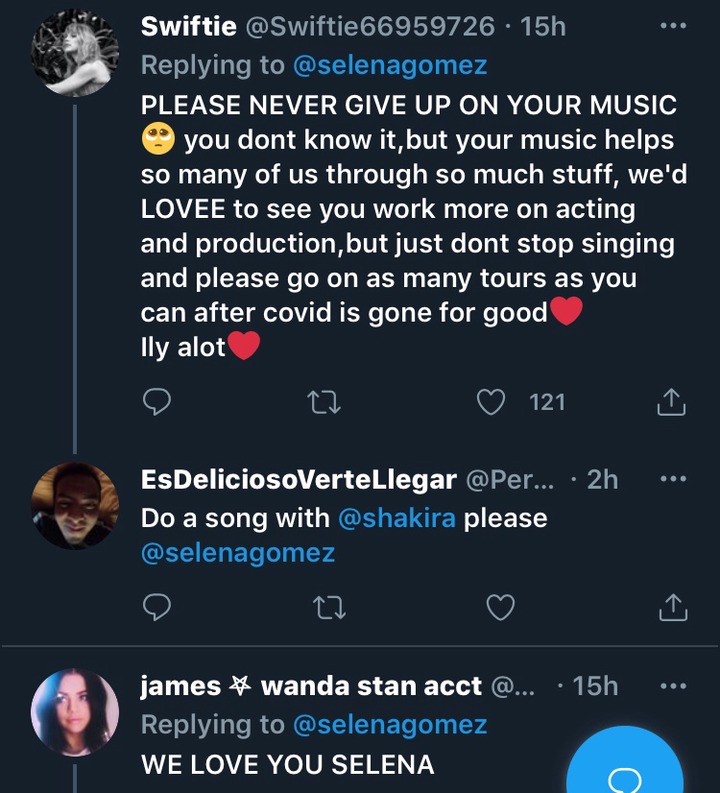 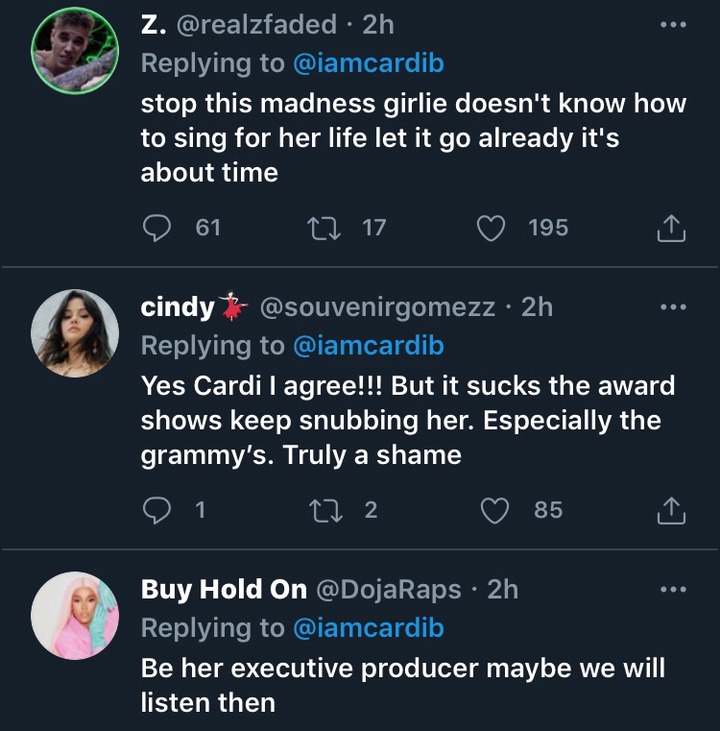 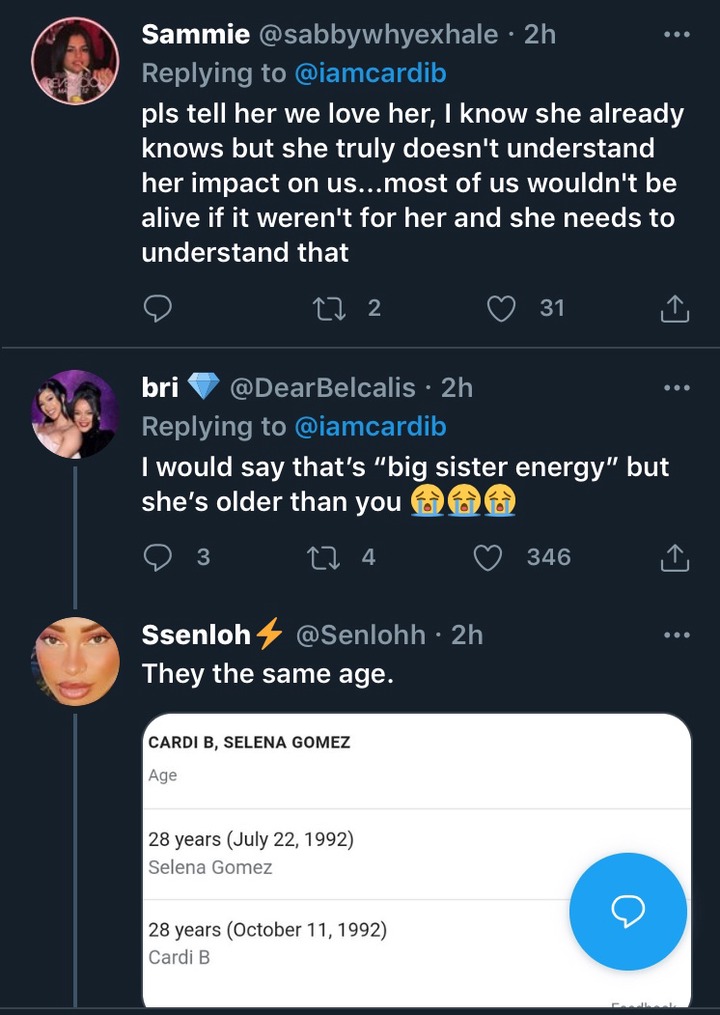 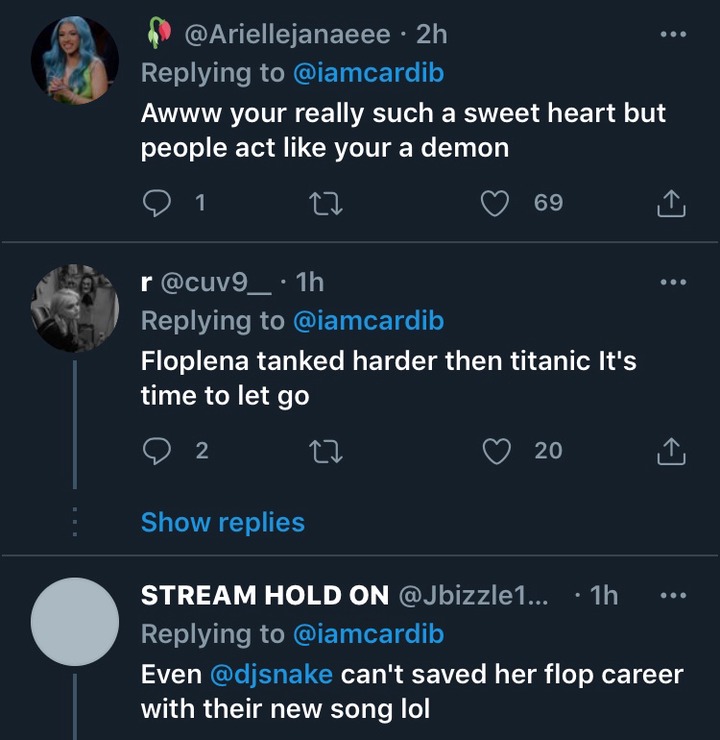 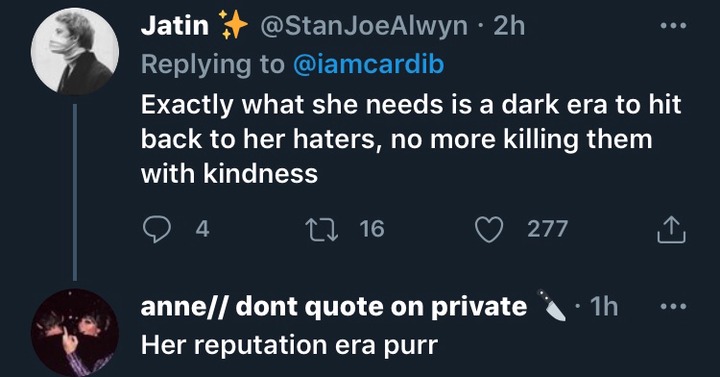 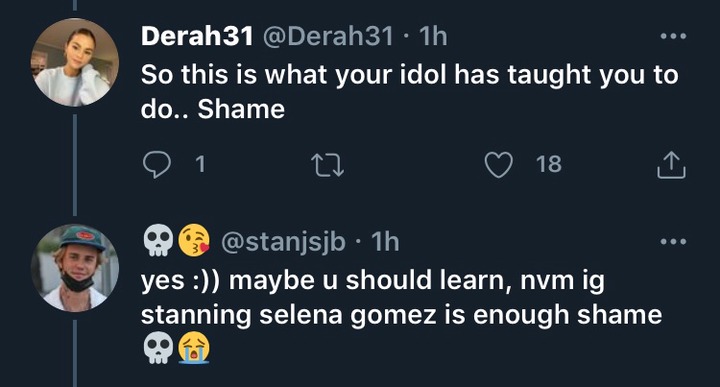