Check Out Jaw Dropping Photos Of Celebrities Caught Without Makeup

By Pheelphilly (self media writer) | 9 months ago

The red carpet is synonymous with glamour and perfection. Stars spend endless hours and countless dollars on looking perfect no matter the occasion. That is why it is such a shock to the general populace to see their favorite stars without all the magical fixings. Make-up and photoshop can do wonders for stars, but the lack of it can make starts seem like they have fallen far short of glory. Below are 15 stars which caused the biggest shock when they revealed themselves sans perfection. 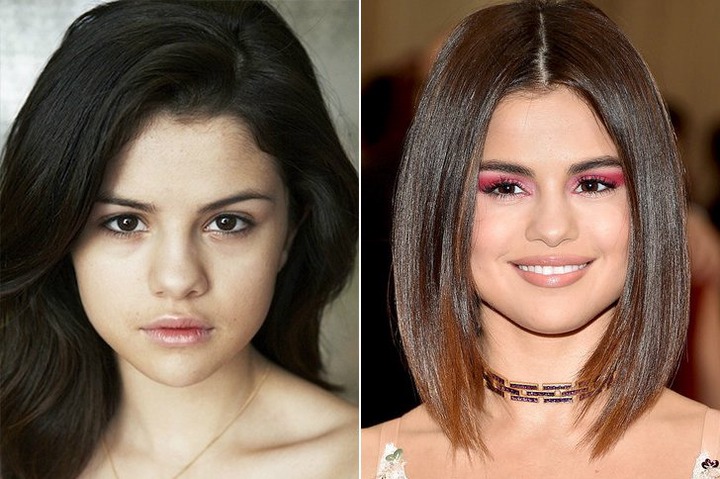 This star came onto the radar with her popular role as Alex in Disney’s Wizards of Wavery Place. Since then, her stardom has skyrocketed to countless roles, a singing career, and one of the most spoken about relationships (with Justin Bieber). In all those times she looked amazing, but a picture of her al natural shows that she too relies heavily on her team of makeup artists. 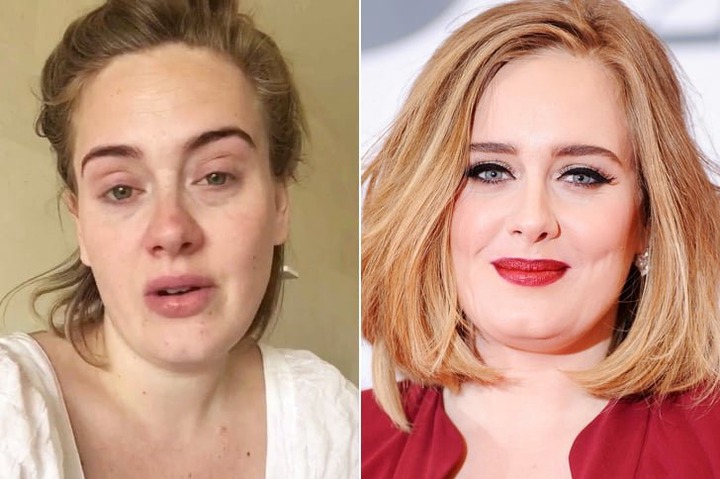 Adele is well known for her outstanding voice that can reduce crowds of people to tears as they relate to her music and emotion. She always looks glamorous and it is a rare exception that she is seen without being made up. Luckily, unlike some other stars on this list, it is at least possible to recognize that it is her even when she doesn’t have makeup on. 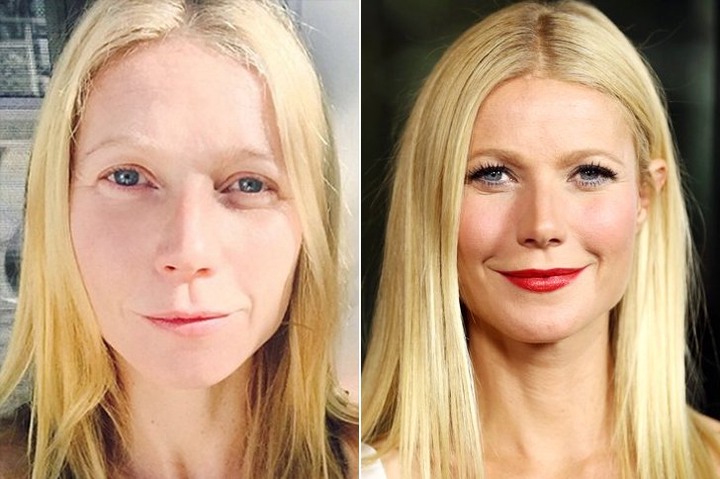 With multiple roles, including her guest appearance in popular TV series Glee, and her iconic role of Peppa Pots in Marvel’s Iron Man movie series, Gwyneth Paltrow is somebody that almost everybody knows. She is one of the more classy and glamorous stars and so it should come as no surprise that she does not look entirely different without her usual make up and fixings. 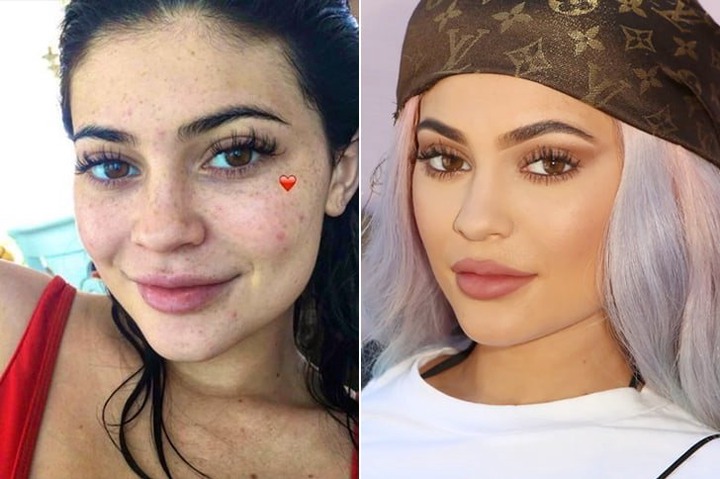 Part of being in a reality show must be that you are constantly checked by your team of makeup technicians to ensure that you are always looking your best. As part of Keeping up with the Kardashians, Kylie Jenner always looks great. That is, until she released a no makeup selfie which gained her some comments on social media. Aside from a huge number of freckles, it is clear that it is still the same person and she still does look really pretty. 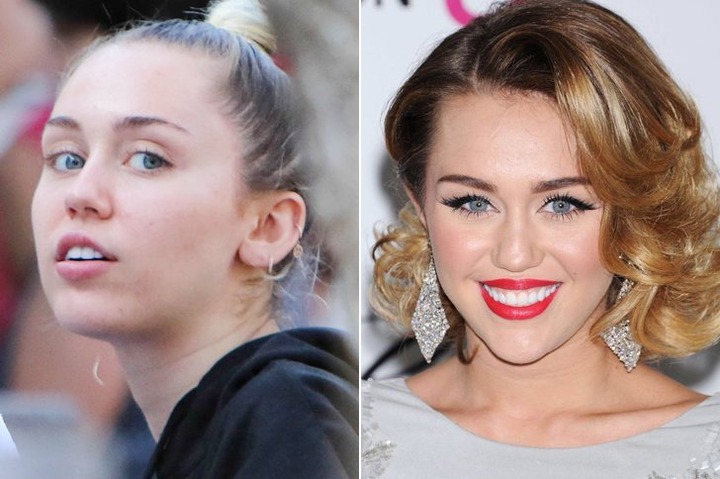 Hanna Montana rocketed this celeb to the top of the well-known list. Thankfully, due to her youth, she is still confident enough to regularly post selfies of herself without any makeup. These look almost exactly the same as how she looks with makeup and it is clear to see that she doesn’t rely on product to make her look good! 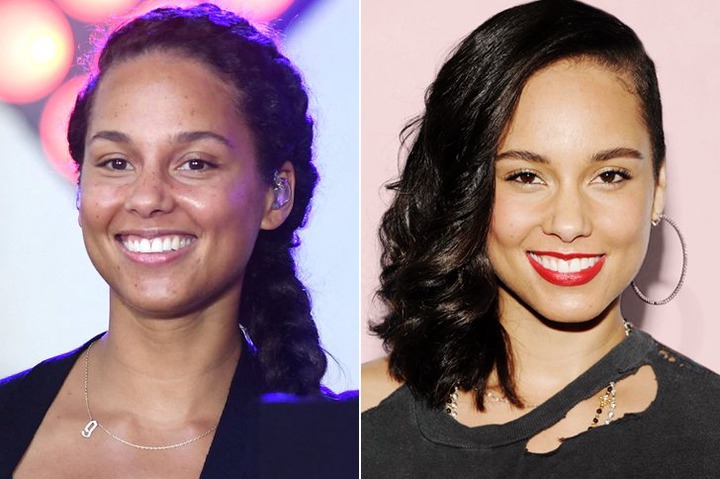 With the voice of an angel, there are not many people who don’t know who Alicia Keys is. However, aside from her voice, this artist made headlines in 2016 by declaring that everyone is beautiful and that she will no longer wear any makeup. This is not a bad thing considering her natural beauty and she pulls off #nomakeup really well. 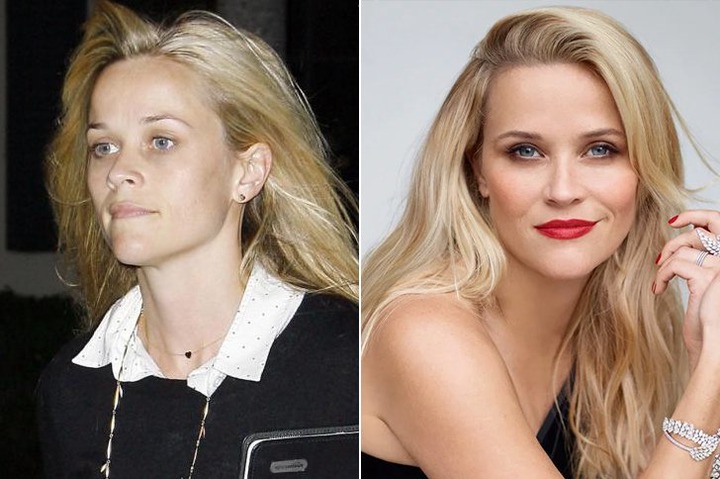 This star is known for her lead role in Legally Blonde where she is constantly dolled up and pretty. More recently, she acted in the star-studded Big Little Lies and it is clear that her beauty is completely natural. Having hardly aged between the two screen releases, she radiates with or without makeup. 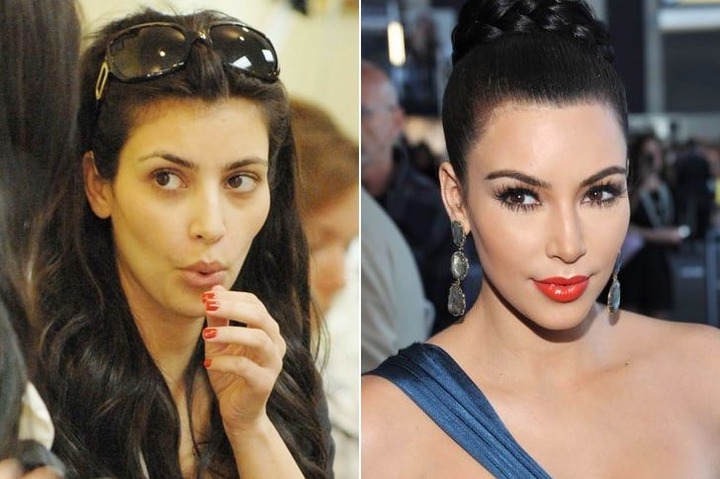 Like her sister above, Kim is rarely caught without her face all made up. However, in this rare image she is carefree without having a huge smattering of product all over her face. Images like this go to prove that sometimes even people who are always wearing makeup still do have natural beauty that shines through when they don’t spend the time applying layers of makeup. 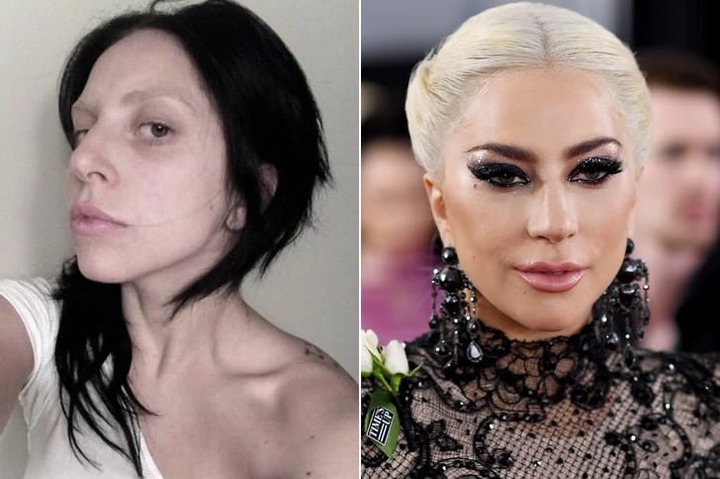 As somebody that is well known for toeing the line of style and generally always shocking the general populace, it was an even greater shock to see Lady Gaga without makeup for the first time. While it may be because we are used to seeing her all dolled up and looking extra, she does look shockingly different without her usual ensemble. 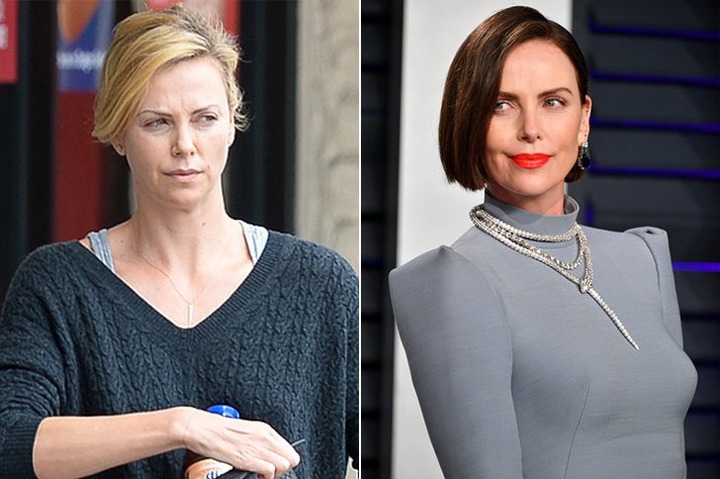 This South African-born beauty is generally only seen in scenarios full of glitz and glamour. Thanks to her role in Monster, she has become an icon and is known by almost everybody. However, she still radiates beauty even when she is not surrounded by paparatzi and red-carpets and she can confidently walk around without needing a team running after her to apply makeup and touch-ups. 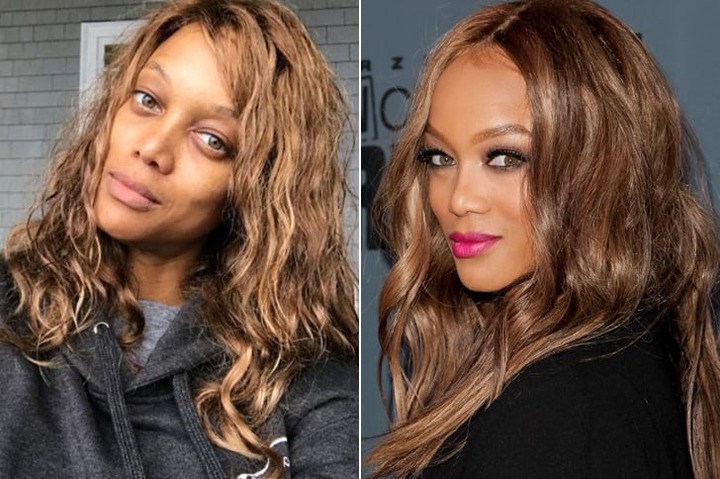 Tyra Banks is one of the most well known hotties thanks to her time as a model, this star looks entirely different without her team of makeup artists. However, it is still clear that this is her and that, while the makeup enhances her beauty, there is no doubt that she is naturally beautiful.