Davido's fans react angrily after he sang and called Wizkid the "G.O.A.T" in new video (screenshots) 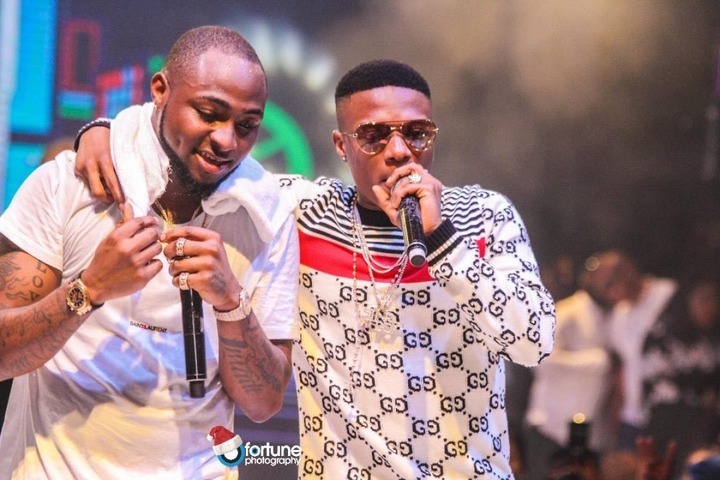 Wizkid who celebrated his 30th birthday yesterday is still receiving well wishes from fans and celebrities all over Africa. Davido who has decided to stay away from social media for a while now has wished Wizkid a happy birthday in a video which he made with a friend's account. In the video, Davido was seen singing "happy birthday" wholeheartedly and he proceeded to make a shout-out to Wizkid calling Wizkid a legend and the "Greatest Of All Time" (G.O.A.T).

Fans of the "Fall" crooner couldn't help but express their disappointment in their favorite artiste as they think Davido shouldn't have stooped so low to call a rival the "Greatest Of All Time".

See screenshots of some of their reactions below: 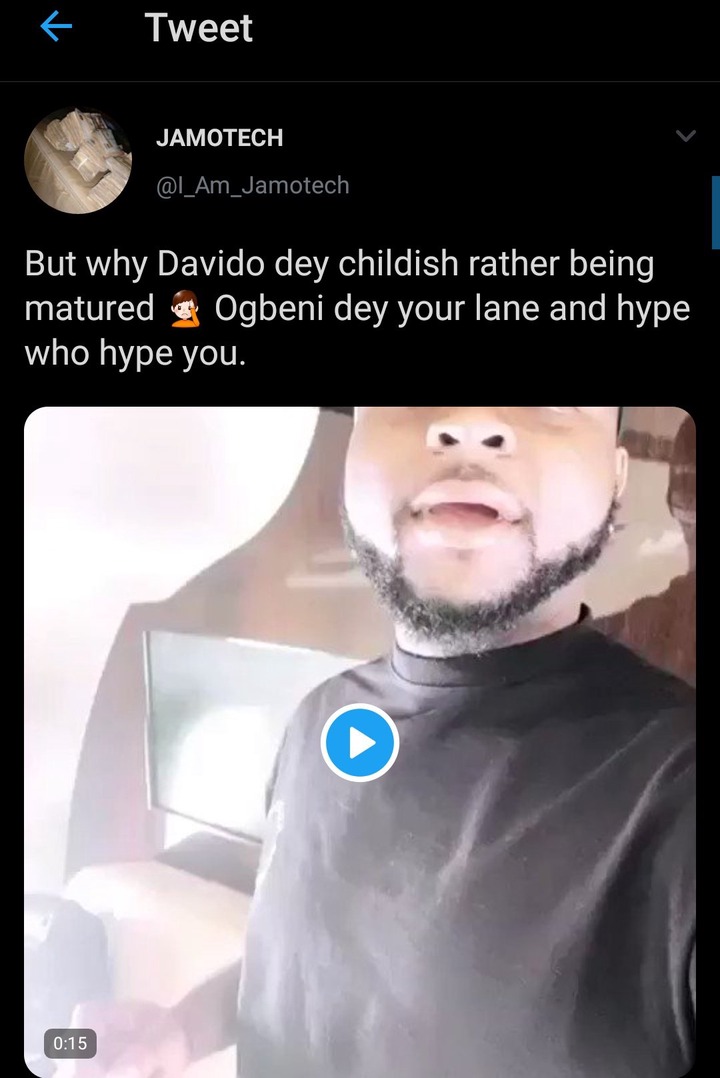 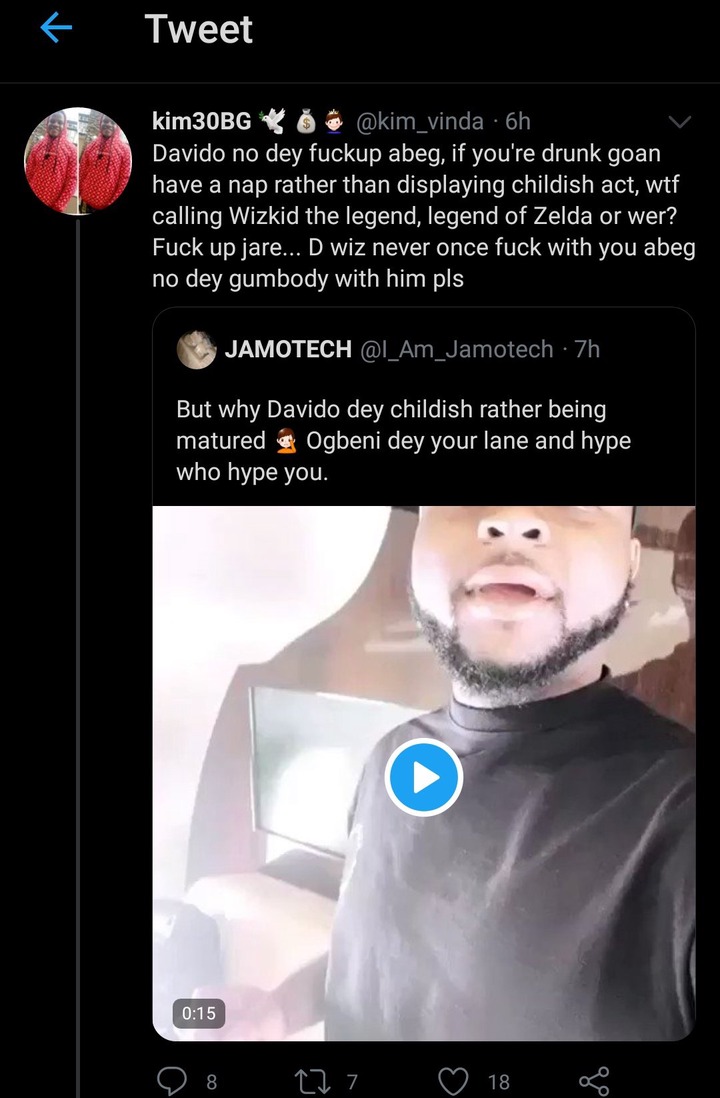 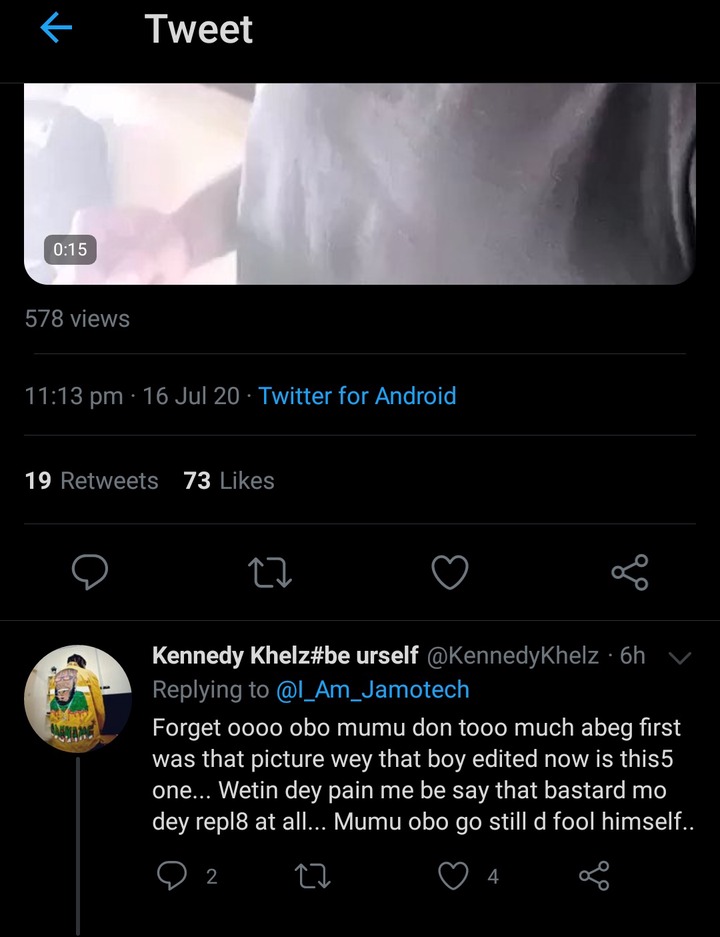 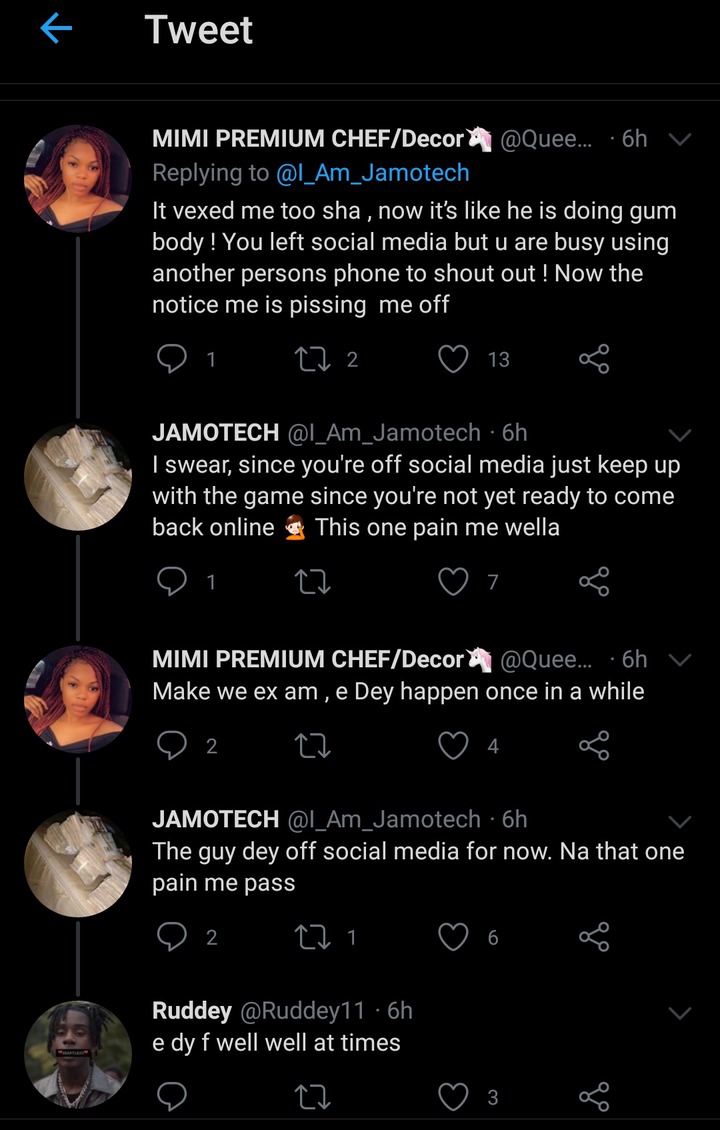 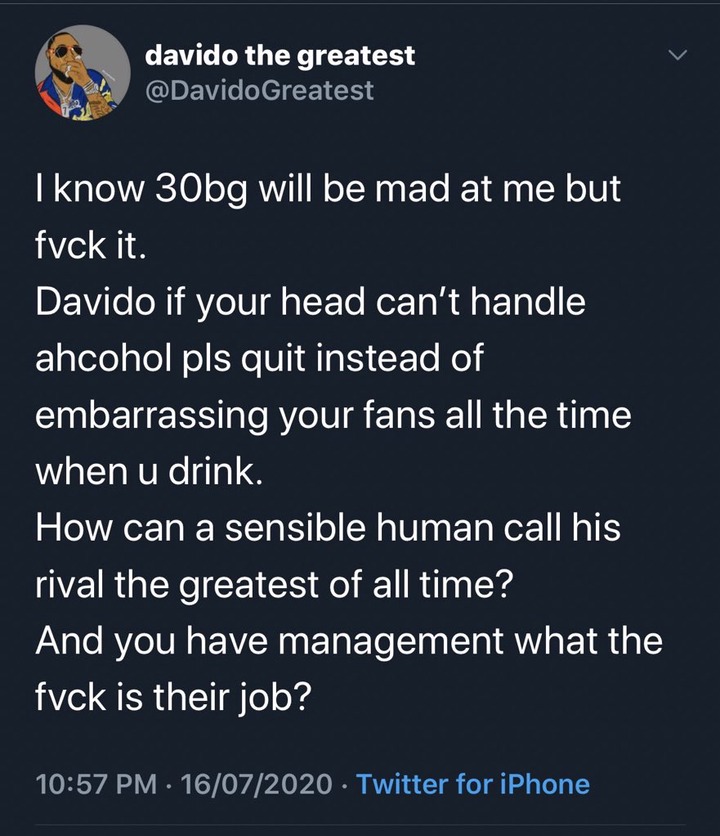 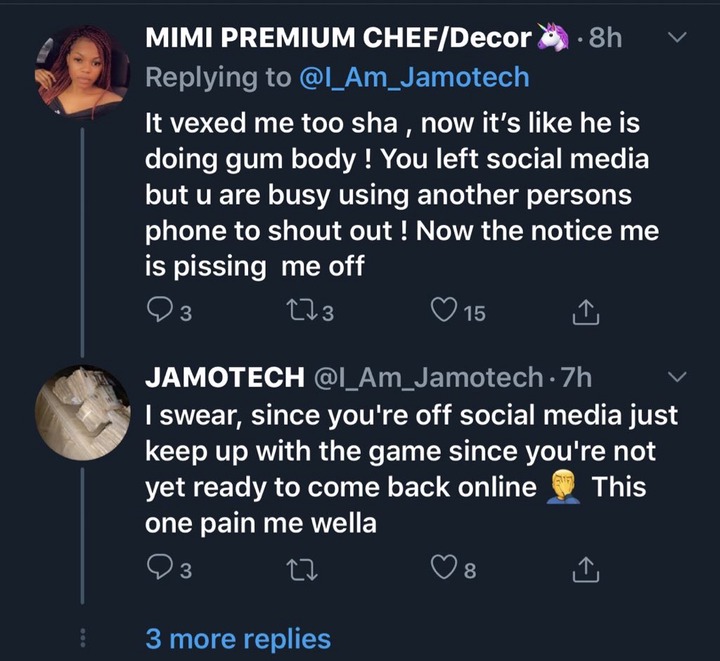 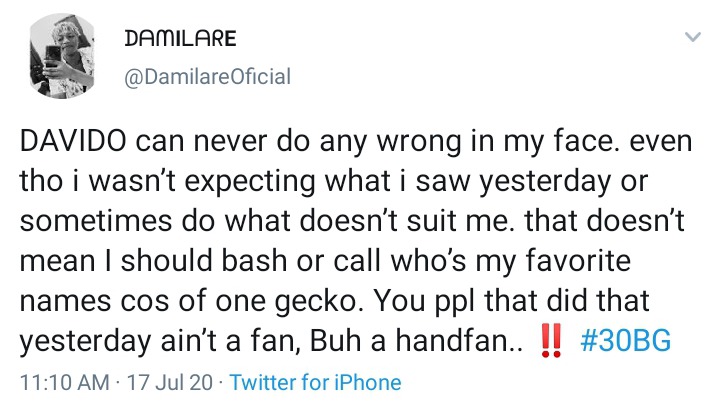 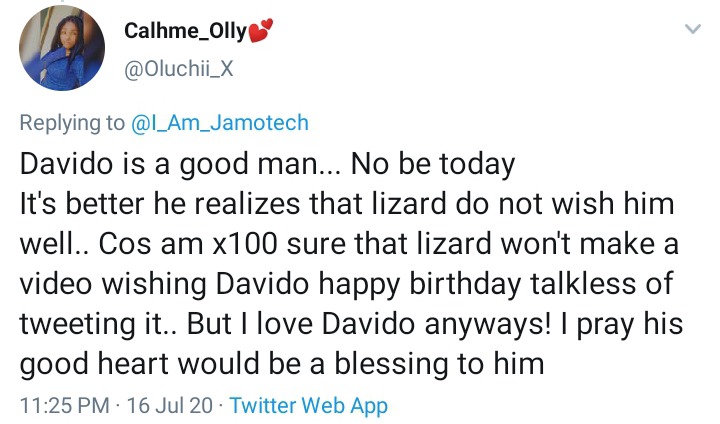 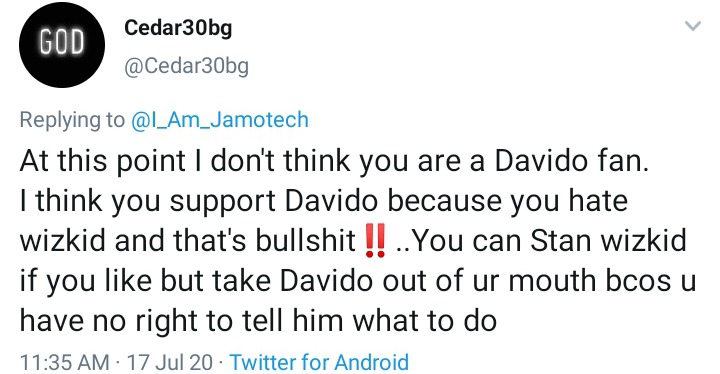 Wizkid's fanbase popularly known as "Wizkid FC" also reacted to the insults rained on Davido by his so-called fans. See some of their reactions below:

🗨️I woke up to Davido fans insulting their MCM cos he called Wizkid legend and greatest of all time.🤦‍♀️🤦‍♀️

Your MCM knows Wiz is great

Someone need to get bucket for their tears🤣😂😋

🗨️Why will you call yourself a fan and be angry at ur mcm decision to make peace?. Chai, see abuse

🗨️To me all this guys are doing fine and they are contacting each other but maybe not in public u don’t need to even get mad over this.... Wizkid na legend davido sef na legend am not going to be a bitter fc am just going to stream Smile and Smile

🗨️This just to show that the love isn't real!!

They are just after his giveaway...

"God abeg no bring this kind people come wizkid fc, If at all Dem come self they have no option but to love, because of GRACE"

🗨️ The earlier they realize and accept that what their Mcm is saying about Wiz being a Legend, the better for them or else they will end with frustration 😂😂

🗨️"I just went through the comments section. Laugh wan tear me😂. Them dey abuse their mcm. Dem dey shekpe for am😂😂"

🗨️Davido fans are the ones fueling the hate.. Davido no get time but those his fans just want him to hate...

🗨️Imagine insulting your MCM 😂😂..instead make them respect him decision

🗨️These pushed him in the first place with stupid hype that his music can't meet up with, now he's taken his L but they don't want him to be a man.... stupid fans

🗨️Davido deserves better. He works so hard for y’all to just be his fans when it comes to fight and insult him when he doesn’t want to fight. Kmt

🗨️I’m sorry but this is just irritating.

You insulted wizkid n the song he released on his birthday, ok.

The person you claim to “stan” wished wizkid a happy birthday n you’re so angry that u’re insulting him?

some of you don’t love davido you just hate wizkid and it’s sad smh.

Personally, I think there's nothing wrong if Davido decides to call a fellow artiste the "G.O.A.T". What do you think?