By Magneto (self media writer) | 7 months ago It’s not evident that most of the fights that do occur between celebrities are majorly caused by fans who want to be sure who is better between their favourites. 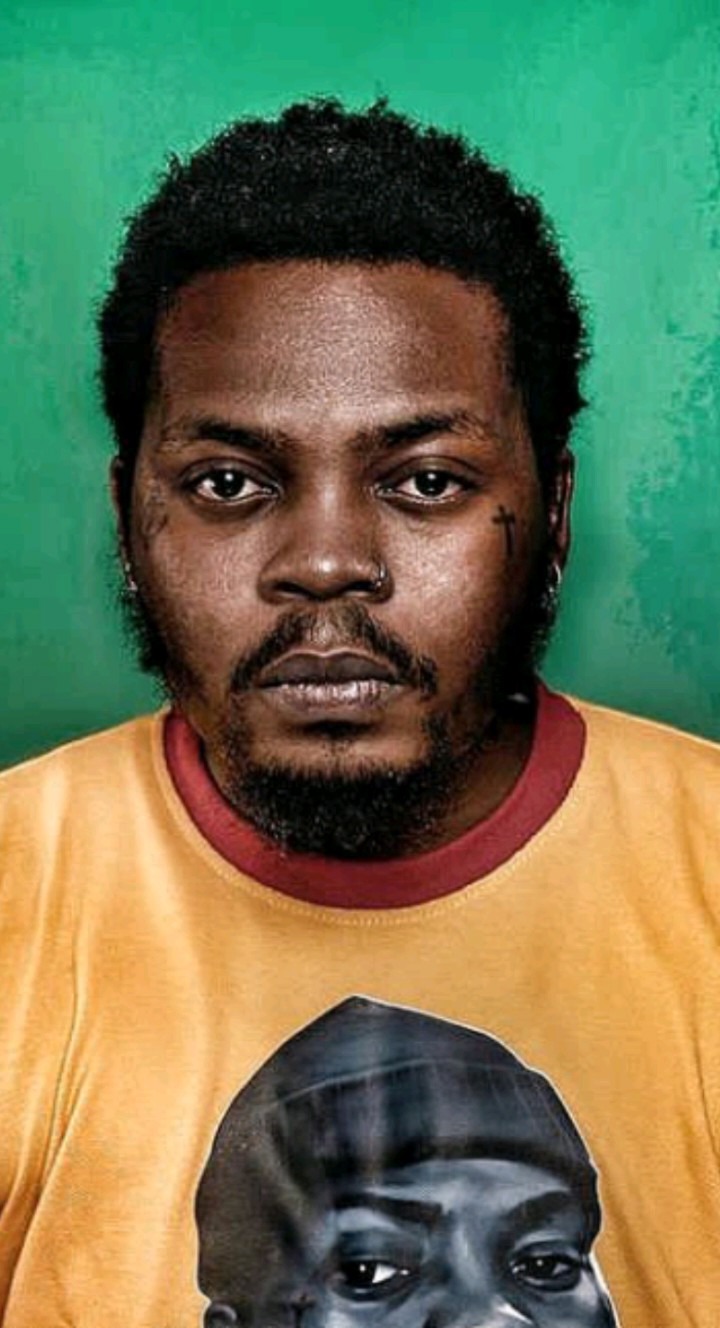 Olamide and Wizkid are some of the few celebrities that many people know that are close, and they love each other, they have been supporting each other right from when they broke into the limelight in the Music Industry, and they haven’t argued or throw shades at each other before. 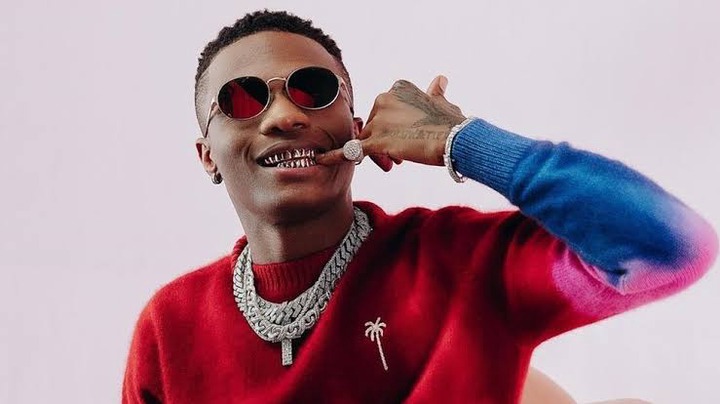 But recently Olamide fans and Wizkid’s fans are seen on Twitter fighting for who is the better artist between Olamide and Wizkid, some Wizkid fans felt Olamide wouldn’t have achieved what he achieved without the help of Wizkid because his most streamed song on Spotify was a song he featured Wizkid “Kana” while Olamide’s fans were seen saying that Olamide achieved many things without the help of foreign or international artists, Olamide’s fans claimed that Wizkid is better because of foreign artists. 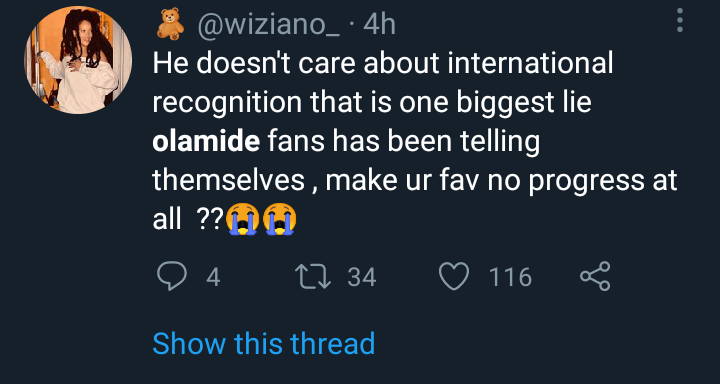 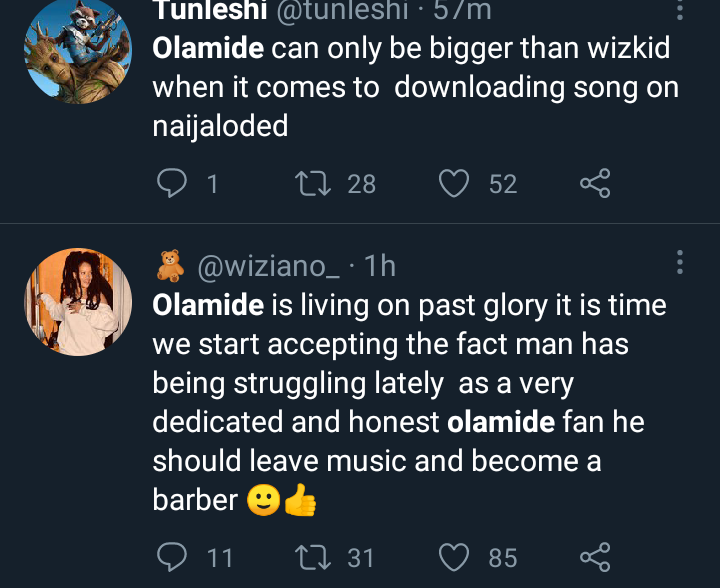 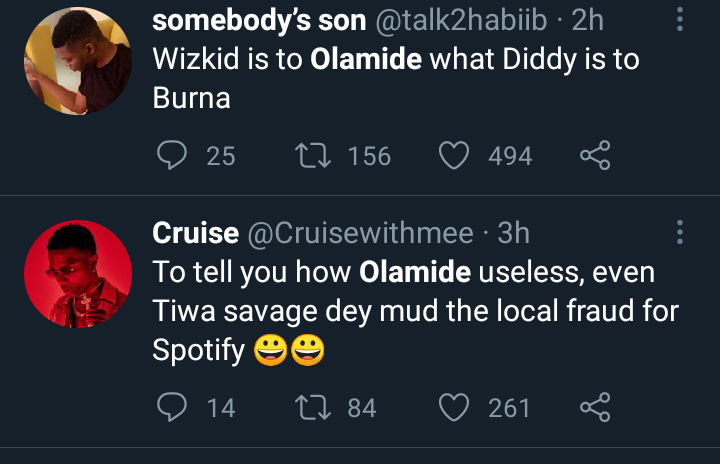 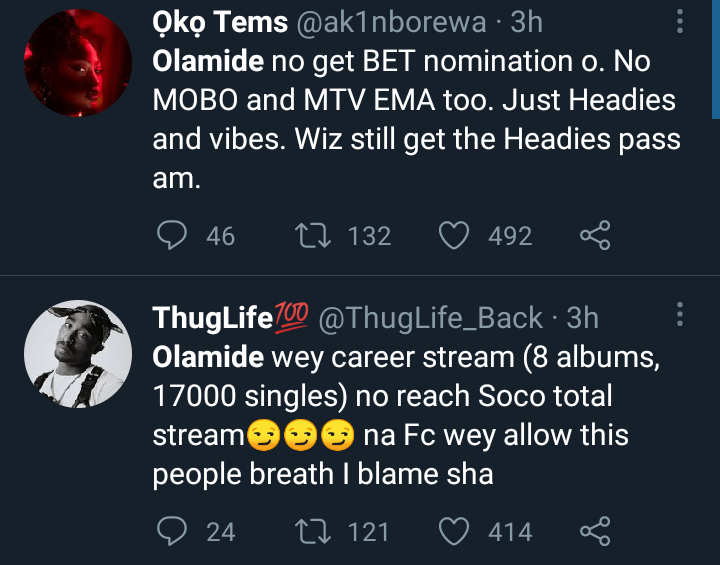 But it’s a known fact that Olamide and Wizkid are both genii in their respective fields, and they respect each other. 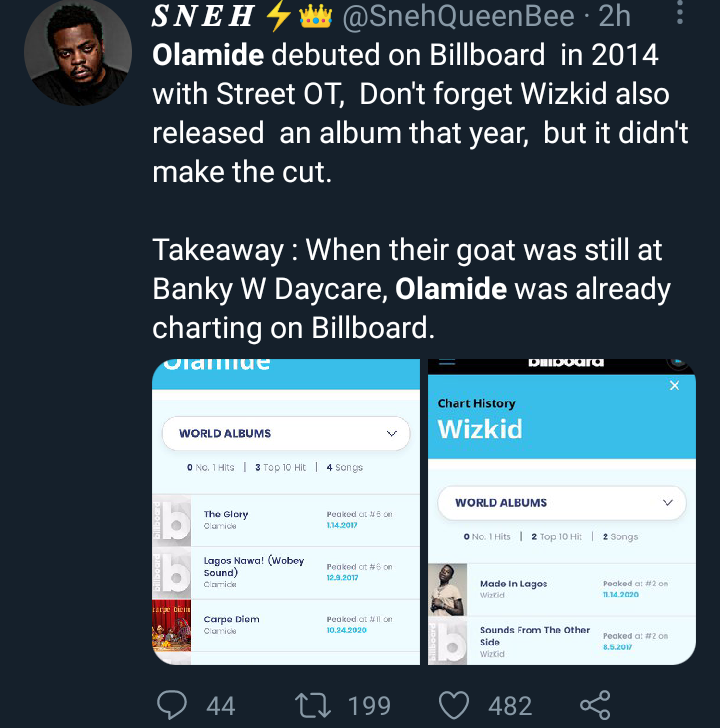 So what can you say about this fight, do you think any of the artists are better than the other one?