Black Is King: Meet The Nigerians Who Made Contributions To The Project

Nigerians are known as hardworking people wherever they are in the world. They strive to be the best in any profession they engage in. Whenever there is a successful venture or project, behind the scenes there is always a Nigerian that contributed.

Recently, Beyoncé Knowles aka Queen Bey, released a movie project titled Black Is King. The movie is based on the Lion King movie, where she features songs from the Lion King's official soundtrack that she executively producer herself. The movie which is centered around black heritage, involved Africans from various countries, both home and abroad on it. Some Nigerians were among those selected to participate in carrying out this great work. These collaborative effort was in different varieties ranging from choreographers to stylists to directors to producers to just making special appearances.

Here are some of the Nigerians:

Jenn Nkiru is a Nigerian-British artist and director. She was featured as the second unit director of Ricky Saiz’s video for Beyoncé and Jay-Z, Apeshit. She was one of the co-directors of Black Is King. Jimi Adesanya is a Nigerian producer. He is the CEO of JM Films. He has worked on many production projects. He featured as a producer for the Black Is King project. Akin Omotoso is a Nigerian film director, writer, and actor. Both his father Kole Omotoso and his sister Yewande Omotoso are also writers. As an actor, he has starred in quite a few big movies such as Blood Diamonds and Queen of Katwe. He has also worked as a director on some South African movies. He was among the producers for the Black Is King movie. Dafe Oboro is a filmmaker and producer who grew up in Lagos. He studied broadcast journalism in the UK. He was among the directors and producers of the movie. The name Meji Alabi rings a bell whenever it is mentioned in the Nigerian entertainment industry. He is a London based Nigerian video director who has directed music videos of music artistes both home and abroad. An example is Burna Boy "On The Low". He featured as one of the second unit directors for the movie. For those who have watched the movie, this boy would be a regular face to you. Folajomi 'FJ' Akinmurele is a Nigerian kid who potrayed the younger self of the protagonist in the movie. 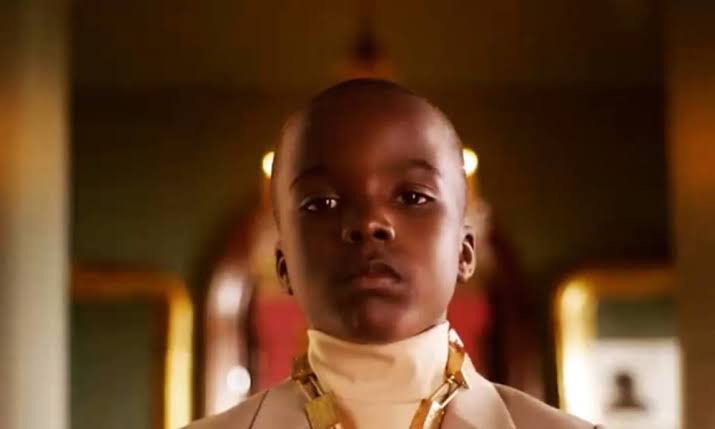 Stephen Ojo also known as Papi Ojo, is a self-taught 22-year-old Nigerian-born performer who has played an outsize role in bringing African dance to American stages. He was born and raised in Lagos but travelled to New York in search of greener pastures. He started a dancing group there with his older brother Emmanuel and friend Caleb Bonney where they performed at college shows or fashion shows after gaining popularity. Sadly, he lost Emmanuel in an incident that happened in 2016.

He would go on to choreograph for popular American artistes like Rihanna, Janet Jackson, Big Sean, A$AP Ferg and Teyana Taylor, where he taught Rihanna the famous gwara gwara dance.

He was the 'blue man' who was dancing all-around alongside Beyoncé in Black Is King. This is just a few to mention. Also, making special appearances was Yemi Alade, Tiwa Savage, Mr Eazi and Wizkid. They appeared for the various music videos of the songs they contributed to on the Lion King: The Gift album although we didn't see Burna Boy and Tekno who also worked on Ja Ara E and Don't You Jealous Me respectively. We would be expecting more projects like this that will involve we Africans, Nigerians in particular. This will make us to be seen in a good light and be praised for our industriousness.