Skiibii, Mr Real & others react as Wande Coal shares cool photos working on his next project

By Sirlloyd (self meida writer) | 9 days 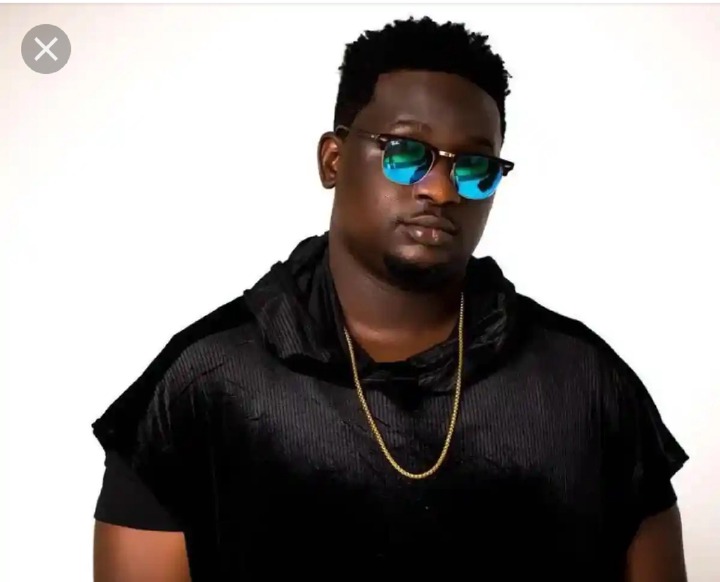 Nigerian prolific singer, Wande Coal has decided to share cool photos of himself as fans including celebrities like, Praize, Skiibii, Broda Shaggi, Mr Real and others react.

The talented singer shared the photos of himself obviously in the studio working on his next project on his Instagram page and wrote;

"Do it once you are good

Do it twice you are best

Do it three times you are a legend

Do it again, you're Wande Coal." 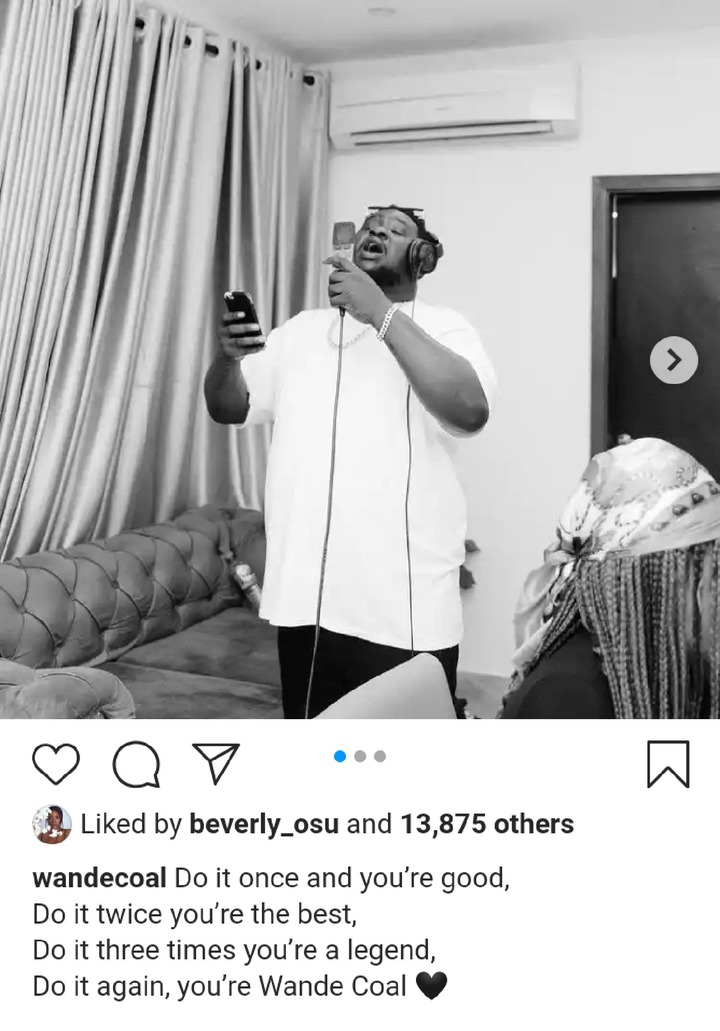 Wande Coal, 35, whose full name is Oluwatobi Wande Ojosipe, shared the photos to let his fans know he is has something cooking for them. The gifted artiste who has one of the best male voice in the country, is obviously not ready to slow down, as he keeps showing his versatility in the music industry. He is a very creative singer who has a voice to die for which has endeared his fans to him. He is obviously seen in the studio working on his next project which I'm sure will be a hit. The photos he shared has caught the attention of his die hard fans including his celebrity friends, as singer, Mr real reacted by saying, "Dangerous man" while Skiibii reacted with a panda and fire emojis, Broda Shaggi wasn't left out as he reacted with a white star emoji.

The Lagos State born singer who came to prominence when he got signed to Mo'Hits records in 2006, instantly show his unique talents as his sonorous voice was obviously enchanting. He rose to stardom with the release of his debut Album, "From Mushin to Mo'Hits" which was widely accepted in Nigeria, USA and the UK.. He has won himself awards which include The Headies Awards for Artiste of the Year, MTV African Music Award for song of the year and the Nigeria Entertainment Award for Best Collaboration.

The University of Lagos graduate of Curriculum Studies, is obviously In the mood to do it again as he shares the new photos of himself in the studio to make it happen again. 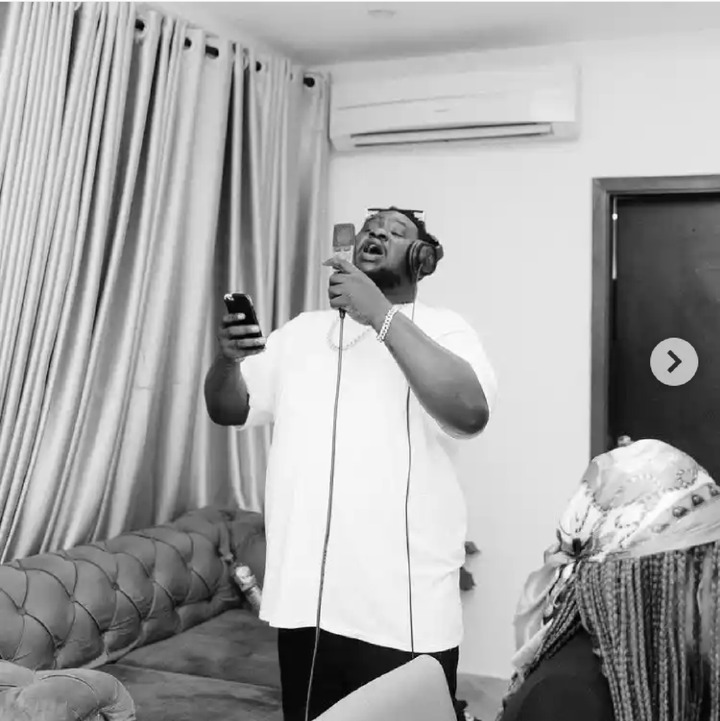 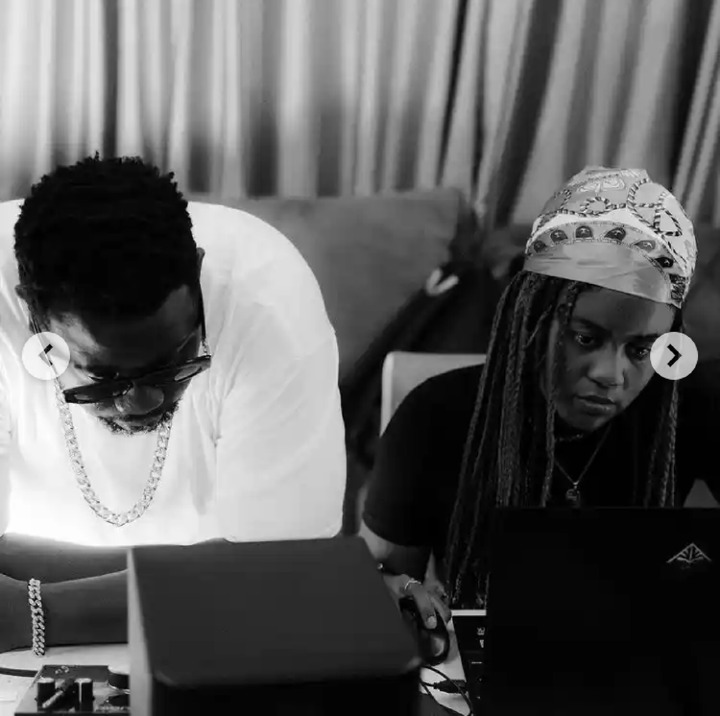 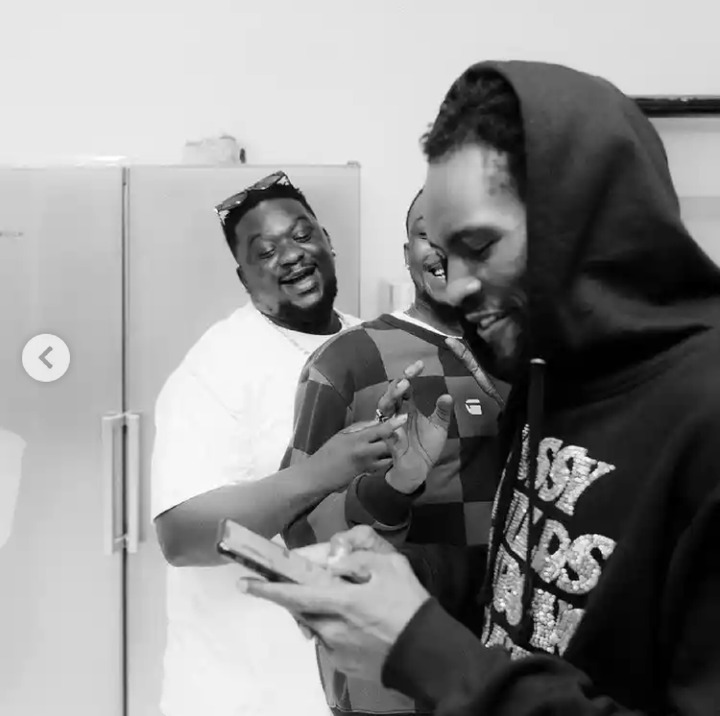 Wande Coal got the reactions he was expecting as his fans including celebrities alike reacted. 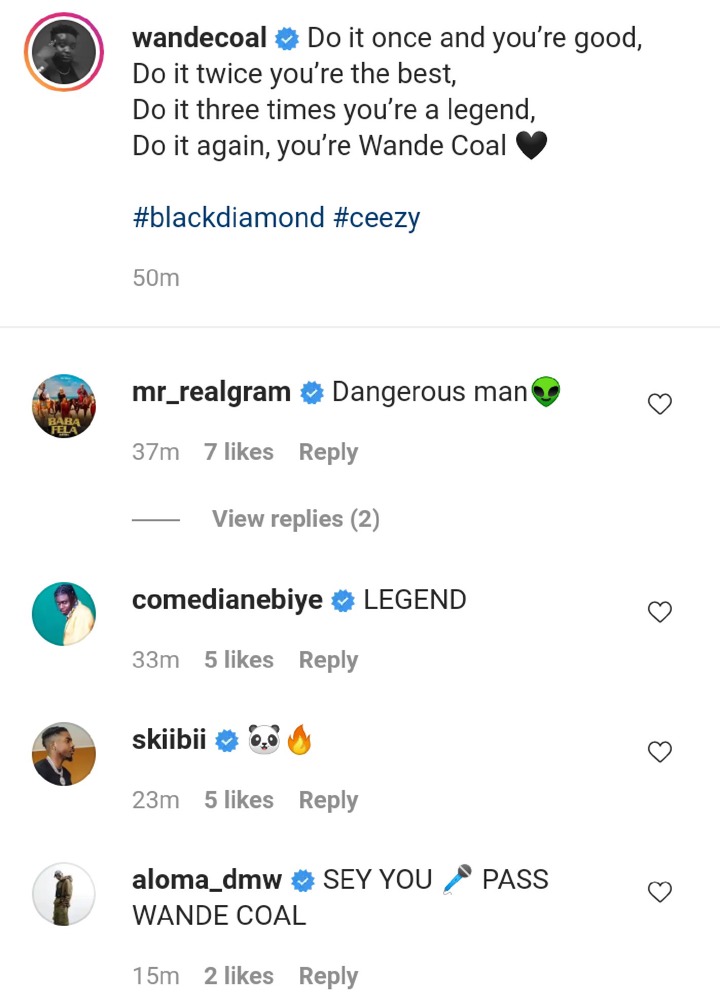 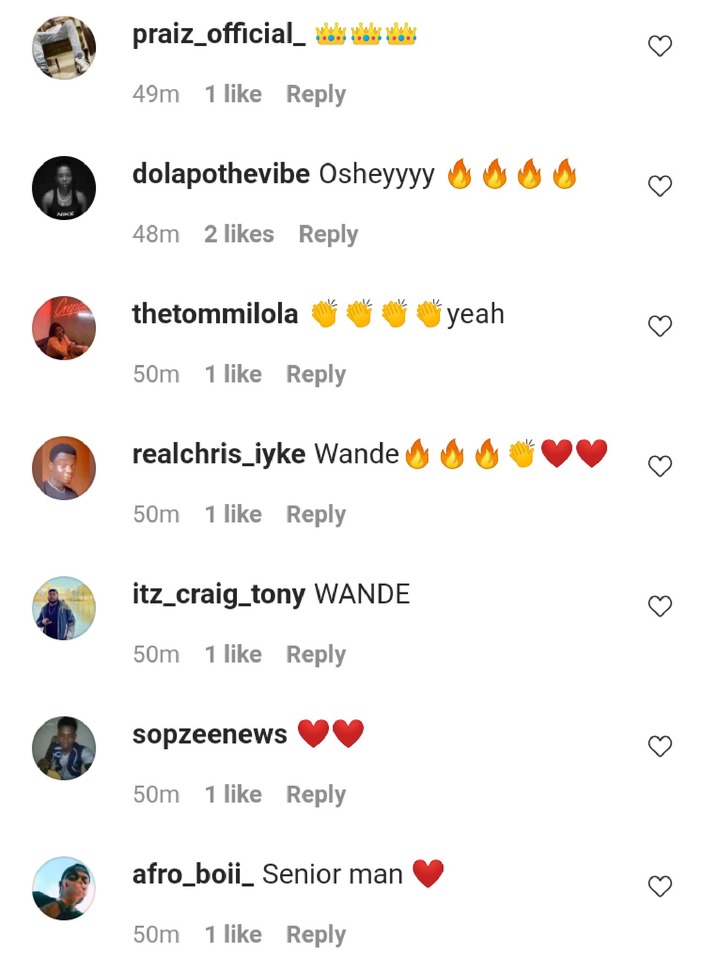 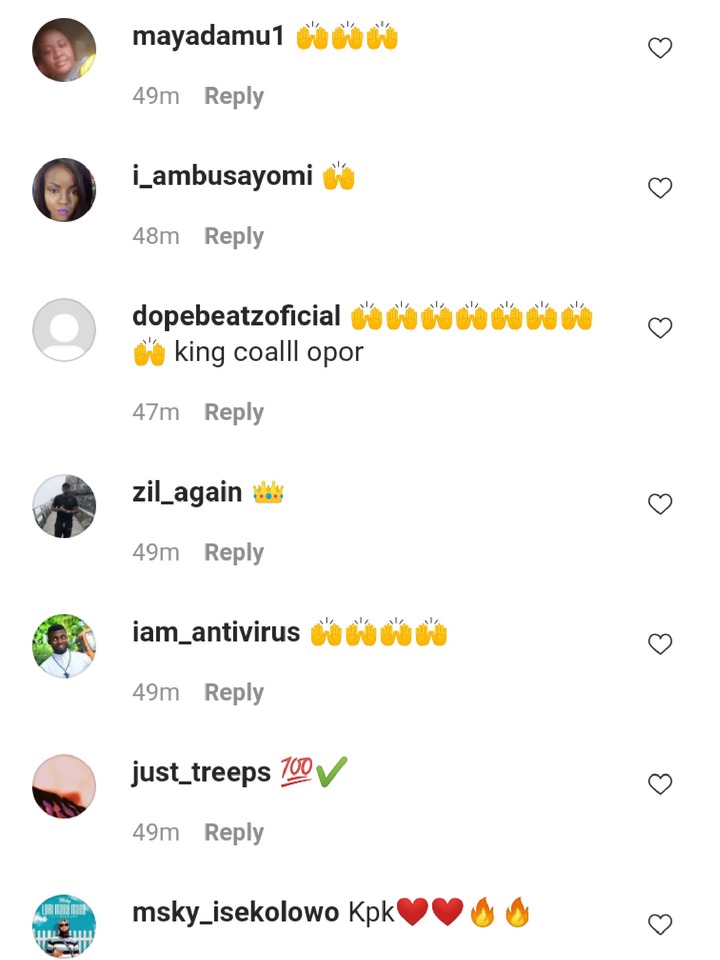 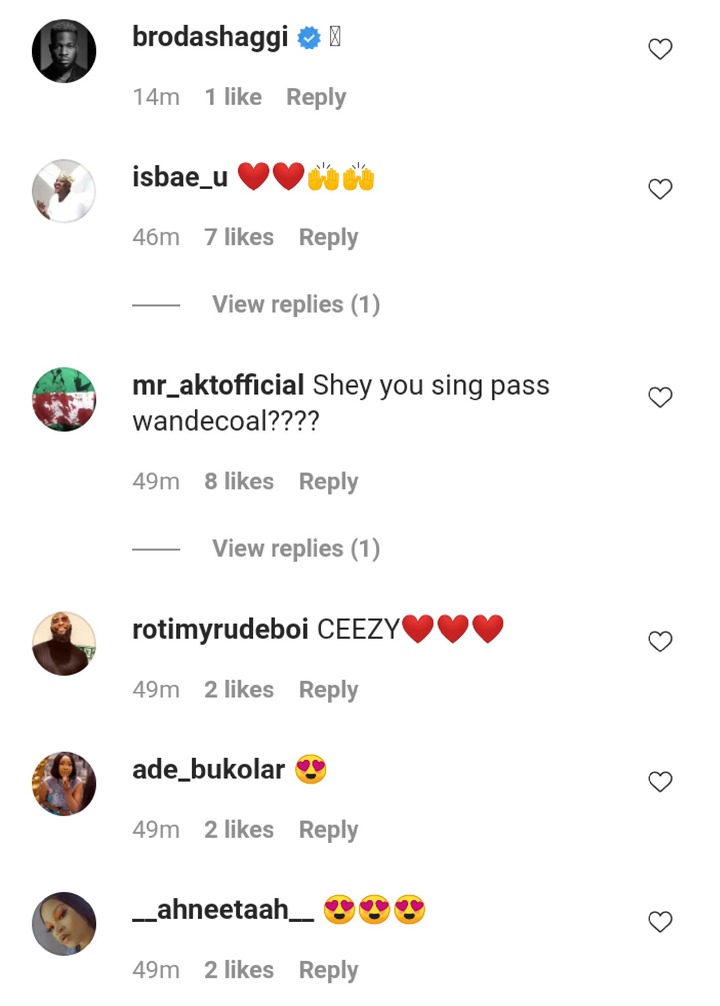 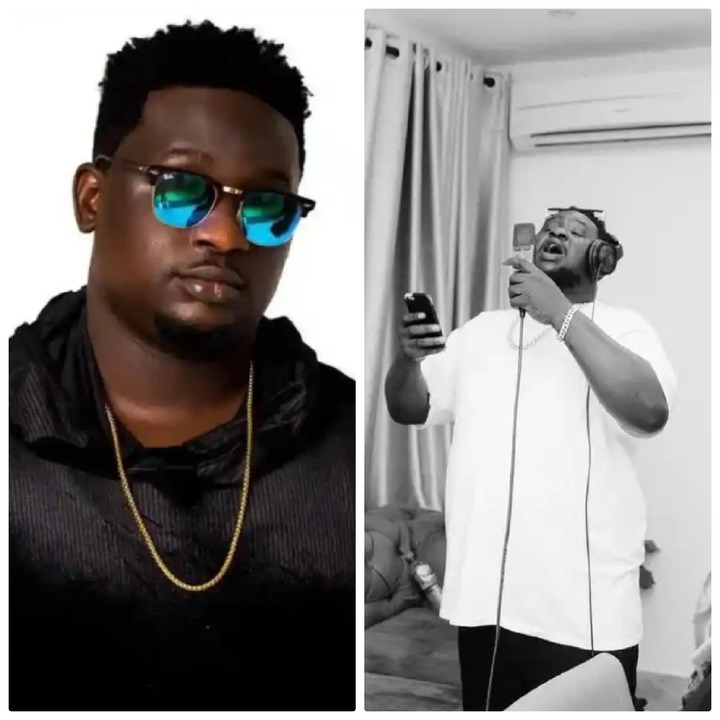 Mothers, Check Out These Stylish Ankara Designs For You To Rock This Coming Sallah

Just for laughs: Some funny football-related "punchlines" for your weekend pleasure

Photos Of Regina Daniels Loved Up With Her Elder Brothers, Sweezzy And Sammy West