The Greek Philosopher Who Died From Laughter.

• Greek philosopher Chrysippus allegedly died from laughter after he saw a donkey eating his figs. 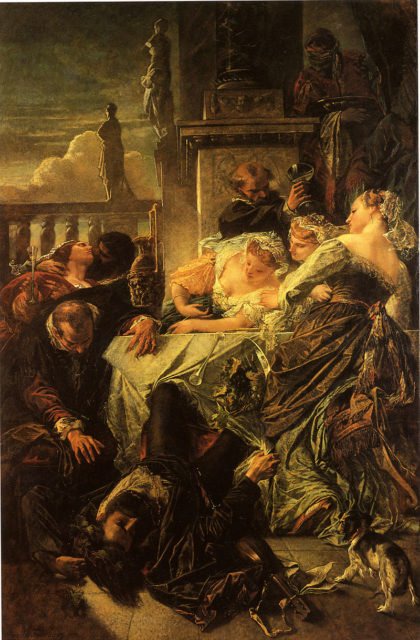 The concept of death from laughter seems rather ironic, as laughter is often an indication of lively celebration and a sign of life’s pleasures. However, on rare occasions, death can occur when brain trauma induces pathological laughter or when laughter triggers a sudden loss of consciousness called the syncope.

The laughter-induced syncope is an actual medical term, and it is also known as the “Seinfeld syncope” because one reported case occurred when an unfortunate patient died while watching a particularly funny episode of the popular TV show Seinfeld.

Throughout history, some people allegedly died from laughter, and instances of such death have been recorded from the times of the ancient antiquity to the modern day.

The earliest known example dates back to the 5th century BC when a Greek painter named Zeuxis allegedly died of laughter while ironically painting the goddess Aphrodite as an old woman. His death was considered a punishment from the gods for mocking a goddess. 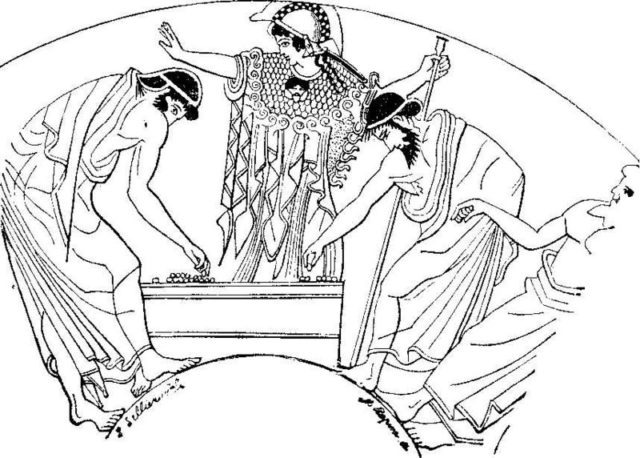 Cleromancy in ancient Greece. Chrysippus accepted divination as part of the causal chain of fate.

Another prominent intellectual of the Ancient Greece reportedly died in a fit of laughter. Chrysippus was a Stoic philosopher with a particular interest in logic and ethics: he was the head of the Stoic school of philosophy and an incredibly prolific writer who composed more than 700 works.

The most significant historical source on the death of Chrysippus was found among the writings of Diogenes Laërtius, a biographer of Greek philosophers. According to Laërtius, Chrysippus died at the age of 73 during the 143rd Olympiad, which took place from 208 to 204 BC. He reportedly saw a donkey eating his figs and yelled: “Now give the donkey a pure wine to wash down the figs!” 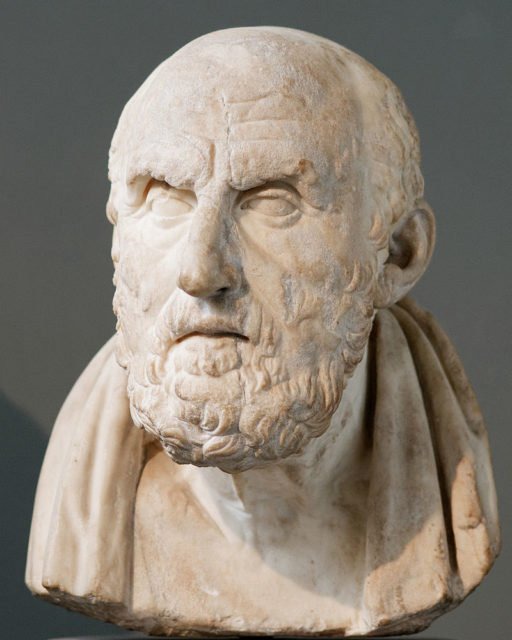 Roman copy of a Hellenistic bust of Chrysippus.

Afterward, he started laughing so hard that he fell to the ground. He continued to laugh for several minutes, but then started shaking uncontrollably, and foam started coming out of his mouth. Several bystanders rushed to help him, but he died after the seizure receded. The authorities at the time claimed that he died from laughter, and the public accepted this explanation.

However, Diogenes Laërtius thought otherwise. In his writing on the death of Chrysippus, he stated that the probability of him dying from laughter is infinitesimal. He believed that the philosopher died from drinking too much undiluted wine at an Olympic feast and that his death was a result of an acute alcohol poisoning.