Defense Headquaters Ask Nigerians To Ignore The Videos About Werewolves In Nigeria, Check Out Why

By Damselamy (self media writer) | 11 months ago 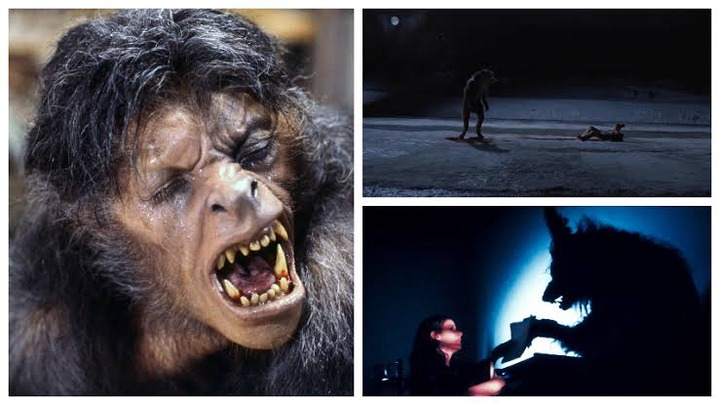 There was a press release that claimed that their troops killed a mythical creature in Benue State and reacting to the report, The Defense headquarters wrote on their Facebook page, saying the report was fake news. The video which said a mythical creature killed people in Benue state went viral over the weekend and many people who saw the video believed that the animal in the video is a werewolf. 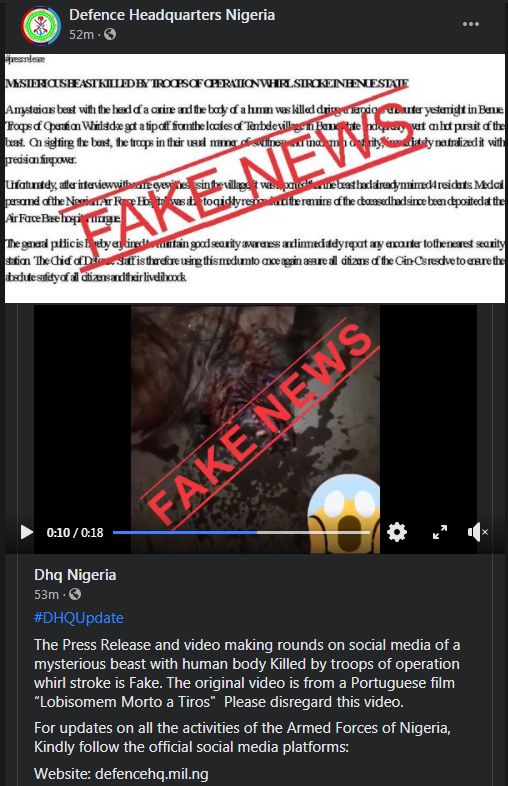 "The animal which looked like a werewolf laid down on the ground and was breathing heavily," A man said in the video

"You all should stay in your houses and you will not listen, in this Nigeria we are living in" He added

The video caused concern over the weekend as many people believed a werewolf had entered Nigeria. But the Defence headquarters have revealed the video is fake.