According to a story shared by Love Expands on Twitter, Cassandra Madison and Julia Tinetti met in 2013 as co-workers. They were brought together by a similar tattoos they both saw in each others body. They quickly became friends and grow fond of each other. 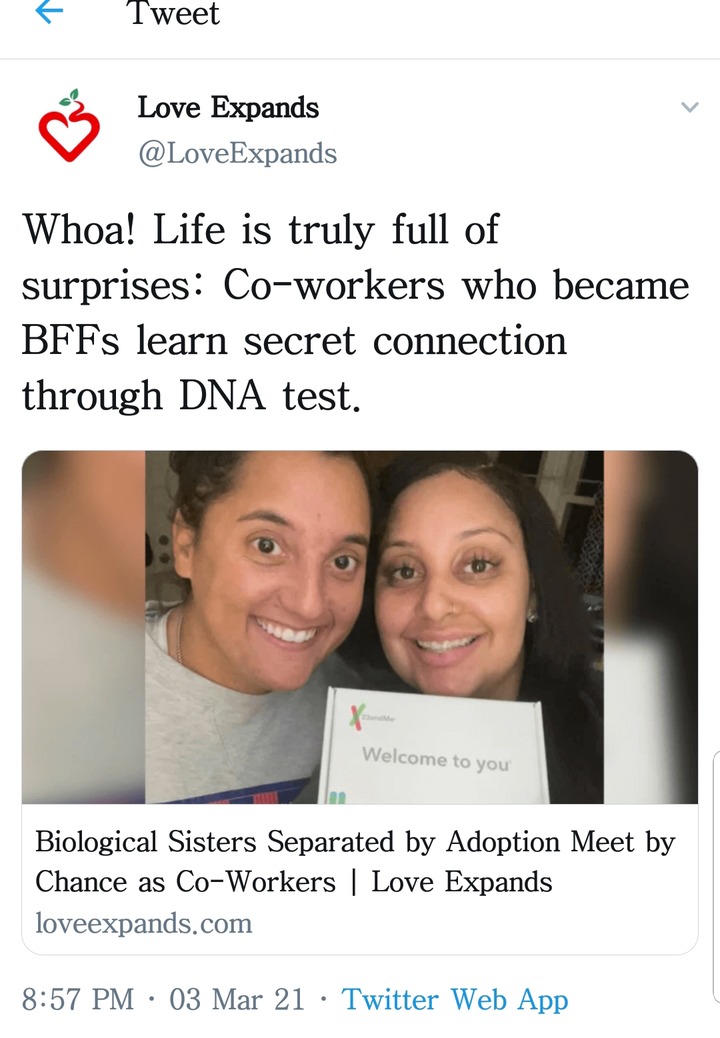 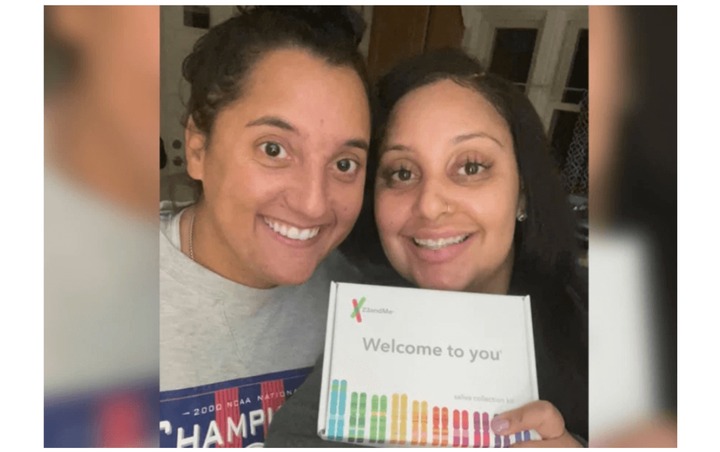 They began to act as if they are real sisters. They wear the same cloth, when people ask them if they are siblings, Cassandra tells them that she is Julia's big sister. Soon they became fond of each other.

People often tell them that they look so much alike. However, Julia's adoption paper work is always there to prove that they are not related in any way and as a matter of fact, non was given up for adoption in Cassandra's family.

Cassandra made a trip to Dominican Republic to seek answers from her father. Her father told her that actually there was a child that was given up for adoption when the family could not take care of her.

Cassandra quickly went for a DNA test and convinced Julia to do the same. When the result came out, they were surprised to see that they are sisters. Everything became clearer that it actually the nature that brought them together and not coincidence.

The only way to keep your job as Arsenal manager is to win Europa League -- Kanu tells Arteta.

Opinion: What Could Have Happened, Had Prophet Odumeje Not Forgiven Ada Jesus Before Her Death?

Man United Could Be Sold, See Who Has Announced Intention To Buy The Club

Four Signs You Are In A Bad Relationship