Bobrisky Is Not A Gay, Anumba Gift Says As She Reveals Hidden Things About Him

By UniqueNk (self meida writer) | 1 months

Bobrisky has been trending on social media because of what he did to Ivorian lady. And so many things have been said about the cross dresser since the whole drama started. However, Anumba Gift the first lady that drew the cross dresser revealed that he is not a gay person. However, according to what she said during the live video on her Instagram page and she said "Bobrisky is not a gay because I have not caught him with anyone, I can't lie about him because my conscience will kill me. He's not a gay but a cross dresser and his using it to cash out.

I won't say what I don't know just to please the public." Bobrisky earlier blast her that is a dirty person and she's very lazy, calling her all sorts of things because she sided the lady he assaulted. The lady also said Bobrisky is a good person and he has added to her life. But one bad thing about him is that, he's hot temper and he can do anything when he's angry. She denied the lie Bob said about her, saying she's dirty and she can't clean wear she sleeps.

Though she said the reason he called her dirty was because she refused to tidy up the room a young man messed up. If that is the reason he said that there's no problem because she know herself to be a clean lady. She didn't deny the fact that he added to her millions, she was the lady that initiated the tattoo business which made other people started drawing the cross dresser. Though Bob gave her what he promised except the Dubai trip, he bought her many things when she came to see him in Lagos. She appreciated him for being a kind hearted person and she can't say what is not true.

Though some people did not believe her stories because of the post she made when the whole drama started. According to the post, she said she will reveal the dragon in her if she's push into the wall then why a change of mind. Does it mean she's scared to speak the truth or she don't want trouble? This means what the Ivorian lady said may be lie. Sometimes, is good to help people who really need your help not road side people that does not know the value of what you did for them.

The story of both ladies prove that Bob is saying the truth but added little lies. If you didn't get what you want, that will not give you privilege to start telling lies about someone. Ladies should learn to be useful to themselves, there are things you shouldn't do even if money is involve. We know things are hard but that will not make you bring yourself low. 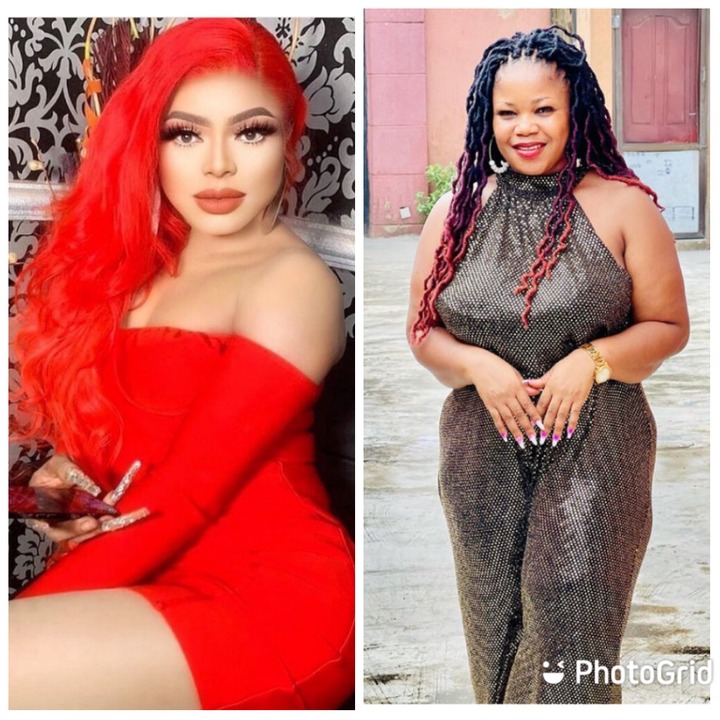 Is Traditional Marriage without the Church Marriage a Complete Marriage

Dear Women, Here Are 5 Ways You Can Stop Your Husband From Cheating On You

Dear Ladies, Here Are 3 Ways To Identity A Man Who Loves You Deeply

Dear Men, Never Date or Marry Any Woman Who Has These 3 Qualities.