Popular Nollywood actor, Yul Edochie took to social media some days ago to call out veteran actor, Kanayo O. Kanayo for cutting out his face in a recent video they were featured together. Many of us have watched Flavour's new music video "levels" as he featured Nigerian celebrities including Kanayo O. Kanayo, Yul Edochie, Cubana Chief Priest, Zubby Michael, Jerry Amilo, Larry Gaga, and many others. 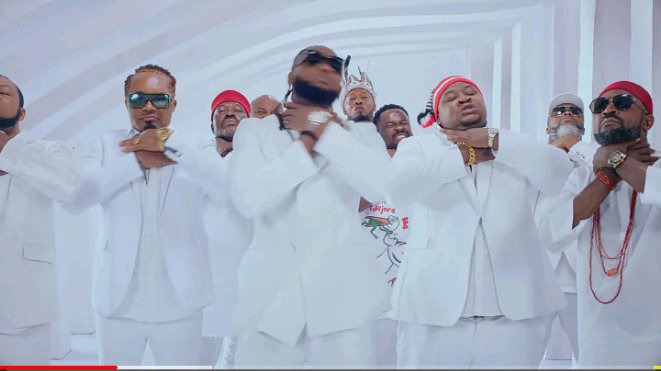 However, after the celebrities shared the video on their various Instagram handles, Yul Edochie took to his Instagram account and called out Kanayo for cutting his face out of the video that was sent to them by Flavour. Yul expressed his anger at what he claimed that the Nollywood legend did but didn't hesitate to express how he respects and celebrates him. 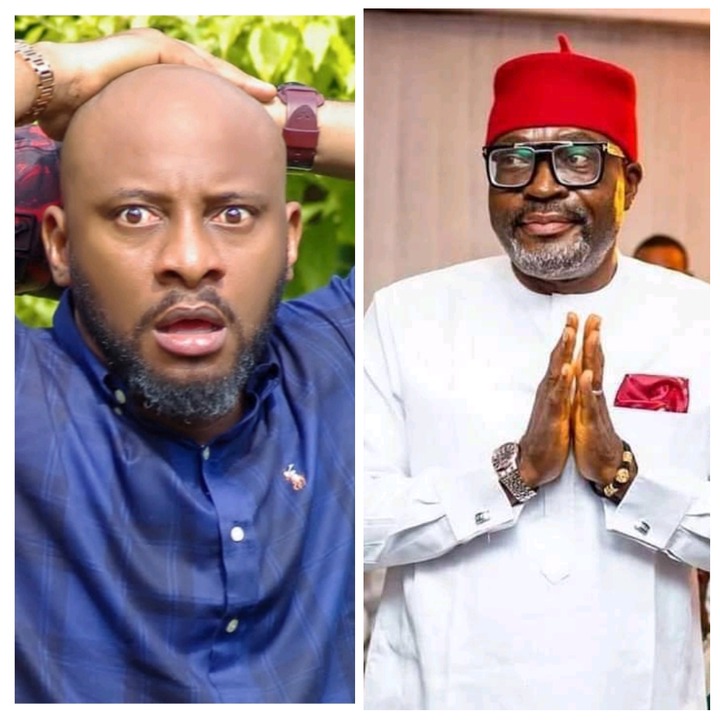 However, coming back a few days later, Yul Edochie has taken to social media to apologize for the public outburst, he made a post to apologize to Kanayo, and people were excited for that. Here is one lesson everyone should learn from this.

The attitude displayed by Yul Edochie has many things to teach us whether he was right or wrong for calling out Kanayo on social media. What Yul did should teach us that people can sort out any issues secretly without involving social media. According to Yul's post, he made it known that he should have reached out to Kanayo first no matter how bad he felt about what happened. 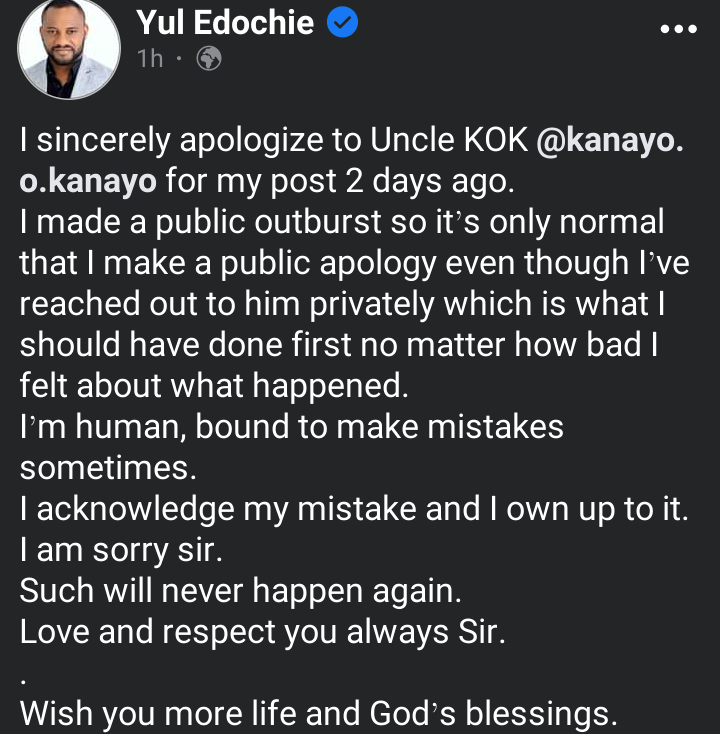 Issues that can be settled privately should have nothing to do with social media. Bringing issues like this online can equally cause commotion between two or more persons. Imagine if Yul hadn't apologized on this matter, maybe their fans would have to turn it into something ugly.

It's better as Yul handled the matter matured with respect and sincerity. It will teach a lot of people how to handle some issues like this without involving social media or turning it into a fight.

What do you think about this? leave a comment below.