Rare Photos of Queen Elizabeth Through the Years

In September 2015, Queen Elizabeth II became the longest-ruling monarch in Great Britain's history, surpassing her great-grandmother Queen Victoria's record rule of 63 years. To celebrate, the royal family presented an exhibit of photos at The Royal Collection Trust of the then-89-year-old Queen to commemorate her reign. Now, we're doing the same in honor of her upcoming 94th birthday. Ahead, take a walk down memory lane and see how a young Elizabeth made her mark from the start.

Even at age one, Princess Elizabeth knew how to pose perfectly and wave to the crowds.

Who would've guessed little Elizabeth could have given Shirley Temple a run for her money?

Princess Elizabeth cheerily poses for the camera in 1930.

The princess sitting pretty in dress fit for a (future) queen.

Of course, being a royal isn't all about wearing pretty dresses and posing for photos—it's also about cuddling with the royal corgis.

Just try not to smile at another sweet image of Princess Elizabeth with her pet corgis Jane and Dookie.

Princess Elizabeth and her sister Princess Margaret dress up as Cinderella and Prince Charming during a royal pantomime at Windsor Castle.

The future queen stands in front of her playhouse given to her by the people of Wales.

The princesses pose for a family portrait with their mother, Queen Elizabeth I.

Here, the princesses work on paintings in the school room of Buckingham Palace.

Princess Elizabeth with her one of her horses.

Princess Elizabeth (right) and Princess Margaret play with another one of their unconventional pets, a chameleon.

The sisters with the girl guides (the U.K.'s equivalent to Girl Scouts) in April of 1942.

Can Buckingham Palace send its hairstylists our way?

Nearly 20 years later, Queen Elizabeth poses alongside one of her beloved corgis yet again.

Queen Elizabeth flashes her pearly whites while attending an event at Tivoli Theatre.

They announced their engagement in July 1947. Just look how sweetly he looked at her!

Princess Elizabeth with her fiance Philip alongside her sister Margaret in the White Drawing Room of Buckingham Palace.

Princess Elizabeth and her husband Prince Philip, Duke of Edinburgh during their honeymoon in Malta, where he is stationed with the Royal Navy.

Princess Elizabeth and her husband study their wedding photographs.

Princess Elizabeth with her son, Prince Charles of Edinburgh, after his christening

The new parents attend a Charity Ball at the Dorchester Hotel.

Princess Elizabeth alongside her husband with their children Prince Charles and Princess Anne.

The young royal family outside of Balmoral Castle in the fall of 1952.

Prince Charles and his mother look out the window of Balmoral Castle that same fall of 1952.

Princess Elizabeth watches her son play in his shiny toy car while at the castle. 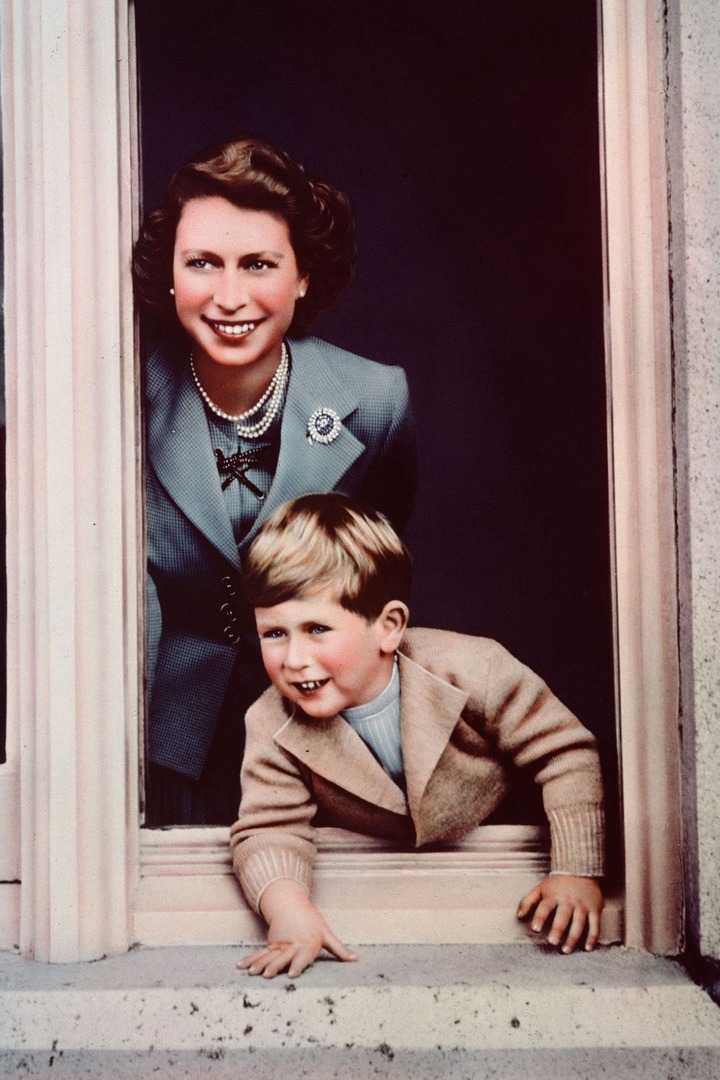 The Beginning of Her Reign

After King George VI died, Elizabeth acceded the throne and became the wise, stoic, graceful Queen we know her as today.