Celebrities are known to spend lavishly on every occasion from their huge mansions to extravagant engagement rings, so why won’t they spend on their parties that celebrate them turning a year older, too? Supermodel Kate Moss partied for over 100 hours upon turning 40, while Justin Beiber rented an entire island when he turned 21, and Simon Cowell’s fabulous 50th bash set him back by about a million dollars or more. Review the most overgenerous celebrity birthdays and it may inspire the next party you plan to throw. 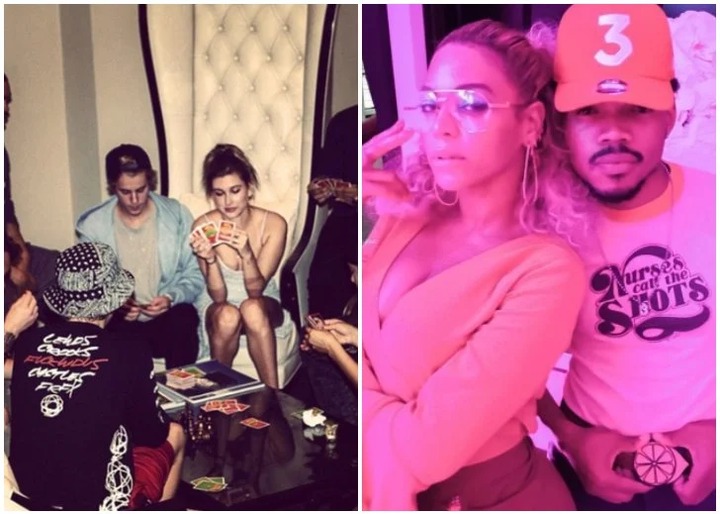 For his 21st birthday, singer Justin Bieber popped multiple bottles of champagne in 2015 on a privately rented island in the Caribbean, which saw the august presence of many a celebrities such as his future-wife Hailey Baldwin. The very next year, he celebrated his 22nd birthday with another huge party, which he hosted himself at famous socialite, James Goldstein’s LA mansion. And you can bet that the guest list only had Hollywood’s who’s who.

BEYONCÉ’S 35TH BIRTHDAY WEEKEND WAS SPENT WITH THE OBAMAS

Upon Beyoncé turning 35, she decided on a Soul Train bash in 2016. All the guests at the party, including stars like her sister Solange Knowles, husband Jay Z, friends Swizz Beats, Chance the Rapper, Usher, Alicia Keys, Destiny’s Child band members Kelly Rowland and Michelle Williams among many others, dressed in their ’70s best. But, the highlight of the festivities has to be that the Grammy Winner had the Obama family for company over her birthday weekend, along with former POTUS Bill Clinton, and they all were entertained by performances from Coldplay and Chance the Rapper. 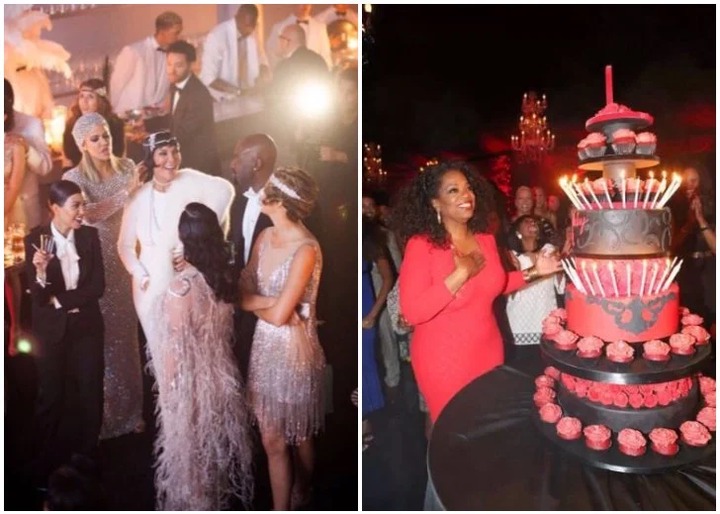 The Kardashian-Jenner clan’s matriarch got a huge shock when her well-known daughters hosted a fabulous party inspired by the book and movies The Great Gatsby for her. Celebrities such as family friends Chrissy Teigen and John Legend, Jada Pinkett Smith and Will Smith, Tina Knowles and others wore ’20s-inspired costumes and danced the night away under a ceiling full of balloons, fancy chandeliers, and of course, a disco ball. Let’s not forget the confetti cannon and Kris being serenaded by singer and rapper Kanye West, who is also her son-in-law.

OPRAH WINFREY’S LAVISH JOINT BIRTHDAY FOR HERSELF AND HER NEIGHBOR

Leave it to the queen of day-time talk show hosts, Oprah Winfrey, to first think of and give to others, even if it’s her birthday. Back in 2014, the media mogul had a joint party to celebrate the 80th birthday of her neighbor and friend Bob Veloz as also her 60th birthday, inviting 200 guests in a very opulent and black-tie affair, held at the exclusive Bacara Resort & Spa in California. Veloz and Marlene, his wife, had previously hosted Oprah’s 50th birthday party, so this was her returning the favor. KATE MOSS REPORTEDLY CELEBRATED HER 40TH WITH 100 HOURS OF PARTYING

When the drool worthy supermodel Kate moss turned 40, she celebrated by having a 4-day party at her residence in Cotswold, England. And this was no ordinary party. The Glastonbury-festival themed birthday bash, and cost over $130,000 (in today’s rate of conversion). She has invited about 150 guests, some more famous than the others such as Oasis rocker Noel Gallagher, Florence Welch and Vivienne Westwood among others. According to newspaper The Daily Mail, Moss even hired a tarot card reader, face painters, fire jugglers, and a large number of entertainers just for the enjoyment of her guests.

The world famous supermodel celebrated her 40 years on earth in style at the super exclusive Hôtel du Cap Eden Roc in Cannes, France. Even though she was the center of attention, there were a host of VIP guests present at the bash, including Jennifer Lopez, Michelle Rodriguez, Marc Jacobs, the Black Eyed Peas and many many more who danced the night away. It just wasn’t a one-day affair, as the week before her birthday also had extravagant events for the guests. 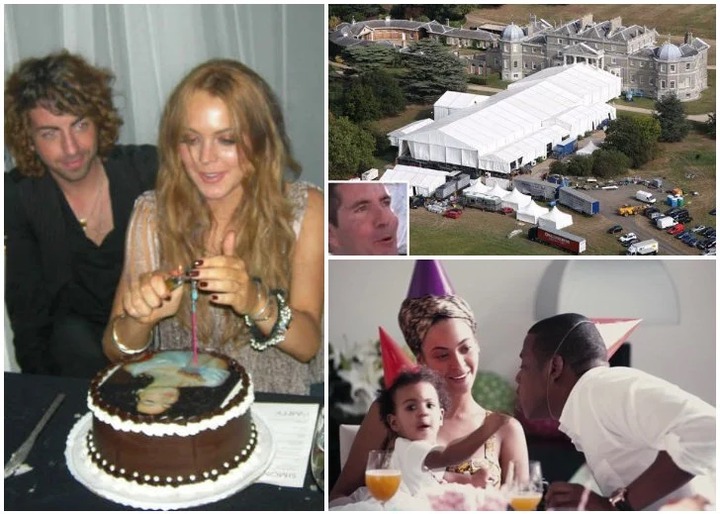 The year was 2006 when actress Lindsay Lohan turned 2 decades old and decided to throw herself an amazing birthday party. Of course, all of the expenses didn’t come out of her pocket, as Life & Style magazine sponsored the event and paid $100,000 for it, as claimed by a few sources. She obviously didn’t celebrate alone, Lindsey had a star studded guest list featuring the likes of Kate Bosworth, Nicole Richie, Owen Wilson, and other celeb guests. The bash reportedly cost over $100,000.

In 2009, Simon Cowell, the flamboyant media Tycoon, escorted over 400 guests in a “fleet of limousines” to a 2,500-acre mansion called Wrotham Park in Barnet, Hertfordshire, England. Cowell had a tank of baby sharks in the lavatories, a decadent fare, and he even projected a likeness of his own self onto the historic manor. The cost was about $1.3 million in today’s money.

Musician duo Jay-Z and Beyoncé had a massive first birthday for daughter Blue Ivy spending $95,000 on roses, a massive $2,000 on cake, and a princess-themed party. Though the party would have bee considered special enough, the new parents also splurged $80,000 on a Barbie doll which was diamond-encrusted. We could only expect such an expensive birthday gift from Jay Z and Beyoncé. As long as their baby enjoyed her day, $200,000 was just chump change.