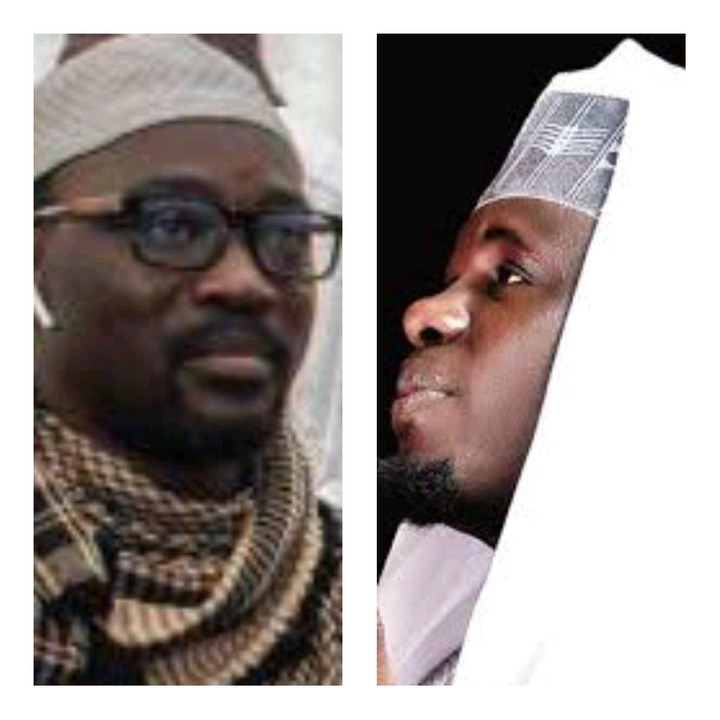 Just like a saying goes that, the worst kind of ingratitude, is a gratitude left unexpressed, Fuji music star, Alhaji Wasiu Alabi Odetola popularly known as Pasuma, has taken a cue from that maxim, to express his gratitude to whom it was due. This, the Oga Nla of Fuji as Pasuma also relishes to be called, did in honour of Islamic music star, Alhaji Katibi Bello, better known as Aponle Anobi, by eulogising him publicly for being the one who composed the lyrics of his still trending blockbuster album titled: "Money Making Machine" (MMM).

The location was the venue of the Islamic music star's event on Sunday, April 4th, 2021, in Ibadan, Oyo State, where Aponle Anobi was celebrating what he called: "Aponle Anobi Day", and Pasuma was one of the invited guest artistes to the massive gathering. And when Pasuma was invited to the stage in the course of the event to talk about the host of the event, Aponle Anobi, Pasuma praised him to high heavens while he revealed that he was the brain behind the lyrics in about 4 tracks of MMM which redefined Pasuma's music, and made it penetrate everywhere like never before. 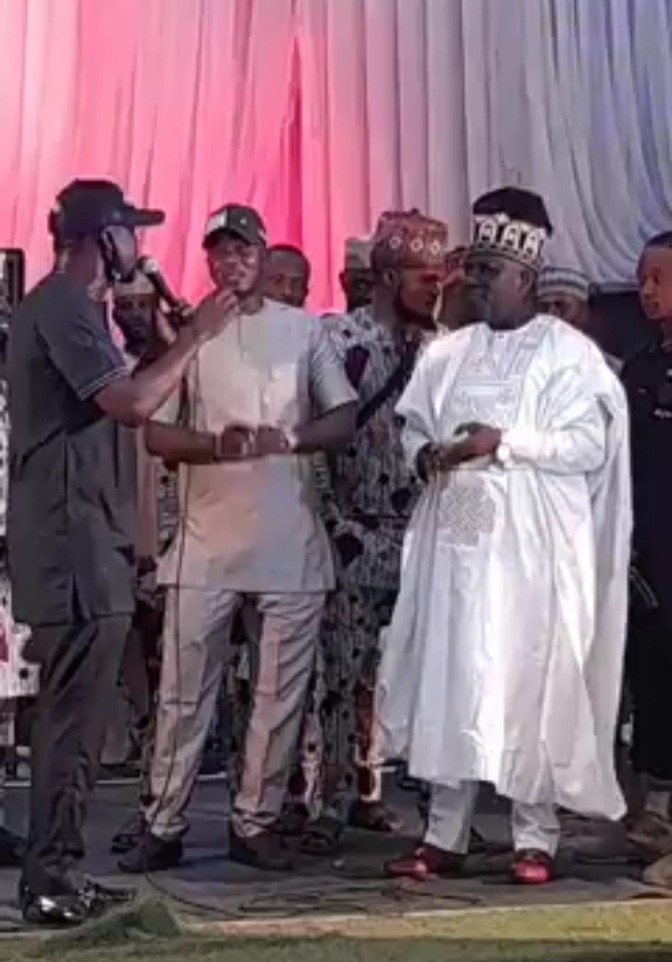 According to Pasuma on how it all came out to be; he said he called the marketer he was going to work with on a new album, Alhaji Babatunde Saheed of Role Model Entertainment, and told him that he wanted to do an album that would be a little different from the Pasuma style that everyone knew already. And the marketer replied that, he would talk to Aponle Anobi to come up with something, and they would take it up, from there. And so, Aponle Anobi went to work, after being detailed by the marketer on what they wanted, and the result was the MMM that even, those who were not fans of Pasuma came to love, and can't stop listening to, endlessly. 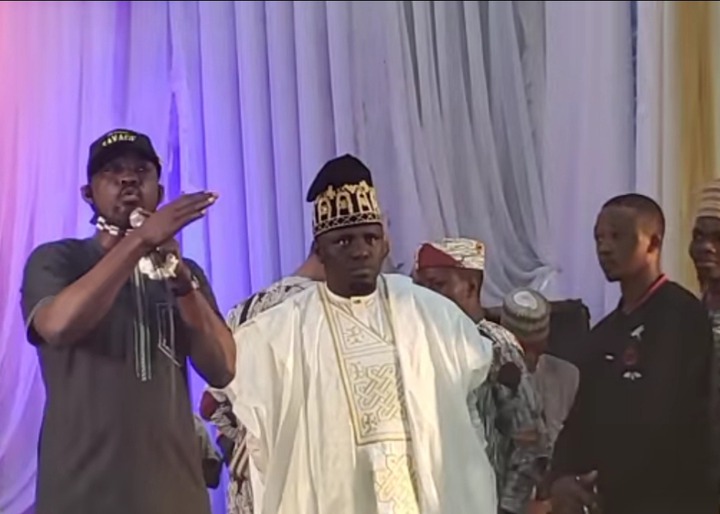 Pasuma, then thanked Aponle Anobi publicly for bringing out another side of him, musically, with the album. Pasuma also added that, having someone to compose songs for them as artistes, is what every professional artiste does, but some may just decide not to let the public know the person who is composing for them. But for him, that is not right. He stressed that people who deserved to be recognised for good efforts should be given their recognitions without any delay. And that is why he would always mention and recognise his producers in all his songs. 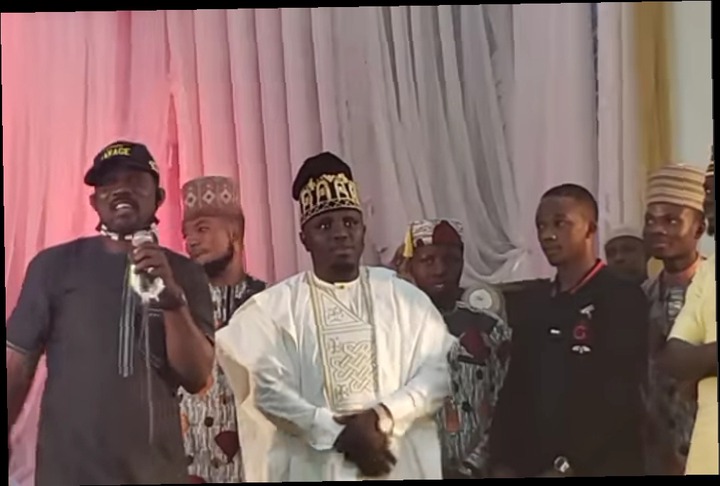 Pasuma, however added that, he was also the one that advised Aponle Anobi to start singing as an artiste too. Because, before, he was only doing a back-up Alfa who would recite Quranic verses and other notes for his popular Islamic Cleric father, Sheikh Muyideen Ajani Bello, at his public lectures. But on a particular occasion, he saw Katibi Bello singing while he was doing the back-up Alfa thing for his dad, and heard how sonorous his voice was, and told him there and then that, he should just start singing professionally, because he has what is takes to excel in it. And like they say, the rest of the story is history, as Aponle Anobi did not only start singing, but has also gone further to win awards with his music.

It would be recalled that, Aponle Anobi's first attempt with music earned him the award of Best New Islamic Artiste of the Year, on the platform of the only award event for the Islamic music in Nigeria, Islamic Music and Associated Nominees (IMAN) Awards in 2016, and he has continued winning in other categories of the coveted awards till date. And he has made fame and fortune with his music as well. 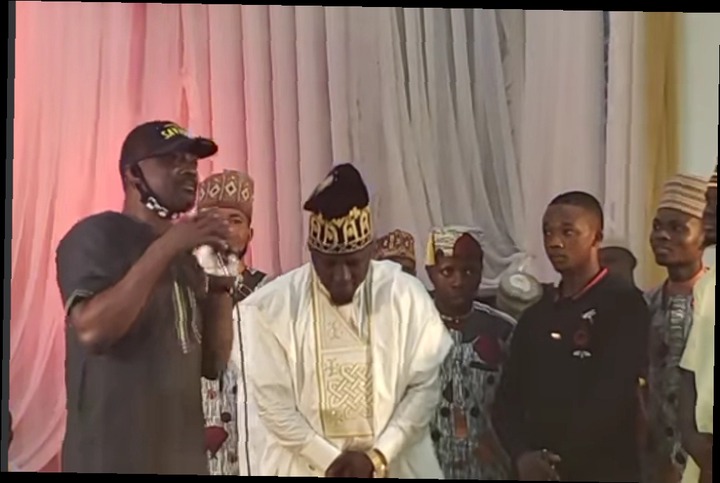 Meanwhile, after the eulogy by Pasuma, Aponle Anobi responded that it was not him that composed the tracks he did for Pasuma, but rather, it was God Almighty that did it through him. And he ensured that Pasuma who said he needed to leave the event as soon as possible, gave a cameo musical performance to the delight of the massive gathering before leaving the venue.