By Abdulmj (self meida writer) | 1 months 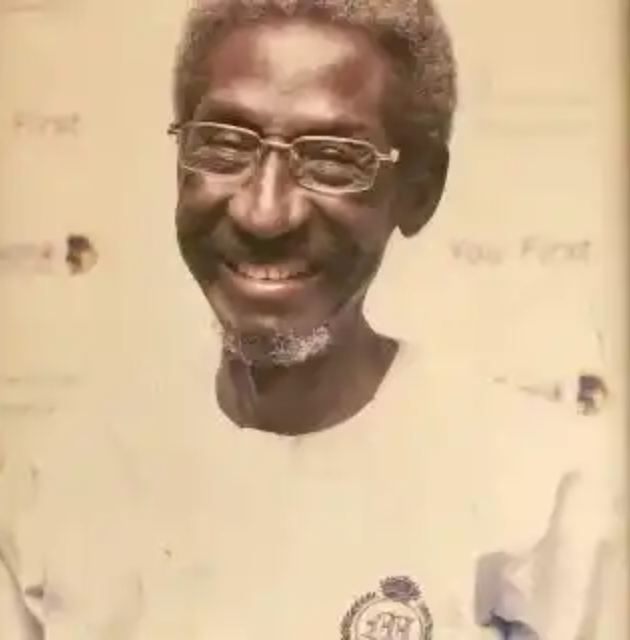 Filmmakers of the South and the North have expressed their grief over the loss of renowned actor Sadiq Daba, who passed away on Wednesday, March 3, 2021.

He is survived by his wife Bolaji Daba and two children and six grandchildren. He had been battling cancer for four years.

Film Magazine reveals that he was originally from Kano but grew up in Sierra Leone before returning to Nigeria.

Daba is a well-known TV personality and actor in Nollywood films.

He was first known while working for the Nigeria Television Authority (NTA) where he was a newsreader and also an actor.

He starred in the long-running drama ‘Cockcrow at Dawn’ which was staged in the late 1970s at NTA Sokoto where he worked. In the program, he appears as Peter. Later, he became a hero in Nollywood.

In 2015, he won the ‘Africa Movie Academy Award’ for Best Actor for his role as Superintendent Waziri in the film ‘October 1’ directed by Kunle Afolayan. He was once selected as the ‘Late Ambassador Segun Olusola’ at the NBMA Awards.

In 2017 Daba himself revealed to the world that he had cancer. Many Nigerians have since started raising money for his medical treatment.

Many filmmakers have expressed their grief over his death on their social media accounts.

In his message, Nollywood star Saheed Balogun said: “Good morning, Kawu Sadiq Daba. May God have mercy on you.

"Sadiq Daba, a former actor, is one of the last surviving filmmakers in Jos," said actor Mu'azu. I look at Sadiq as a big brother and friend. May God have mercy on him, amen. ”

"Uncle Sadiq, have a good life," wrote Joke Silva. Thank God you got to work to the end. Good night, my friend. Lie down. ”

May God have mercy on us too, amen.

Check Out These Pictures of Late Michael Jackson's Family

Lady Zandie tweets: "I Dated A Guy For Five Years Only For Him To Dump Me After Infecting Me With HIV"

"Idris Deby Crushed The Opposition, Perpetrated Himself In Power & Lost His Life While Defending It"