An Inside Look at Davido’s Car Collection, Luxurious House and Lavish Lifestyle

By Kings_tv (self media writer) | 5 months ago

The fact that David Adeleke, better known as Davido, has a luxurious taste for luxury is something that everyone should know about his life. Adedeji Adeleke, his millionaire father, is the same way. Omo Baba Olowo's appetite for luxury is unrivaled, as seen by his lifestyle and the way he lavished money on items he enjoys and draws pleasure from without prejudice. 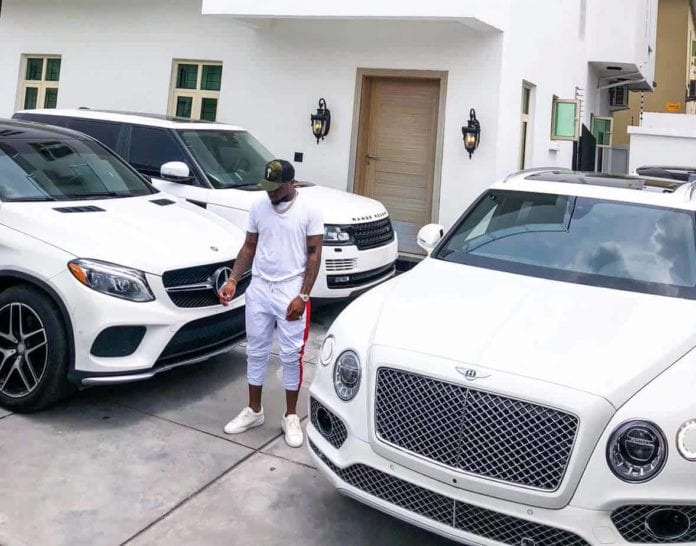 One of the things the artist is passionate about is vehicles, and his garage is brimming with them; not just any cars, but classy and antique. The cars in Davido's garage are reported to be valued more than N1 billion. To balance the equation, the singer also owns elegantly decorated homes.

A Peep Into Davido’s Garage/Car Collections

His automotive collection has grown over the years, attracting the adoration of his admirers and music aficionados. The following are some of the highly expensive cars owned by the singer, starting with the most exclusive in his garage:

The Rolls-Royce Cullinan 2019 is the most luxurious car in Davido's collection right now. Everyone knows that anyone who owns or drives a Rolls Royce exudes elegance and refinement.

royalty. The luxurious car, which he received in December 2018, is Roll Royce's first all-terrain sports utility vehicle (SUV), and it is estimated to cost over 350 million dollars. That is a lot, but not for someone who enjoys beautiful automobiles and has the financial means to obtain them. Following the enormous success of the 30 billion musical concerts in December 2017, which resulted in a whopping sum of N500 million, the singer went on to present himself the beast 2018 Bentley Bentyga, which is reported to cost around N100 million. The hand-built luxury SUV is powered by a 6.0-liter V-8 engine and an 8-speed automated transmission.

The singer appeared to be sick of the car by February 2020, when he uploaded a selfie of himself standing next to it, declaring that he needed a new one. Fans will not be surprised if something occurs in the near future. 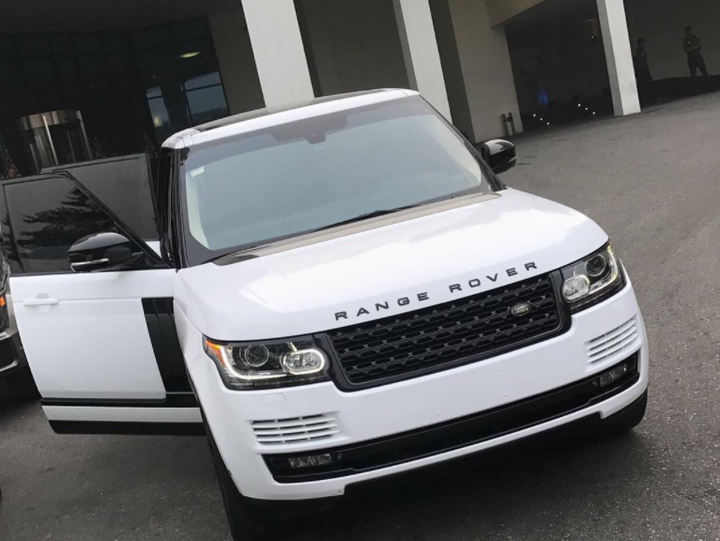 The Range Rover Autobiography LWB is another vehicle in the singer's garage.

Davido added this car to his collection in 2016, and it was valued at N98 million at the time. The car's characteristics include eight trim levels and ten variants, 510 horsepower from a 5.0 Liter V8 engine, four doors and five seats, and an SUV body style. 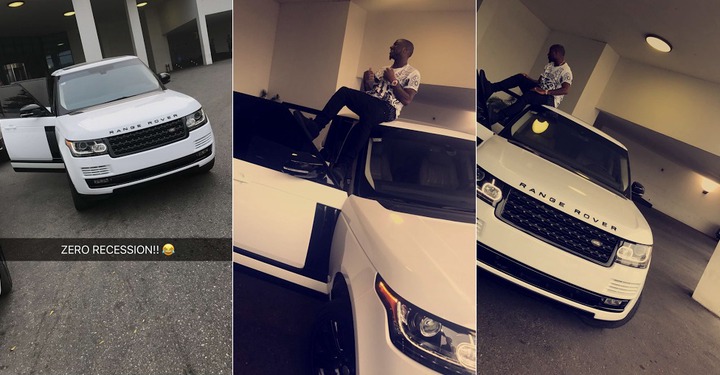 Around the same time as he purchased the Range Rover Autobiography LWB, the singer added a Range Rover Sport 2017 model. It is said that the car will set you back N80 million. It is a high-end SUV with five model levels with seating for more than six passengers. It's powered by a 3.0 L V6 engine that produces 340 horsepower and 332 pound-feet of torque. 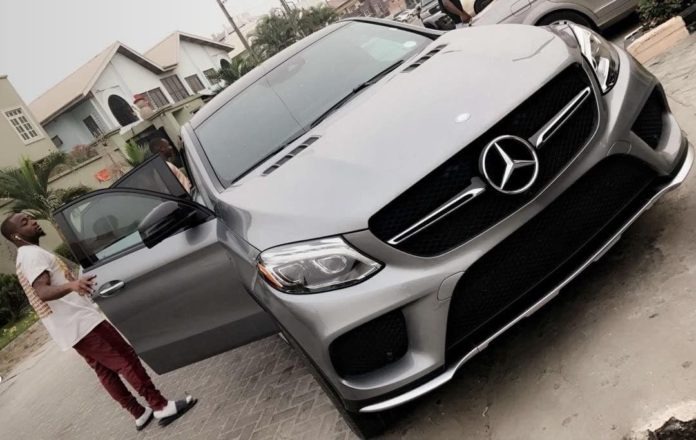 A few months after adding the Range Rover Autobiography LWB and Range Rover Sport 2017 to his collection, the singer gave himself another automobile, this time a 2016 Mercedes-Benz GLE class 450, which was reputedly worth at least $33,425 at the time, and as much as $50,000.

The model is equipped with a 3.0 liter Biturbo V6 engine that produces 362 horsepower. For the singer, getting this sport luxury car was a dream come true. In 2017, he added the N35 million automobile to his fleet. It is turbocharged and produces 641 horsepower and 450 lb-ft of torque. 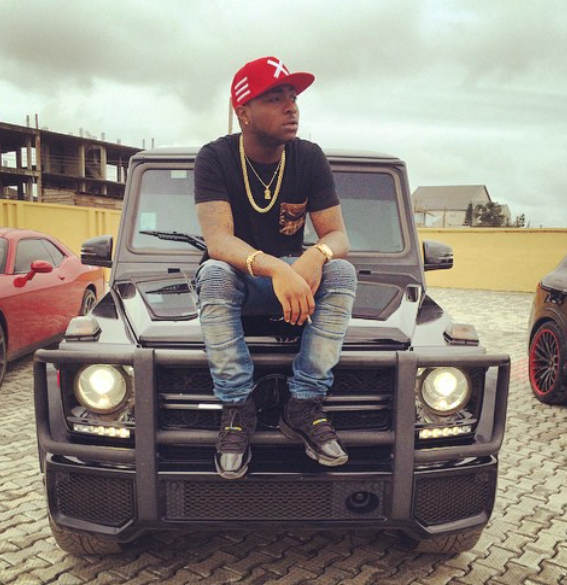 On December 31, 2013, Davido added this car to his fleet. The vehicle is a mid-size SUV with a powerful V8 engine and impressive off-road ability. The luxurious vehicle is valued at N30 million.

In 2019, the musician added a Lamborghini Urus to his collection, valued at $200,000 (about N72 million on the street). The automobile features a V8 bi-turbo engine with a maximum power output of 478 kW / 650 HP, according to the manufacturers, giving it the best weight-to-power ratio on the SUV market.

Other cars Found in His Garage Include:

His Real Estate Investments Is Running Into Billions Of Naira

Davido is as enamored with houses as he is with automobiles, as seen by the multi-million naira mansions he has acquired in posh settings both inside and outside the country.

His Latest Crib Is Located On Banana Island

It's no secret how costly properties on Banana Island Lagos can be; to purchase even a flat here, you'd have to be wealthy, and to own a mansion, well, your guess is as good as mine. In 2020, the singer paid $1.5 million for one of the island's most opulent buildings, equivalent to around 561,000,000 naira at the time.

Sujimoto Constructions, one of Africa's leading luxury real estate firms, designed the mansion, so you can be sure it's nothing short of lavish. An automated gate, 24-hour CCTV, and a five-foot-tall swimming pool are among the house's amenities. In a series of videos released on Instagram in May 2020, the musician gave his friends a tour of his new home..

The musician also has a N140 million mansion in Lagos State's Lekki neighborhood. According to reports, the residence is close to that of music producer Don Jazzy. Aside from the basement, the mansion contains two storeys, a Jacuzzi, a swimming pool, and a well-equipped gym.

His Atlanta Georgia Mansio Million Is A Sight To Behold

Davido also has a home in Atlanta, Georgia, United States. He spent $20 million on it. The singer's crib is the oldest of the three. According to photos and videos of the house, it is a lovely brick home with plenty of vegetation, a pond with a fountain, recreational areas, and a parking lot.

Other Ways Davido Spends His Money

Aside from spending his money on cars and houses, the singer also spends lavishly on

OBO spends a significant portion of his hard-earned money on vacationing in attractive locales. He took a break from his #30BillionConcert in 2018 to spend time with his girlfriend Chioma Avril on vacation, and guess where they went? Barbados. The pair was seen vacationing together in Mauritius the following year. His other vacation destinations include Dubai and, most recently, Sint Maarten, where he was seen holding hands with Instagram model Mya Yafai from the United States. Since the video went viral, many have voiced concern about his relationship with Chioma, who is still rumored to be engaged.

It was all over the news in 2017 when the artist spent over £5,000 in a London nightclub after performing at the One Africa Music Fest. Davido used Snapchat to display the receipt for the money he paid at the club. That was more than $2 million at the time, and for someone with a net worth of almost $30 billion, that was chump change.

Davido is so generous with his money that he doesn't mind lavishing it on his close friends and family. He gave Chioma a Porsche automobile worth $45 million as a birthday present in April 2018. He said in 2019 that he once spent N16.5 million in Dubai shopping for Chioma.

In March 2019, the singer said that he was selecting whips to reward his team, and in September, he awarded his personal assistant/close buddy Lati with a new red Mercedes-Benz worth N70 million. The singer's generosity extends not only to his friends and family, but also to his domestic staff. He once disclosed that, thanks to him, his gateman owns three cars and two houses.

There is little doubt that Davido, Nigeria's richest artist, enjoys spending large sums of money on high-end items, but since he has worked hard for his money, he is free to spend it whatever he wishes.

Content created and supplied by: Kings_tv (via Opera News )