Could this be reincarnation? Checkout these 4 celebs and their lookalike with people from old

By Favourbest388 (self media writer) | 2 years ago

reincarnation is one the most complicated theories in the human race, the theory can also be referred to as time travel theory, it says that when a human soul leaves a person he/she can be reborn after death. Most times the physical and behavioral features may remain consistent most especially the face, height, complexion etc. Many people think some celebrities have reincarnated from their past lives Due to their strange lookalikes. Today we will take a look at these top 4 celebrities and their strange reincarnation theories.

Bruce Willis is a very popular Hollywood actor who acts mostly as a Military personnel also he also acts war movies. His lookalike (Douglas MacArthur) was also a military man who fought in World War II and many have taught that Bruce Willis got his modern genes from his reincarnated doppelganger. Many people have believed that Their strange resemblance may be as a result of reincarnation.

Check out the picture and see the striking resemblance: 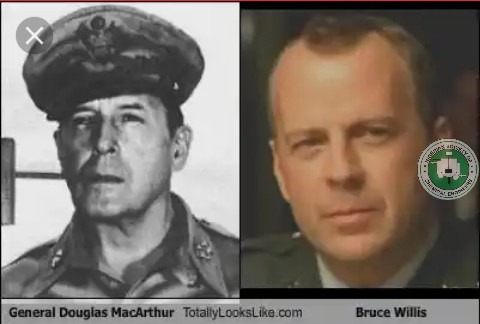 The Billionaire business man and founder of Facebook, Mark Zuckerberg is one who most young people look up to because of his success story, At the age of 34 Mark have been seen to have achieved quite alot. He has made an unbelievable net worth of $77.6 billion. But the baby-faced billionaire is also seen to have exhibited time travel theory. Mark’s doppelganger was King Philip IV of Spain in the 15th century. Philip IV was the king of Spain and Portugal during the decline of Spain as a great world power in the 1600s.

See their picture below: 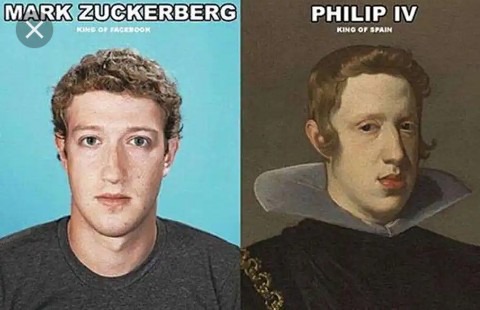 This strong resemblance have an endless debate behind Reincarnation theory. Many fans have been made to question Ozil’s immortality for his likeness to the legendary Enzo Ferrari. It won't be out of place if one claims Ozil is the reincarnation of Enzo Ferrari. The Italian motor racing driver, born in 1898, died on 14 August 1988. The reincarnation happened on 15 October 1988 as Ozil was born in Germany.

Check out their unbelievable resemblance. 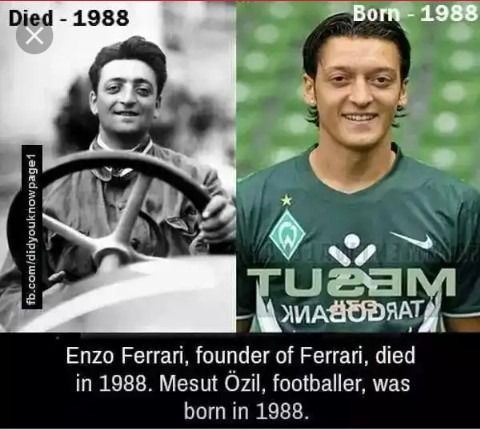 The award winning and talented Leonardo DiCaprio is a very popular American actor and film producer who was born in 1974. He was one of the lead actors in the popular 1997 movie, Titanic and have also acted and produced many hit movies. The surprising thing is that DiCaprio is said to have lived in the past as a girl named Judy Zipper. They found a photo from a 1960s yearbook which proves it all. Their resemblance caught the attention of many. Their trait and even the style of haircut have seen and make people wonder.

Check out the photo below and see what am saying 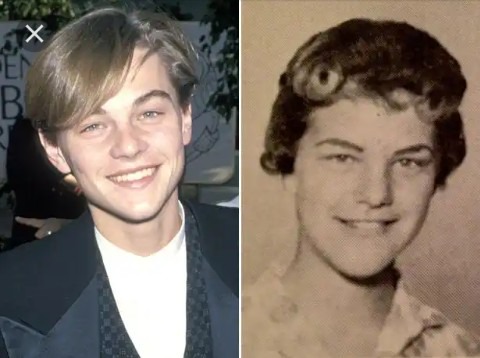 Content created and supplied by: Favourbest388 (via Opera News )