Biography, Age And Net Worth Of American Actress, Jami Gertz 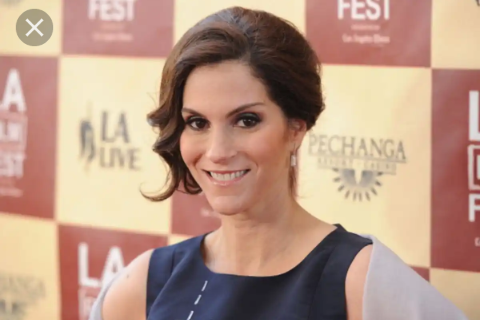 Jami Gertz is an American actress and investor, known for her early roles in the films such as " Crossroads, " " The Lost Boys, " "Less Than Zero," and " Quicksilver." She was born on the 28th of October, 1965, in Chicago, Illinois, and lived in the city’s nearby suburb of Glenview. Her parents are Sharyn and Walter Gertz, who was a builder and contractor and has two brothers, Michael and Scott. She was raised in Conservative Judaism and graduated from Maine East High School. She made her film debut in the film ‘Endless Love’, which was followed by a co-starring role in the 1982–83 TV sitcom series Square Pegs. She also gained more significant attention with a starring role in 1987’s ‘Less Than Zero’ as the friend of a doomed drug addict played by Robert Down Jr. She also starred in the 1987 film " The Lost Boys As Star, " the " half-vampire " girlfriend, with Kiefer Sutherland and Jason Patric. She took up a recurring role on the Fox hit ‘Ally McBeal’ as Kimmy Bishop, John Cage’s love interest. She was nominated for an Emmy for Outstanding Guest Actress in a Comedy Series. She returned to this role in one more episode as a guest star in the show’s final season in 2002. She earned a producer's credit on the Academy Award-nominated film " A Better Life " which was put in limited release throughout the month of June and early July before arriving on DVD in October. She starred in the ABC sitcom " The Neighbors " where she played the mother of a human family that moves into a neighborhood populated by residents from another planet. Jami Gertz is currently 54-years-old and one of the richest actors in the world. She has a net worth estimated to be $2 billion dollars.

What do you think about this American Actress? Feel free to drop ur comments.