By DFMedia (self media writer) | 1 year ago 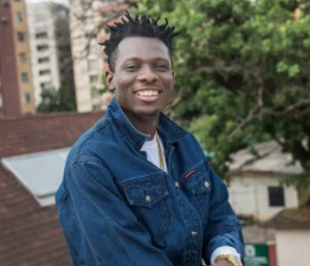 A Nigerian singer, Terry Alexandar Ejeh, who is better known by his stage name Terry Apala, has revealed to CityBuzz, what he describe 'the most unforgettable experience."

Terry is popular for his fusion of Apala and hip-hop music, which he described as Apala Hip-hop.

The Lock Up singer while speaking in an interview, said, the betrayals of his old friends, when he leas expected has been his unforgettable experience.

In his words, “The most unforgettable experience I have ever had was when I trusted my old friends. I never believed they could betray me."

I Am Not A Yoruba Boy Says Terry Apala - Video

According to the Delta state born artist, the memories of what his friends did to him years back, still hurt him till date. He said, "Till this moment, I am still not happy about it.”

Terry who revealed to CityBuzz recently that he is not a Yoruba man as it is popularly believed because of his genre of music, also faulted artists who turned their fans to bed mates. In his words, “I find it weird looking at how female fans move from becoming fans to bed mates."

Ejeh said, he has taken a lot of lessons from such events, and has also learnt not to allow that happened to him, because his female fans are precious.

"I have learnt to never allow that happen. I only pamper them. My female fans are precious to me,” Terry asserted.