By Demiladespotless (self media writer) | 2 years ago

The Sunnah indicates that the one who wants to offer a sacrifice must stop cutting his hair and nails and removing anything from his skin, from the beginning of the ten days until after he has offered his sacrifice, because the Prophet (peace and blessings of Allaah be upon him) said: "When you see the new moon of Dhu’l-Hijjah, if any one of you wants to offer a sacrifice, then he should stop cutting his hair and nails until he has offered his sacrifice." According to another report he said: "He should not remove (literally, touch) anything from his hair or skin." (reported by Muslim with four isnaads, 13/146) 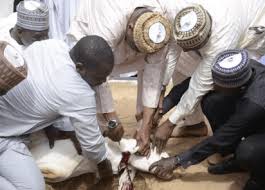 The Prophet’s instruction here makes one thing obligatory and his prohibition makes another haraam, according to the soundest opinion, because these commands and prohibitions are unconditional and unavoidable. However, if a person does any of these things deliberately, he must seek Allaah’s forgiveness but is not required to offer (an extra) sacrifice in expiation; his sacrifice will be acceptable. Whoever needs to remove some hair, nails, etc. because it is harming him, such as having a broken nail or a wound in a site where there is hair, should do so, and there is nothing wrong with that. The state of ihraam is so important that it is permitted to cut one’s hair if leaving it will cause harm. There is nothing wrong with men or women washing their heads during the first ten days of Dhu’l-Hijjah, because the Prophet (peace and blessings of Allaah be upon him) only forbade cutting the hair, not washing it.

The wisdom behind this prohibition of the one who wants to offer a sacrifice from cutting his hair etc., is so that he may resemble those in ihraam in some aspects of the rituals performed, and so that he may draw closer to Allaah by offering the sacrifice. So he leaves his hair and nails alone until the time when he has offered his sacrifice, in the hope that Allaah will save him in his entirety from the Fire. And Allaah knows best. 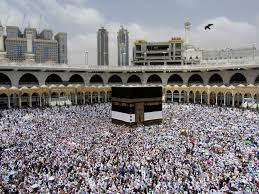 Some women may delegate their brothers or sons to make the sacrifice on their behalf, then cut their hair during these ten days. This is not correct, because the ruling applies to the one who is offering the sacrifice, whether or not he (or she) delegates someone else to carry out the actual deed. The prohibition does not apply to the person delegated, only to the person who is making the sacrifice, as is indicated in the hadeeth. The person who is sacrificing on behalf of someone else, for whatever reason, does not have to adhere to this prohibition.

This prohibition appears to apply only to the one who is offering the sacrifice, not to his wife and children, unless any of them is offering a sacrifice in his or her own right, because the Prophet (peace and blessings of Allaah be upon him) used to sacrifice "on behalf of the family of Muhammad," but there are no reports that say he forbade them to cut their hair or nails at that time. 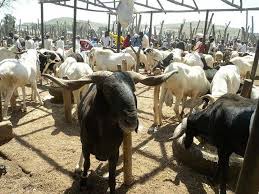 Content created and supplied by: Demiladespotless (via Opera News )