By Zacheking (self media writer) | 1 year ago 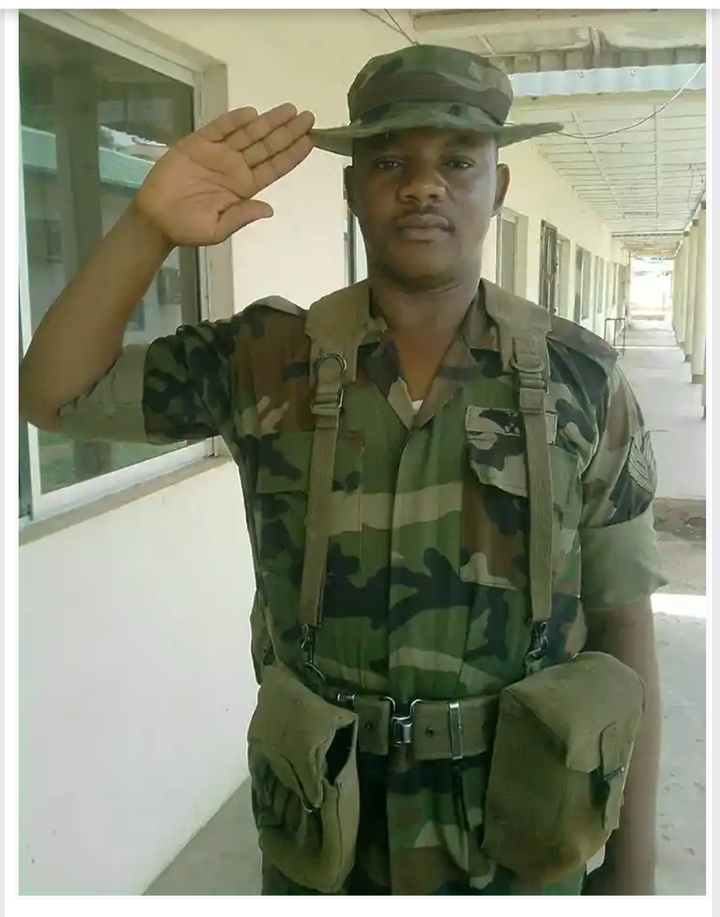 Suleiman Sukus, who is known within the Hausa entertainment industry for his military-themed music, has debunked recent rumours that he plans to return to the Nigerian Army.

He said he intends to remain in music.

Sukus spoke to PREMIUM TIMES in Abuja where he attended and performed at the wedding dinner party of the daughter of Governor of Kogi State, Idris Wada.

“Although I was once in the military, I did not stay very long there. When I had some kind of misunderstanding with the military at that time, I was relieved of my work and I decided to do one other thing I know best and that was singing,” he said.

Sukus said he learnt how to sing and play the keyboard in Kano after he left the army. He recorded a military-themed song, Morale, which became popular for use during most military training and at ceremonies.

“I sang the song Morale because of the passion I have for the military. And since I was once there it wasn’t difficult for me to get everything right in the song.

“That song in particular made people who know me start thinking that I might return to the military again. I do receive many calls and even on the street while driving people stop me and ask me such questions,” he said.

Sukus insisted that he was happy with singing and has no plans to return to the army.

His third album, a six-tracker tiled Kick Starter, is scheduled to drop in February.

“My newest album, Kick Starter, is coming out in February and it is a good one. It took about a year to complete. Why it took so long was because I was working simultaneously on the video and audio,” he said.

Sukus promised to do better to bring his fans good music.

Content created and supplied by: Zacheking (via Opera News )

OFFICIAL: Premier League Side Sack Manager After A Poor Run Of Games.

Kylian Mbappe: From Idolising C Ronaldo As A Kid To Enjoying Playing With Messi, His Greatest Rival

Check Out How Laycon, Erica, and Vee Had Fitted Into The Nigerian Entertainment Industry After BBN