Which Marvel Actor Has The Biggest Paycheck?

Marvel Comics has created a whole new world where people can’t seem to get enough. It’s a universe where anyone can become a superhero, even the ordinary ones. With the recent release of The Avengers: Infinity War, it seems impossible to redirect our attention to other things. Cinemas have been swarmed, tickets are sold out, and (responsible) people are trying not to give out spoilers.

The movie is one of the most ambitious crossovers of different characters that existed in the Marvel Cinematic Universe. They all joined forces to defeat one enemy, Thanos. Because of this crossover, people have noticed that most, if not all the actors in the movie are already bankable and successful. With that in mind, the question of who is the highest paid Marvel superhero came to our collective minds, and we have the answer to that. 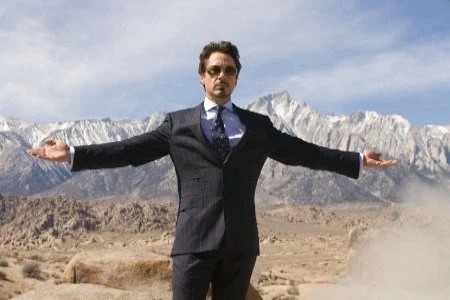 Not only is Mr. Tony Stark the richest fictional character but the man behind him is also one. It’s not a coincidence that Robert Downey Jr. got the top spot as the most paid Marvel superhero since we all know that the cinematic universe kicked off with Iron Man. Ten years ago, Robert Downey Jr. was cast for the role of Tony Stark. This makes him sort of the godfather of the cinematic universe. Downey was also considered to have helped shape the movies by suggesting which actors fit into certain roles. During his first Iron Man movie, Downey received a $40 million salary. Fast forward to 18 movies later, Downey plays Iron Man once more in the Avengers: Infinity War. And without a doubt, he is the highest grossing actor who is also believed to receive $200 million (including his remuneration for Avengers 4).

THE OTHER HEROES’ PAYCHECKS

While it is a considerable win for Downey to have the fattest paycheck among the celebrities, it’s interesting to look at his co-stars’ salaries as well.

Fans love Scarlett Johansson’s portrayal of Agent Romanoff/Black Widow throughout the series of Avengers movies. The actress, who first appeared in Tales of Suspense #52, receives the second highest salary in the cast of members. Her performances usually involved fight scenes and this required a lot of effort in keeping in shape for the role. Scarlett Johansson’s salary falls behind Downey’s, receiving $20 million for her efforts. Despite the big salary gap between Downey and Johansson, the actress remains to be the highest paid female actress in the Marvel Cinematic Universe. Rumor has it that the 19th Marvel Studios movie will be Chris Evans’ last appearance as Captain America. Let’s not get ahead of ourselves and we just hope this is a false story. But, what we can say with certainty is how much Chris is earning for Avengers: Infinity War and Avengers 4. He set to receive a grand total of $6.9 million for playing Steve Rogers/Captain America.

Although his story wasn’t really detailed in the bigger Marvel movies, Hawkeye is also another superhero to look out for. Jeremy Renner plays the role of Hawkeye in the movie series. The actor is said to receive a salary worth $6.1 for his performances.

The Avengers may not be complete without Thor, son of Odin, god of thunder, and king of Asgard. Chris Hemsworth plays the role of Thor in the Marvel movies. His role in Avengers: Infinity War is said to be important in the turn of events. Fans can also expect more of him in the upcoming movie. Hemsworth is said to have been paid $5.4 million for his role in the hit Avengers movie.

The Hulk was actually played by Edward Norton back in The Incredible Hulk in 2008. For some reasons, Norton never reprised his role. Mark Ruffalo filled the void, having agreed to play the role of the humongous green guy who has some serious anger management issues. After his cameo in Iron Man 3, Ruffalo appeared in The Avengers and since then became the only choice for the role. We can also expect to see Ruffalo in Avengers: Infinity War playing Hulk. For that, the actor is also said to have a salary of $2.8 million. If it weren’t for Nick Fury, the Avengers Initiative might not have come to fruition. Samuel L. Jackson undeniably fits the role of Fury. His performance throughout the movies have been incredible and he has done justice to the character. Some people say that Jackson may have short appearances in Avengers: Infinity War. However, the actor is set to receive a salary between $4-6 million for his performances.