By MasterDoro2 (self media writer) | 4 months ago 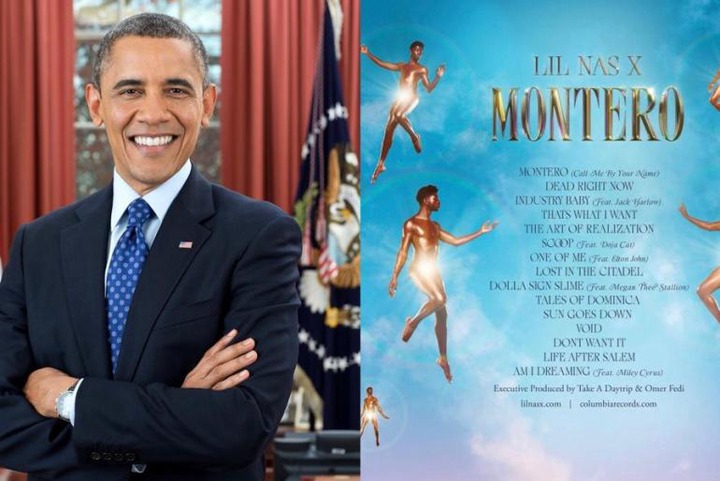 American Rapper, Lil Nas X, has shared that Former President of the US, Barack Obama has named his new album ‘MONTERO‘ as the best album ever. Nas X posted a screenshot of his chat with the first black president of America, showing that he was indeed complimented by him. However, many people have shared that the screenshot is fake because Mr Obama would’ve made it public if he really said that.

‘MONTERO‘ is the rapper’s debut album, which was released on Friday, 17th September 2021. The album has raked in millions of streams after its released. It has been considered by many as one of the boldest albums ever made by a black rapper.

Mainly because Nas X made it a point to voice out his sexuality as loud as he could. He is by far the only gay black rapper who has come out publicly despite heavy backlash from the media, companies and numerous angles.

messages like this is why i keep going 🤍🥲  pic.twitter.com/D82trIHKUw