By Limagist (self media writer) | 1 year ago

Ngozi Ezeonu was born on May 23, 1965, to Mr. and Mrs. D.O. Ikpelue. She is an indigene of Ogbunike in Anambra State, Nigeria. She was a journalist at first. She obtained a Diploma Degree in Journalism and worked as a Journalist. Her first paying job was as a hair-stylist before she did the diploma course in Journalism.

Ngozi Ezeonu only practiced journalism for a short while, before joining Nollywood in 1993. That year she was introduced into Nollywood by Zeb Ejiro, who offered her a role in her debut movie Nneka the Pretty Serpent, where she played a lead supporting role. Ngozi played an outstanding role in the movie which later became a hit. This landed her yet another role in another hit movie Glamour Girls, alongside Liz Benson and Gloria Anozie. Since her Glamour Girlsdebut which shot her into the limelight, she has featured in over 150 movies.

Ngozi Ezeonu has featured in many blockbuster movies including; Dry My Tears, Women of Faith, Shattered Mirror, Jay Boy Obodo Oyibo’, ‘Suicide King’, Ego Mbute, In The Beginning, A Private Storm, About to Wed, Chimobi, Mother of Faith, Love of a Daughter, Child of Pain, Royal Adventure, to mention just a select few.

In 2012, she starred in Adesuwa, a role that earned her a ‘Best Supporting Actress’ nomination at the 8th Africa Movie Academy Award. 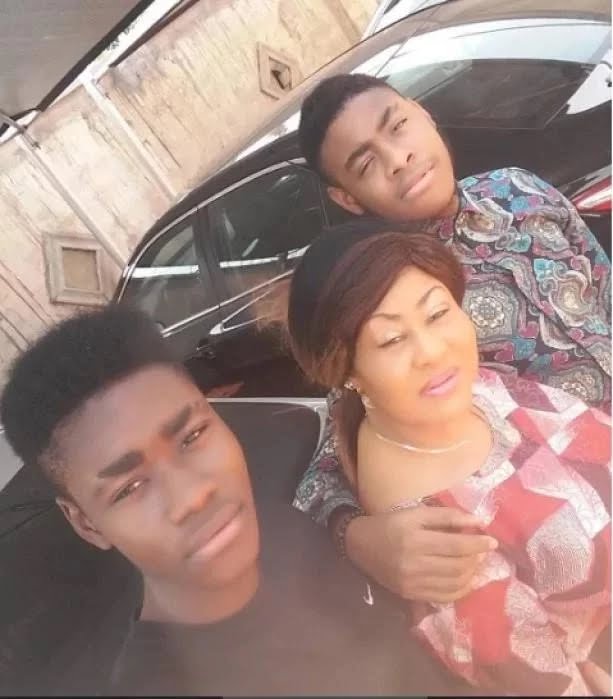 Ngozi Ezeonu has six other siblings, five of who are males. She is married and blessed with four children.

The actress has been married for decades to her husband, Edwin. Unlike the younger celebrities who share photos of their families – husbands and children, Ezeonu is not much a social media addict like most of us.

Though traces of her personal selfie pictures and those of her children have been spotted on media, since her children are grown, she enjoys the freedom a pursuing her career and personal interests.

Content created and supplied by: Limagist (via Opera News )