By Faithy_Media (self meida writer) | 6 months 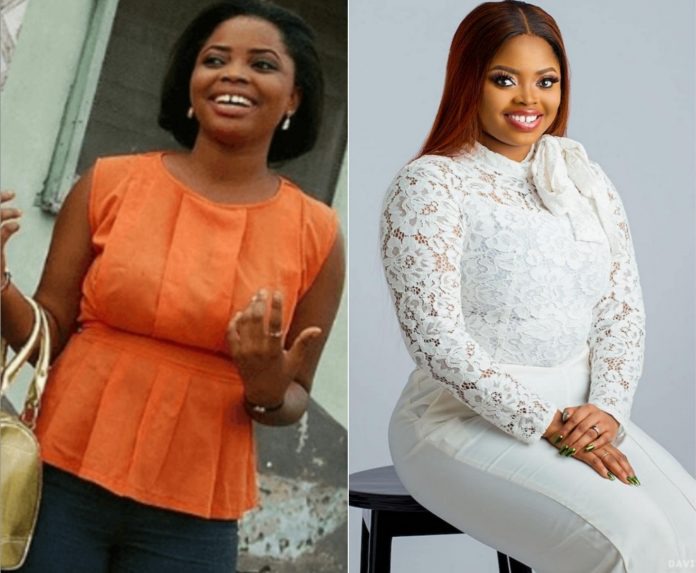 Juliana Olayode, best known as Toyosi, her character name from popular TV series, ‘Jenifas diary‘ who left the show 4 years ago, looks nothing like she did when on the show.

Juliana, was one of the lead characters in the series, acting as a friend to the main character, Jenifa, which was played by Funke Akindele, who was the producer of the show.

But the two, who were close even off set, fell out, which saw Juliana leave the show after 5 seasons.

Four years later after leaving the show, ‘Toyosi’, is a big Aunty now, and doesn’t look the same as the young girl we saw on our screens.

As expected, she has changed, and has now moved from the size 8 girl to 12/14 but, she is still as beautiful as she was when on the show.

Check out how she looks now through the photos below…

The actress, who was a main character in the series — which started showing in 2015, before leaving the show after five seasons, looks way much heavier than she was, when the show was aired.

Her change, seem to have taken many by surprise and has got people questioning what happened, and body shaming her.

Juliana, has therefore taken to social media to address the issue via a video, asking people to leave her alone as, she cannot change how God made her.

She said, people are only judging her by how she looked in the series which was shot years ago, and expect her to be the same. She however added that, her weight gain doesn’t make her any less beautiful.

Ladies, Preparing For Your Next Owanbe? Try Out These Latest And Attractive Ankara Styles