5 before and after photos of celebrities who battled drug addiction

Addiction is very common in society as people become addicted to drugs and alcohol for different reasons. Most of them claim everything from tragic childhoods and unhealthy relationships while some is as a result of bad habits. Whatever may be the reason, addiction is a respecter of nobody when it comes to victims as even the world's greatest stars and biggest celebrities have been affected.

On this list, we have uncovered celebrities whose addictions created a slippery slide from the highest point of their careers down to a dark path filled with drugs and alcohol. Without much ado, take a look at the 5 photos of celebs before and after drugs. Born Stacy Ann Ferguson, Fergie was an important member of the talented music group, The Black Eyed Peas. She first achieved chart success as part of the hip hop group with hit songs like "I Gotta Feeling" and "Meet Me Halfway" which took the music industry by storm.

Before joining the Black Eyed Peas, Fergie was a member of an all-girl band known as Wild Orchid which she joined in 1992. She spent a decade with the band and later left the group in 2002.

In a 2006 interview with Time Magazine, the singer admitted that her time with Wild Orchid led to her crystal meth addiction. Noting that it crossed over into her early years with The Black Eyed Peas. She has since gotten clean but maintained that "It was the hardest boyfriend she ever had to break up with." According to her, she said much of the addiction had to do with being a child actor and learning to suppress her feelings at a young age. 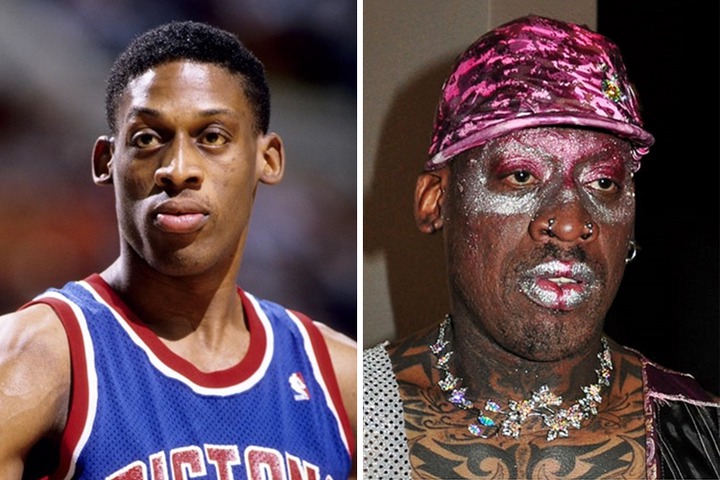 Dennis Rodman made a name for himself as one of the best forwards in NBA history. He played for teams like the Pistons, Spurs, Mavericks, and Lakers where his defensive abilities led him to five NBA Championships, seven ALL-Defensive First Team honors, and two NBA Defensive Player of the Year Awards.

Following his retirement from basketball in 2006, Rodman's drug and alcohol addiction was publicized after he was taken to rehab in 2008.

His problems worsened a year later as it even escalated further on national TV when his family and friends staged an intervention as he filmed Celebrity Apprentice. He entered Rehab once again in January 2014 after a highly publicized trip to North Korea during which his agent revealed that he had been on massive alcohol intake more than ever before. 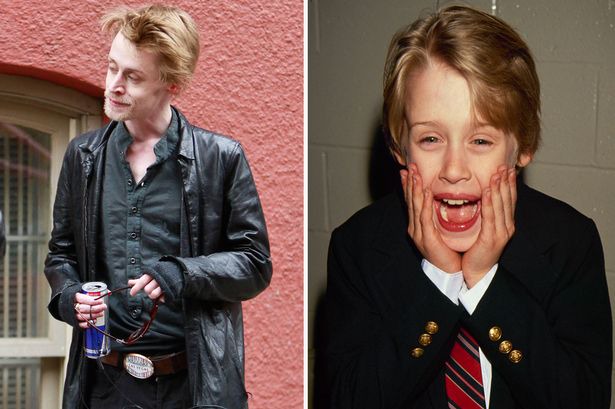 Macaulay Culkin became popular as a child after featuring in the 1989 film, Uncle Buck. He was only nine years old at the time. The movie was a breakthrough as he became the go-to child actor of the 1990s and was cast in hits like My Girl, The Good Son, Richie Rich, not leaving out fans favorites like, Home Alone 1 and 2: Lost in New York.

Culkin's childhood appeal went down the drain by 2004 as the then 24-year old star had gone years without landing a major role in a hit movie. He later made headlines the same year but only to the detriment of his stardom and career. Culkin was arrested by Oklahoma City Police in possession of marijuana, Alprazolam, and Clonazepam and was charged with misdemeanors. He plead guilty and received three-one year suspended prison sentences and over $6,000 in fines. 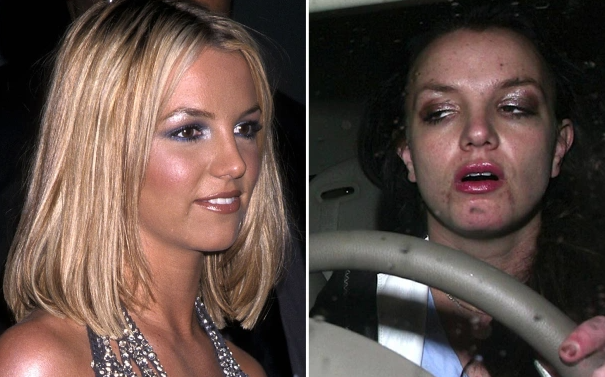 Britney, one of the biggest music icons on the list joined the rank of child stars following the launch of her career at just 8 years old alongside Justine Timberlake, Christina Aguilera, and Ryan Gosling on The Mickey Mouse Club.

At 18, she had already released her debut hit album which she followed up with more afterward. Britney's music career came to an abrupt halt in 2007 after she entered a drug rehab clinic weeks after she lost her aunt to cancer. She spent less than a day in the center and had one of the most famous tabloid shots in media history when she walked into a salon and shaved her hair. Spears returned to rehab and has struggled to establish herself once again as a star. Winehouse became the first British female to win five Grammy Awards, all thanks to hits like "Balck to Black" "Rehab" and "You Know I'm No Good". The interesting fact is that she did all these before the age of 25.

In 2005, she turned heads, and not just for her voice this time, Winehouse arrived in red carpet events looking very much thin and exhausted. This got many fans worried.

Things worsened in 2006 when Winehouse's grandmother passed away. A year after, she canceled the majority of her tour dates in the UK and Europe and was later admitted to a hospital. It was revealed that she overdosed on a combination of heroin, cocaine, and alcohol. Admitting issues with self-harm and depression, the 2007 wake-up call went unnoticed as Winehouse was found dead just four years later on July 23, 2011, from alcohol poisoning.