Dawn of the Planet of the Apes: behind the scenes pictures of the movie

Dawn of the Planet of the Apes is a 2014 American science fiction action film directed by Matt Reeves and written by Mark Bomback, Rick Jaffa and Amanda Silver. It stars Andy Serkis, Jason Clarke, Gary Oldman, Keri Russell, Toby Kebbell, and Kodi Smit-McPhee. It is the sequel to the 2011 film Rise of the Planet of the Apes, which began 20th Century Fox's reboot of the Planet of the Apes series. Dawn is set 10 years after the events of Rise, and follows a group of people in San Francisco who struggle to stay alive in the aftermath of a plague that wiped out most of humanity, while Caesar tries to maintain dominance over his community of intelligent apes.

Dawn of the Planet of the Apes was released in the United States on July 11, 2014 and was met with highly positive reviews, with critics praising its visual effects, story, direction, acting, musical score, action sequences and emotional depth. It was also a box office success, grossing over $710 million worldwide against a $170 million budget, making it the eighth-highest-grossing film of 2014 and the highest-grossing film in the series. The film received an Academy Award nomination for Best Visual Effects. It was also nominated for eight Saturn Awards, including Best Science Fiction Film, Best Director for Reeves, and Best Supporting Actor for Serkis.

Ten years after the global pandemic of a deadly Simian Flu, the worldwide human population has been drastically reduced, with only about one in 500 genetically immune. Civilization is destroyed from the result of societal collapse. The apes, under the chimpanzee Caesar, all bestowed with genetically enhanced intelligence by the virus, have long-established a colony in the Muir Woods near San Francisco. 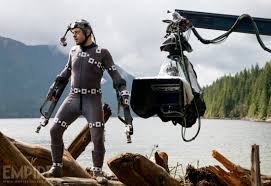 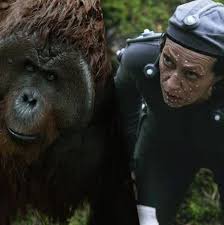