Most of our famous artists have achieved a lot in the music industry and they have been honored with several Grammy Awards and nominations.

In this article, I will be sharing with you the 4 musicians with the highest Grammy nominations. 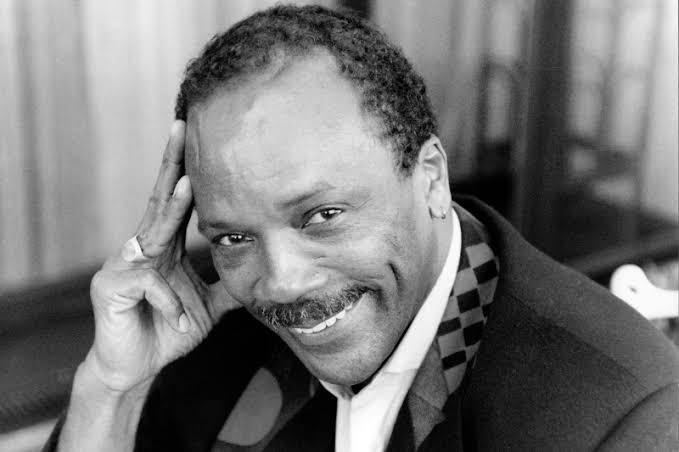 Quincy is a legend in the American entertainment industry. The 88 years old music star is a songwriter, record producer, movie producer, and media personality. Quincy worked with lots of famous musicians including Michael Jackson.

He has won numerous music and non-music awards, He has 80 Grammy Award nominations to his records and has won 28 Grammys, and a Grammy Legend Award. 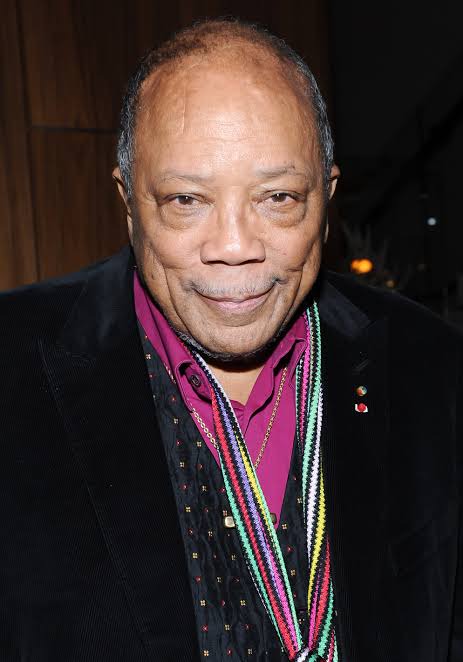 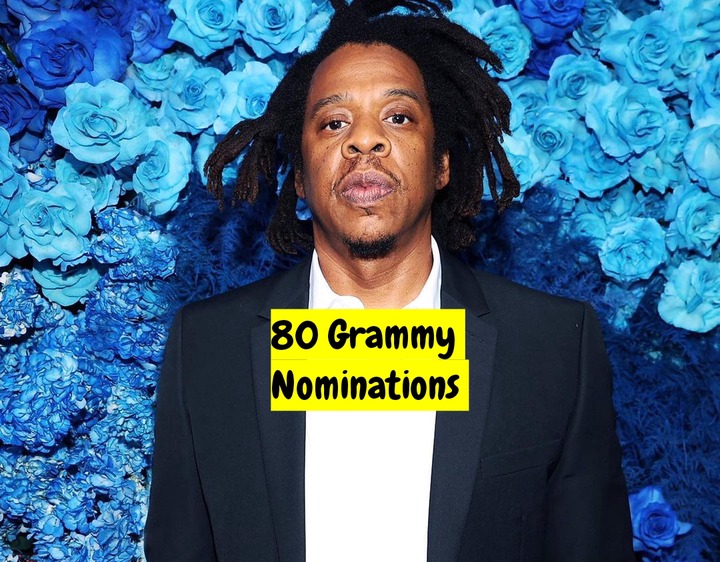 Quincy is not the only music star with the highest Grammy nominations. Shawn Corey Carter is a professional musician who goes by the stage name Jay-Z.

Jay-Z is an American rapper and songwriter, he has achieved a lot in the entertainment industry and has won numerous awards. He shares the same Grammy nominations with Quincy Jones. 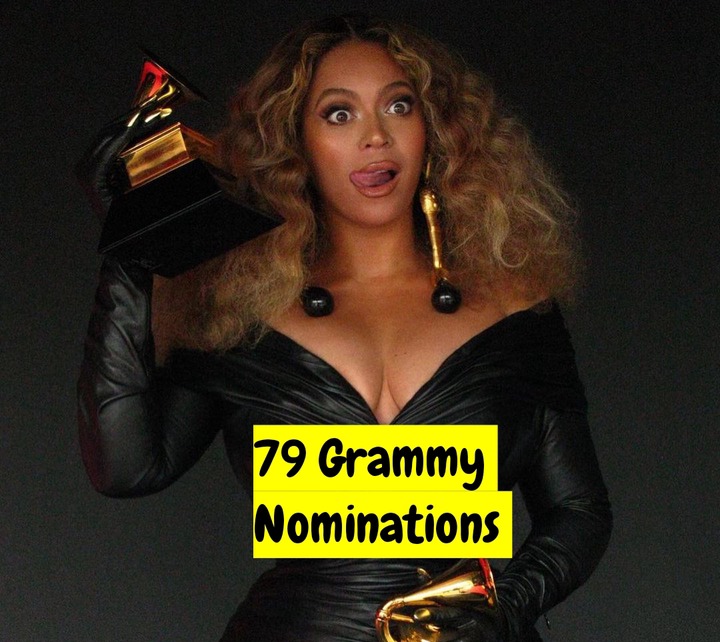 Beyoncé Giselle Knowles-Carter is an American singer and actress who has contributed positively to the American entertainment industry. She is known to be the wife of famous American rapper, Jay-Z and one of the best-selling female music stars in America. 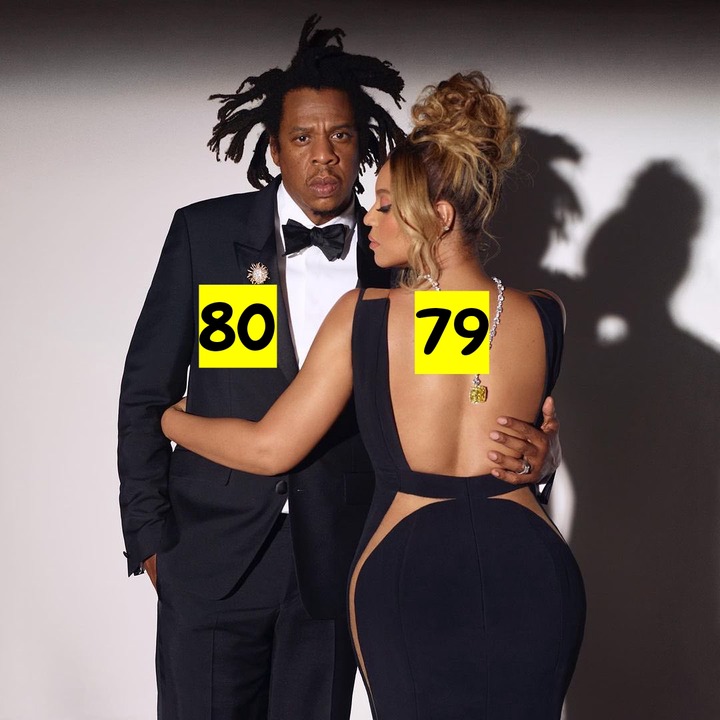 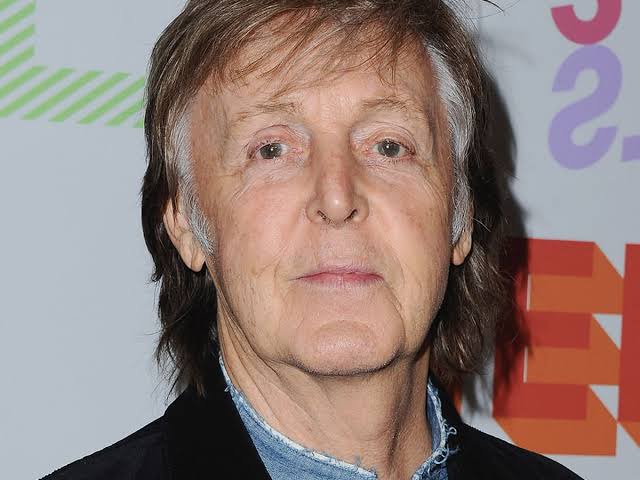 James Paul McCartney is an English singer, songwriter, musician, record and film producer. He gained fame after co-writing songs with the famous songwriter, John Lennon. He shares the Grammy nomination record with Beyonce as he also has 79 nominations to his records. 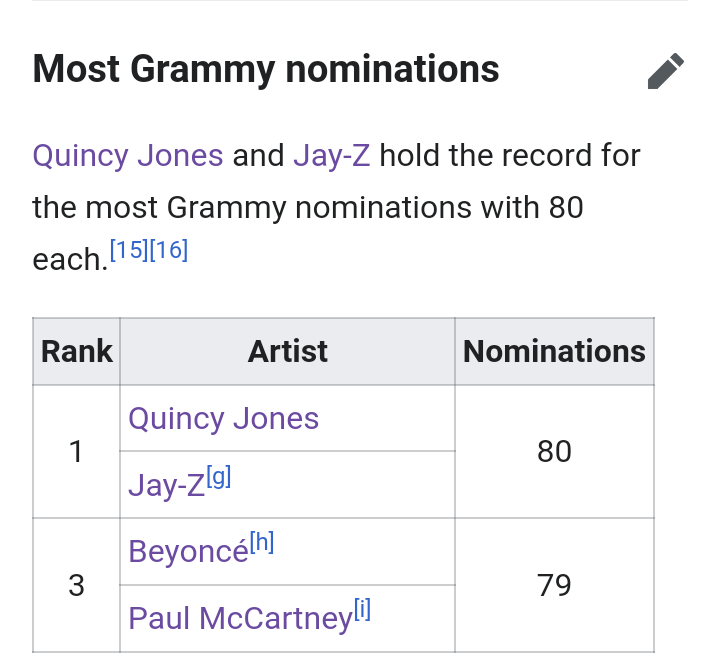 What do you think about these music stars and their achievements in the entertainment industry? Share your thoughts in the comment section.