By Soyiga (self media writer) | 1 year ago 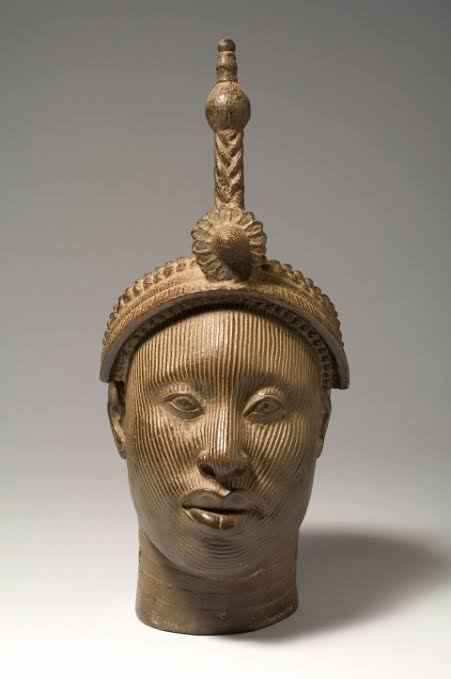 History reveals that Iwa had no issue for many years. In the search for children she left Ile-Ife and landed at Aramoko Ekiti. God assisted the woman and had a male child for Alara. She wanted to go back with the

child but Alara denied her of the right of ownership of the child hence the woman Iwa left Aramoko got to Ijero, being a beautiful woman of tender age was

admired by the Ajero of Ijeo. She then married her and had male child for the Kabiyesi. The woman in her usual manner wanted to return to Ile-Ife with the

child but she was not allowed to do so. Iwa also left Ijero and got to Ila. She married Orangun and also had male child for Orangun of Ila. She also appeals to

As years run by, the three (3) sons grew up and were all made kings of their domains. The information got to Iwa their mother. She prepare gifts for the three

Obas. In the calabash, she puts Iyun, Ileke (Arial beads) and covered the beads with dried pounded yam. She had a view that when her son had receive the food, they

would get the beads “Iyun and Ileke” inside it...

However, when the message got to Orangun of Ila. He was delighted to receive a gift from his mother whom he last seen when he was young. Orangun called all

his chiefs and household together to celebrate the gift of his mother………………….. (IWA) even without knowing what was in the calabash. As he opened the

calabash he saw yesterday’s pounded yam and ordered that every one of his subject should taste it. As he (Orangun) removed the pounded yam (Iyan Ewu) he

met plenty Iyun and Ileke in the calabash. Beautiful gift from his mother. On getting to Ila-Orangun (i.e) Alara and Ajero heard the whole story, they were

astonished and promised to be welcoming visitors into their domain henceforth.

‘Eka’ mentioning all the past Orangun till the present one. So also all the group of chiefs would pay their homage to Orangun in succession Kabiyesi Orangun in

best regalia and Are Crown would dance and entertainment follows after all. Orangun sang a song when Ajero and Alara got to him thus:-

Jokingly, ila people are proud of (Iyan Ewu) yesterday pounded yam and this had become the sayings of the people of Ila indigenes.

“O jewuyan tan O motun demi O so mi deru baba re”, that is you eat yesterday’s pounded yam and put down the fresh one for me, you have turned me to your

father’s servant. Ila people are proud of Iyan Ewu because of the gift which was derive from it.

Content created and supplied by: Soyiga (via Opera News )