By Otunsha (self media writer) | 15 days ago

On the red carpet, celebrities spare no expense, even if it means spending hundreds of thousands of dollars on a single gown!

During red carpet events, most celebrities look forward to walking down the red carpet. Celebrities frequently characterize their red carpet outfits as a reflection of their finest self.

They frequently spend weeks, if not months, prepping for a specific appearance. Celebrities often try to outdo one other when it comes to their red-carpet attire at every red-carpet event. They go so far as to hire stylists and designers to guarantee that their red-carpet outfits are flawless.

Many of these incredible red-carpet ensembles are extremely expensive. The following are ten of the most costly red carpet looks, along with their costs. 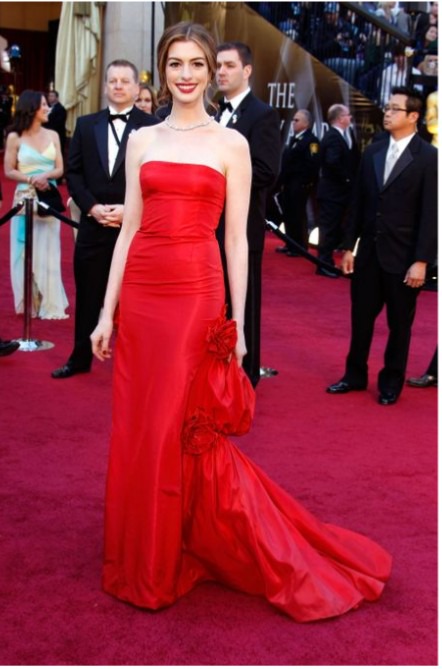 During the Academy Awards in 2011, actress Anna Hathaway graced the red carpet in a pricey red Valentino gown. The gown was part of the designer's fall couture collection in 2002. While she looked stunning in the red gown, many critics believed it lacked the wow factor. It may have cost a lot of money, but the gleaming, crumpled cloth isn't quite right. 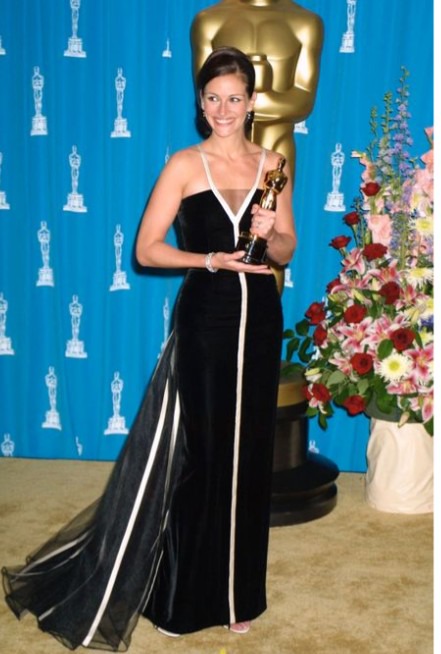 Julia Roberts, the queen of Hollywood and a beautiful woman, is never absent from a list of the most expensive red-carpet gowns. Julia Roberts has been dazzling the red carpets with gorgeous clothes for a long time as a seasoned actor. Her most iconic red-carpet look, though, was a floor-length black and white swan gown she wore to the 73rd Academy Awards in 2001. One of the remarkable elements of the garment was its beautiful white and black lace train. 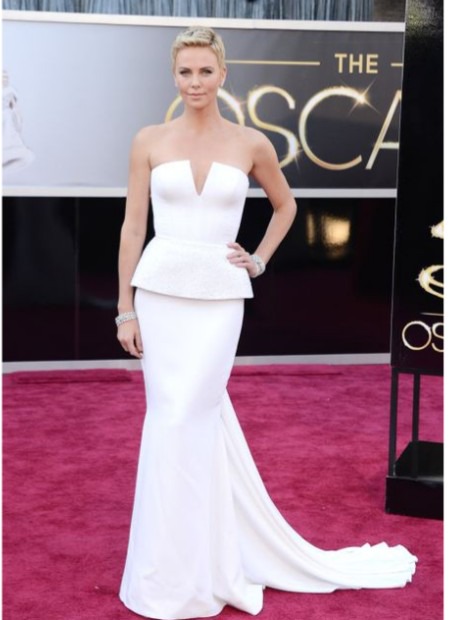 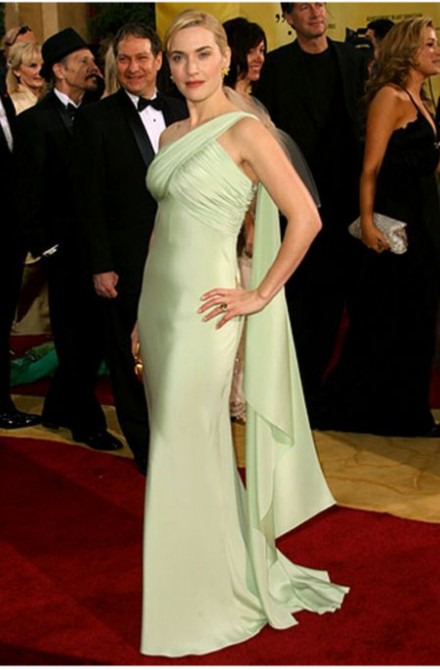 This British actress is known for her exquisite red carpet attire. Her style is primarily traditional, and she never fails to impress, as evidenced by her previous and current red carpet appearances. Kate was nominated for an Academy Award in 2007.

Kate Winslet wore a mint green Valentino gown on the red carpet. She acknowledged that her six-year-old daughter had chosen her dress, and we're impressed that such a young child made such a great choice! 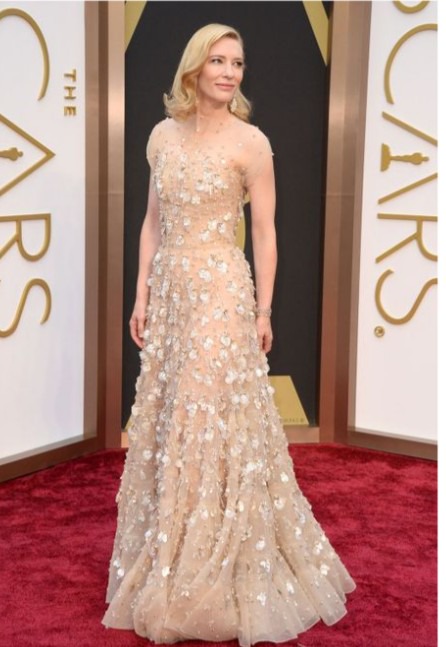 Cate Blanchett is no stranger to splurging on her red carpet ensembles. She was once again dressed by Armani at the Oscars in a blush pink mermaid-like gown in 2014. The gown was distinguished by its beautiful hand-embroidered flower motifs, which were matched with Swarovski crystals for an attractive finish.

Cate Blanchett complemented her clothing with pricey jewels to complete the look, bringing the total cost of her ensemble to $18.1 million dollars. 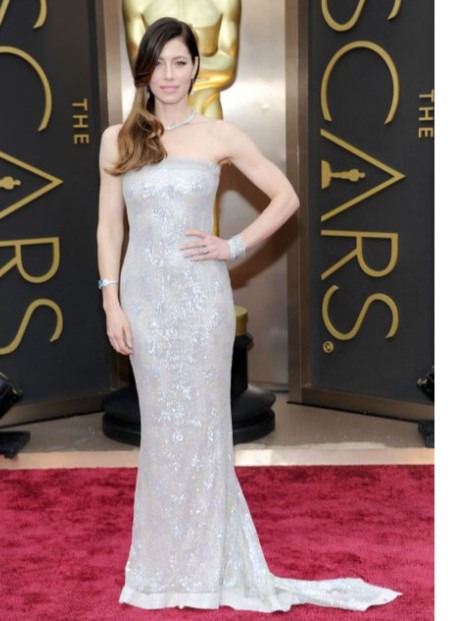 Jessica Biel is known for her penchant for luxury, so it's no surprise that one of her red carpet ensembles cost a whopping $100,000. I am not passing judgment; she has worked hard for that money. Jessica donned a form-fitting silvery beaded Chanel gown to the 2014 Oscars ceremony. The dress's modest train and strapless form were two more features that made it stand out. 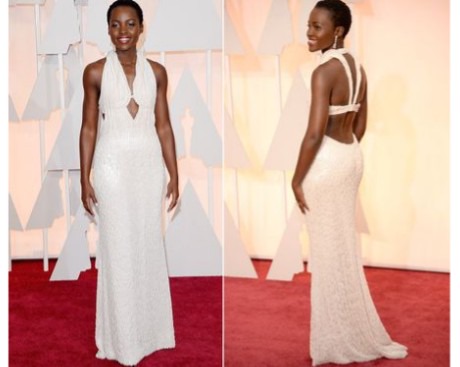 This award-winning actress donned a one-of-a-kind gown at the 2015 Oscars, making it one of the most memorable red-carpet looks. Lupita looked stunning in the gown, which was made up of over 6000 pearls and dominated the show.

In addition to the pearls, the gown had a deep v line that allowed the garment to drape wonderfully. 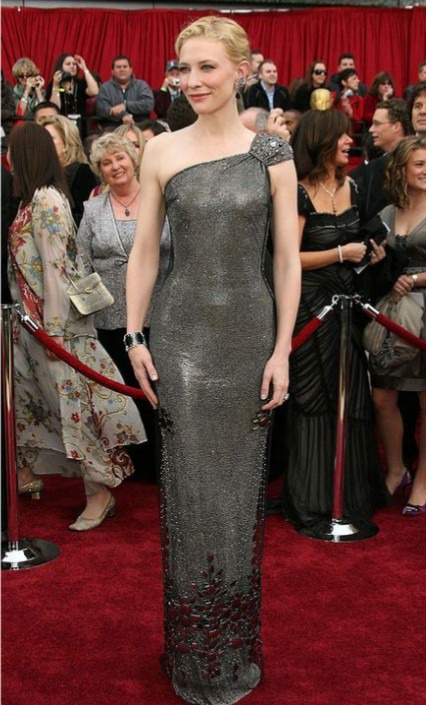 Cate Blanchett wore a body-hugging dark gray gown on the red carpet during the 2007 Academy Awards ceremony. The dress, which was encrusted with Swarovski crystals, was transformed into a red-carpeted gown.

The garment, which was encrusted with Swarovski crystals, became a red-carpet sensation. Due to its refined and exquisite appearance, the dress is considered one of Armani's best couture creations to date. While she didn't win best actress that day, she was one of the best-dressed celebs on the red carpet. 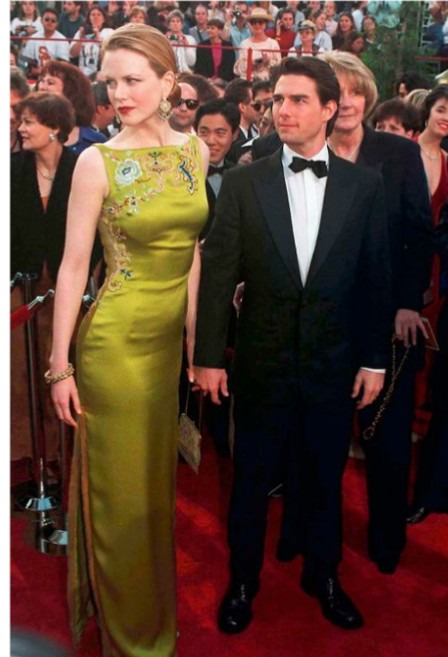 This gown is one of the most expensive red-carpet gowns ever. Nicole Kidman donned the classic gold green Christian Dior gown to the 1997 Oscars ceremony. The dress's elaborate embroidery below the neckline and underarms, as well as its one-of-a-kind hue, made it fascinating to look at.

While it's unclear why the outfit was so pricey, it did look stunning and made her stand out, which is perhaps why it's still famous after twenty-three years. 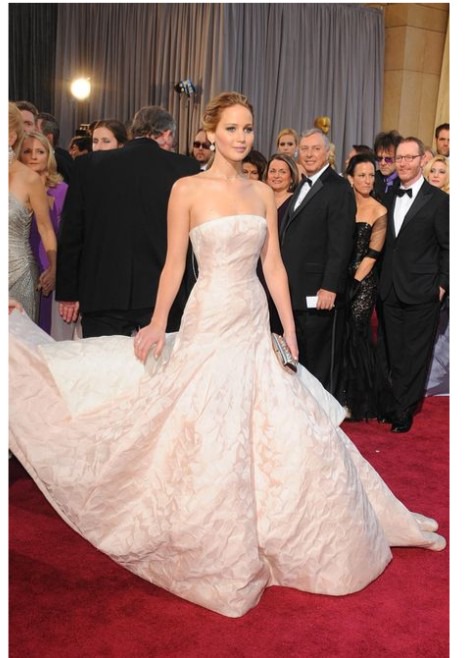 It's no surprise that one of Hollywood's best actresses is wearing one of the most expensive red-carpet gowns. When it comes to red carpet gowns, the Christian Dior fashion company has a reputation for excellence. Jennifer Lawrence graced the red carpet at the 2013 Academy Awards in a blush pink strapless gown with complex motifs composed of silky thick fabric. The train was the dress's most prominent element.The train was the most notable feature of the gown.

The gown served as a lucky charm for her, as she went on to win the best actress award that night.

Content created and supplied by: Otunsha (via Opera News )