By Ijeomablewrites (self media writer) | 17 days ago

Cross is one of the major male housemates in the Big Brother Naija show and His handler shared a video on his Instagram account few hours ago reflecting on his journey so far on the show.

The I stagram handler said; "It all started as a dream and the dream became a reality."

His handler, on the other hand, stated that his adventure began as a fantasy and has now become a reality. In addition, he added that it has been ten weeks since Cross entered the Big Brother house with no strategy or intentions on how to win the game, rather than being himself, since he aspires to be appreciated for it. Furthermore, it was noted that the experience so far has been exactly what he had hoped for. In addition, he said Cross have experienced some good, horrible, and nasty moments in Big Brother house but it seemed to have taught him that the best things in life always comes from the lowest place. Finally, it was discovered that the vector power did not appear to favor him on multiple times, but as God may have it, That same'vector power,' as well as his followers' love and support, has carried him all the way to the end as a finalist. 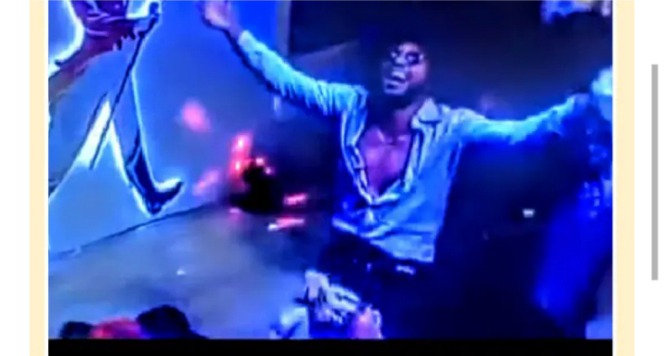 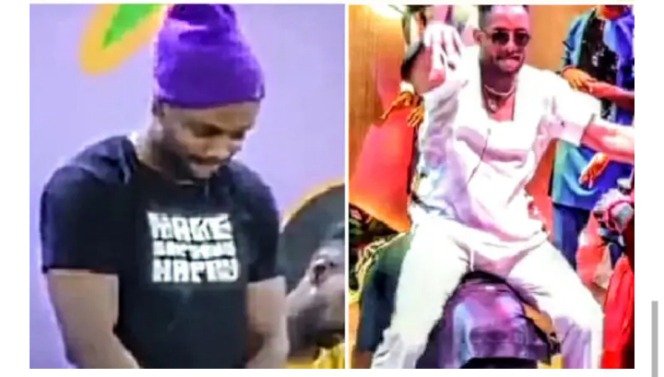 It may interest you to know that Cross has never had the honor of being the house's leader, nor has he ever acquired the vector power that allows him to avoid being nominated for eviction. Today, though, he is among those who have made it to the grand finale with the help of his adoring supporters. 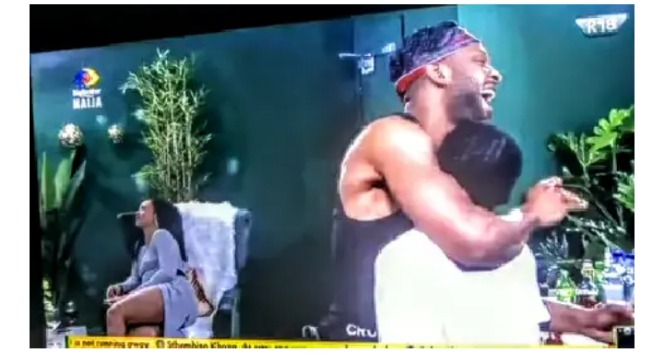 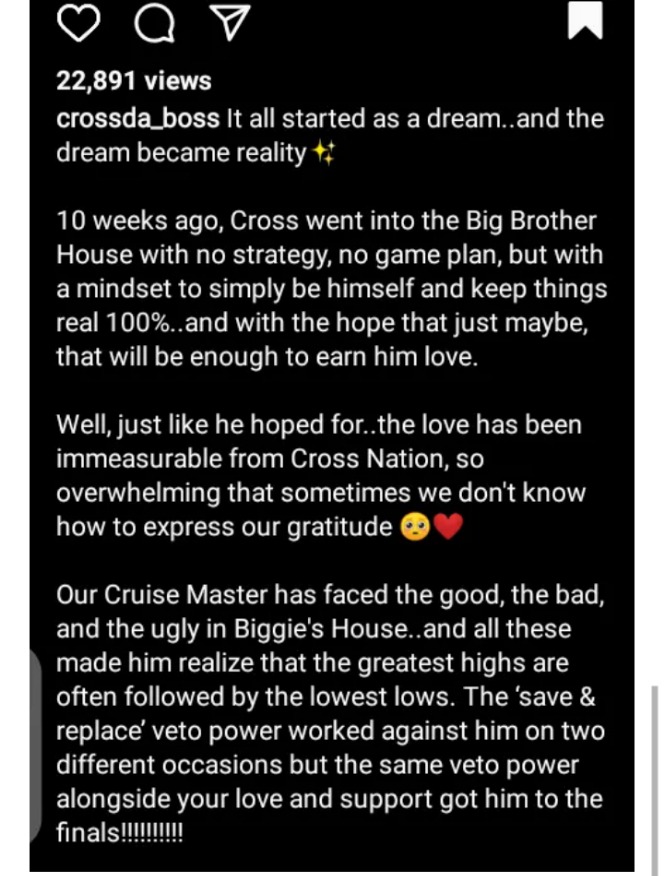 Cross has been so real to me, and that appears to have aided him greatly, so looking on how it all began and where he is now can only be a dream come true. Furthermore, the game provided him with the incredible opportunity to spend quality time with some of the Big Brother Naija housemates like Angel and others, whom he will never forget.