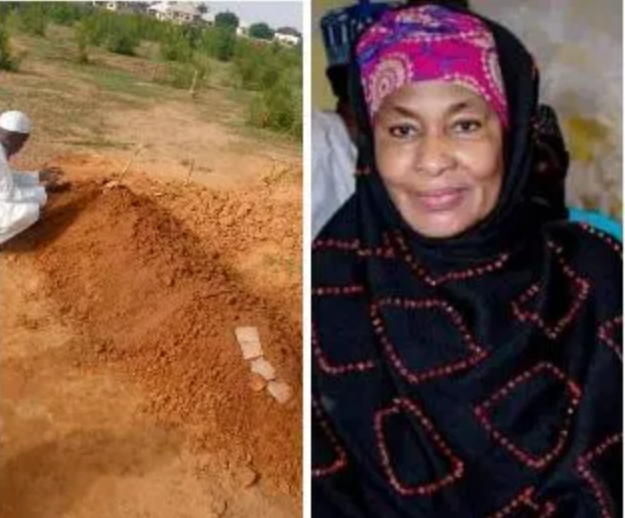 Stakeholders in the Hausa film industry Kannywood today attended the funeral of Hajiya Zainab Musa Booth, who passed away on Thursday, July 1, 2021.

Funeral services for the deceased, popularly known as Mama Zee by filmmakers, were held at her residence on Court Road, Kano, at 8:15 am.

The 63-year-old passed away after a long illness, leaving behind four children including two sons, Waro Shehu, Ahmad (Amude), Sadiya and Maryam Booth.

A large crowd of people, including her relatives and colleagues, escorted her to her grave in the Gyadi-Gyadi cemetery. 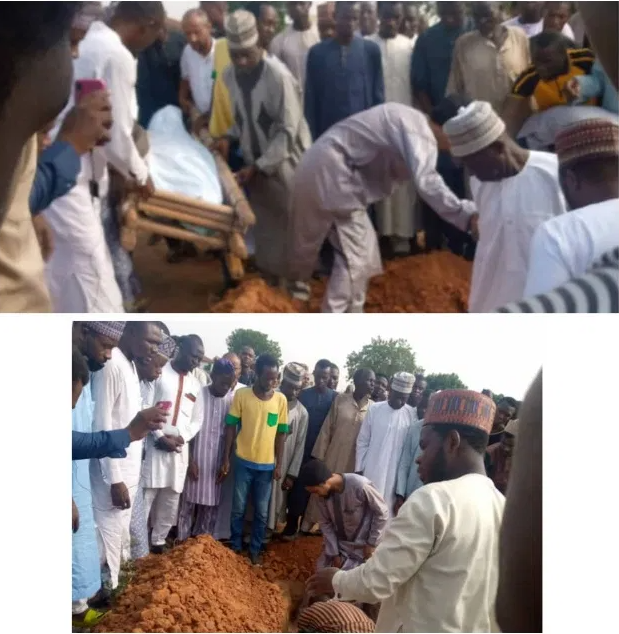 Shortly after the funeral of Zainab Booth was completed, Film magazine heard from some of the Kannywood actresses about this great loss.

The chairman of the Kano State Film Censorship Board, Isma'il Na'abba (Afakallah), described the death as a great loss not to Kannywood. He said: “We have nothing to say but that everything that God accepts belongs to him, and we all belong to him.

Hajiya Zainab is a woman who respects people, not because you are older or younger. She knows the integrity of people. She respects people, and so does friendships as other people say. We pray that God will have mercy on her; the treatment she received made the ice cold.

Alhassan Kwalle, who is the chairman of the Hausa Actors Guild of Nigeria, Kano State, described the shortfall as a major gap that will be difficult to fill.

Alhassan said, “Mama Zee is innocent. Everyone in our industry treats her like the one she gave birth to in her womb. Between us and her there is counsel and prayer.

"We hope that her advice and prayers, as well as her good dealings with us and our brothers and sisters, will look into this matter and bring her closer to the Messenger of God."

For his part, director Hassan Giggs expressed his shock at the loss. He described the deceased as a mother trying to see this factory live in peace and love with each other.

Giggs said, “We really missed out on Kannywood, because Mama Zainab lived with everyone. Wherever she sees you, whether you know her or not, she will greet you.

"She is helping us get back on track. Whenever a person does something wrong she calls the person and advises him that this life is not permanent, there is nothing in it, so let us follow life slowly. My prayer is that God will have mercy on her.

"Actor Ali Nuhu also told Film magazine how he felt about the loss: “This is not a small loss in the Kannywood industry. Everyone she meets because Mama Zainab Booth is very close. For anyone who knows her, she is a woman who is passionate about people's issues and public concerns. "

Ali also described some of the qualities of the deceased that will not be forgotten, saying, “In her character there is respect for people and she is very friendly. ”

Famous actor and singer Yakubu Muhammad became the son-in-law of the deceased in the past because he married one of her children, Sadiya, and they had a daughter with him. In a statement, he told my correspondent: "It seems to me that the film industry is not the only one affected by this tragedy. So it's a big loss for us.

Let's just say that may God forgave her, had mercy on her, and that was the end of her suffering, because she suffered so much.”

He also described the deceased as a friend who had no rival.

Actor Mustapha Musty also described Hajiya Zainab as a religious woman and a good person. He said, “She is a woman who will always advise you as you fear God.

In his turn, Ado Gwanja, one of the most prominent singers and heroes in the industry, prayed for Hajiya Zainab and described her as a good mother.

Industrial women are not left behind in expressing their grief over the loss.

Hajia Saratu Gidado (Daso) told Film Magazine: "Zainab Booth is a good woman, and everyone says she is his mother. She has no rivals in the film industry and actually her character is very good.

May her soul rest in peace amen.