By Magneto (self meida writer) | 22 days 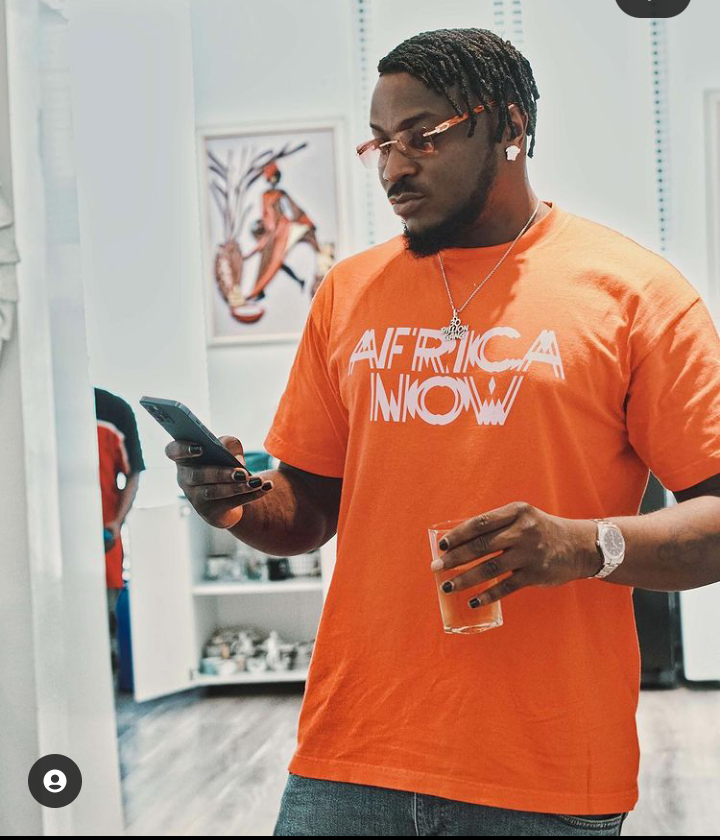 Some of Davido’s fans were seen telling Peruzzi not to promote the song again because he’s indirectly ridiculing himself, after all, Wizkid will not acknowledge the promotion. They asked him when was the last time Wizkid promoted his project, that he’s now promoting his song. 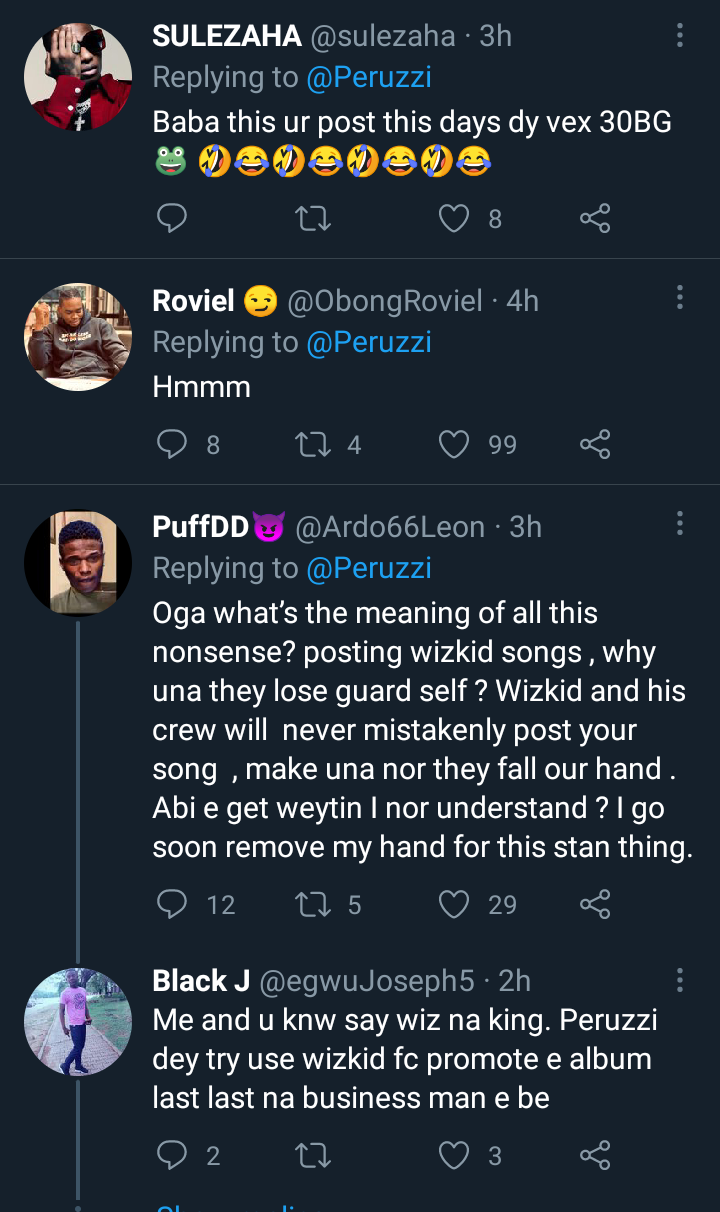 Some Wizkid’s fans also mocked Peruzzi by saying he’s looking for a collaboration with Wizkid, while some felt he wants Wizkidfc who are Wizkid’s fans to help him stream his Album. The funniest reason why some people felt Peruzzi was promoting Wizkid’s project is because of the package that Wizkid is now sending some celebrities in appreciation for supporting him. 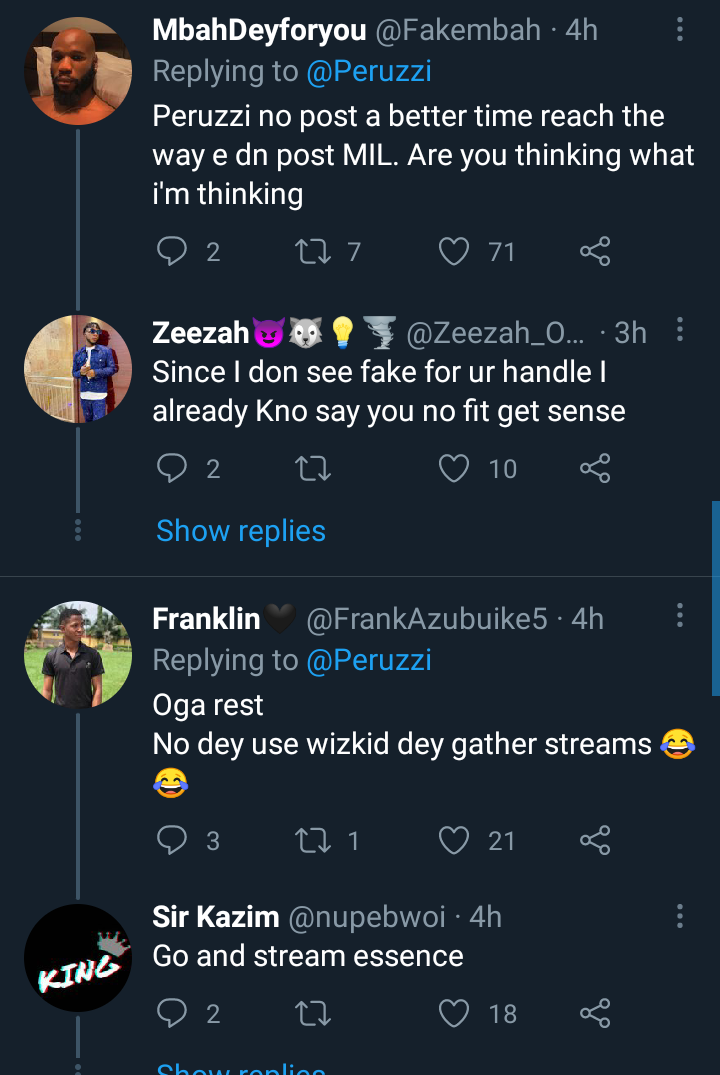 Some felt Peruzzi might be looking for a way to collect his own package from Wizkid, that’s why he has been promoting his project. He was seen promoting Made In Lagos some times ago, now he’s seen also promoting another song in Made In Lagos. 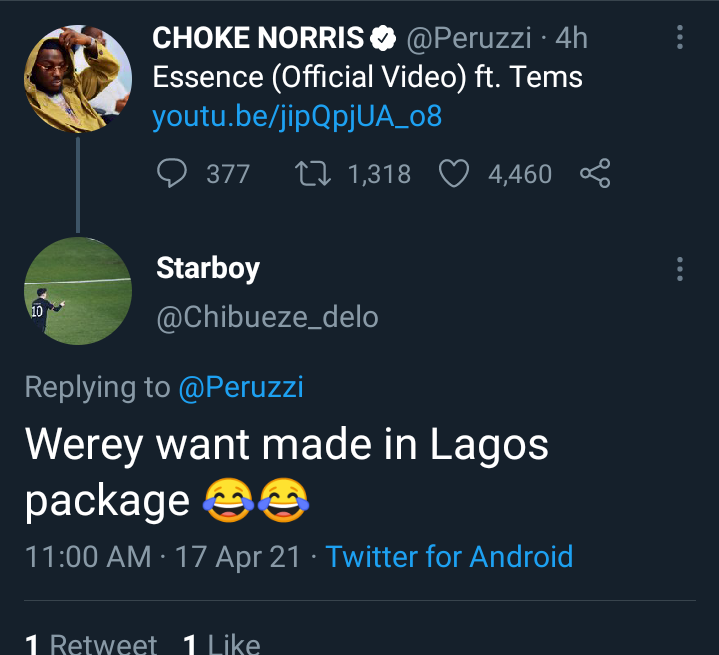 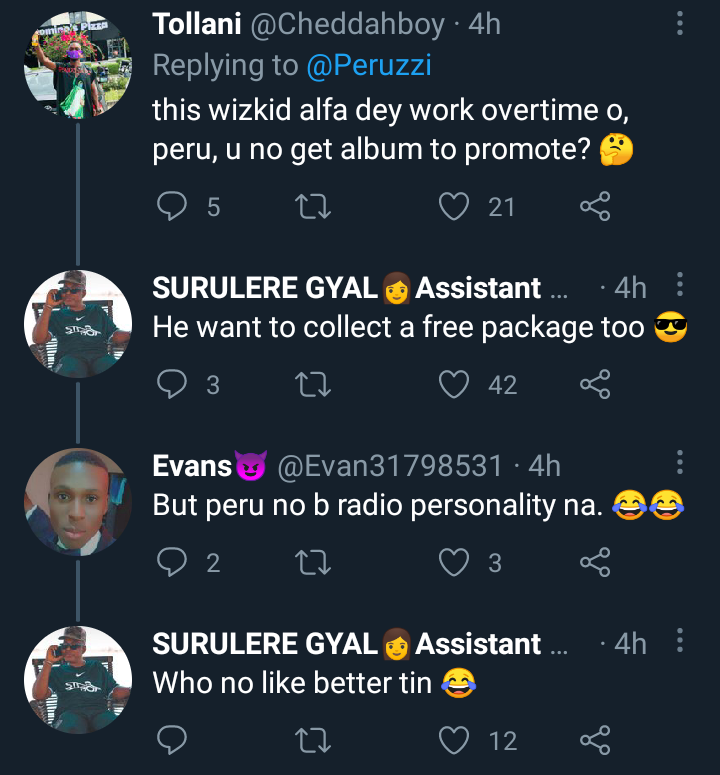 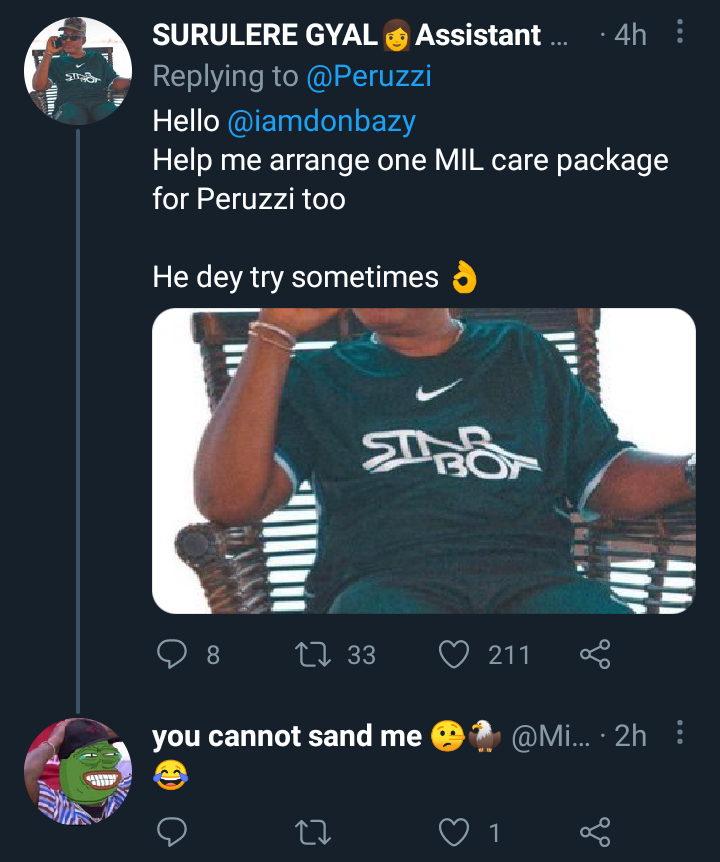 Video: I Cursed People That Are Betraying Yorubas, I Was Not Referring To Pastor Adeboye - Igboho

Sunday Igboho Didn't Mock Baba Adeboye As Rumoured, Here Is What He Said That People Misquoted.

Count Down Begins As Alex Finally Announces His wedding Date.

If A Lady Acts As If She Knows You In Public, Acts Like You're Friends, She Could Be In Danger- Lady

New Fraud Alert: Every Online Seller and Buyers Should Take Note of This.