History of the sexual allegations against R&B star 'R. Kelly'

By Fätäl_Çräfts (self media writer) | 4 months ago

The accounts of R&B singer R. Kelly sexual allegations has spanned for more than two decades. It all began at the start of his career in the 1990s. He has now been found guilty of eight counts of sex trafficking and one of racketeering in a New York court and will be sentenced in May. 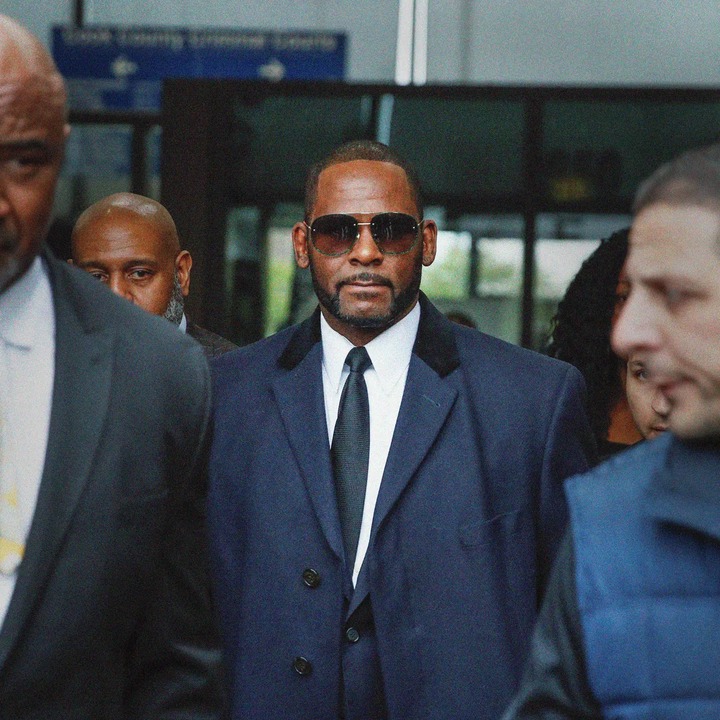 R. Kelly is separately facing trial in Chicago on child sex images and obstruction charges and is also due to face sex abuse charges in Illinois and Minnesota.

Below is a history on the accusations levelled against the R&B singer.

R. Kelly then aged 27, married 15-year-old singer Aaliyah secretly in Chicago.It was later discovered that Aaliyah had lied about her age on the wedding certificate, listing herself as 18. The marriage was annulled in February 1995.

R. Kelly's ex tour manager testified at his trial that he bribed a government worker to obtain a fake ID for Aaliyah so the singers could marry. 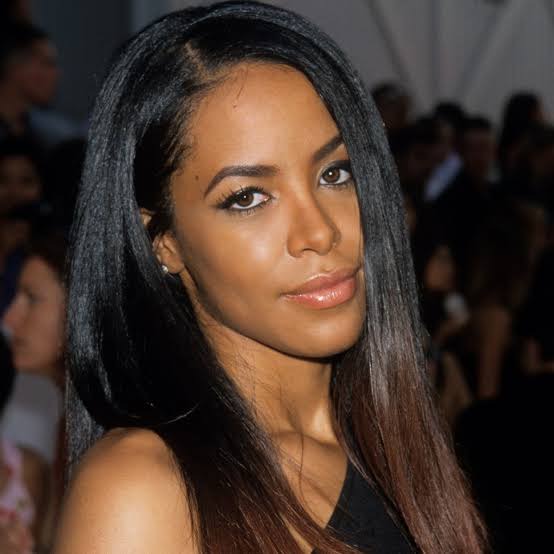 Kelly rarely spoke about Aaliyah after she died in a plane crash in 2001. In 2016 in an interview, R. Kelly described their relationship as "best, best, best, best friends", but declined to comment on their marriage, saying: "I will never have that conversation with anyone. Out of respect for Aaliyah, and her mother and father who have asked me not to personally."

Ex girlfriend Tiffany Hawkins sued the singer for the "personal injuries and emotional distress" she suffered during a three-year relationship with the star.

In court, she said she began having sex with Kelly in 1991, when she was 15 and he was 24, and the relationship ended when she turned 18. Ms Hawkins sought $10m in damages but accepted a fraction of that amount ($250,000) when the case was settled in 1998. R Kelly continued to release successful songs, and win major awards, as accusations accumulated around him

Tracy Sampson accused the singer in court of inducing her "into an indecent sexual relationship" when she was 17. Tracy, a former intern at Epic Records, said she was "treated as his personal sex object and cast aside".The case was later settled out of court for an undisclosed sum. 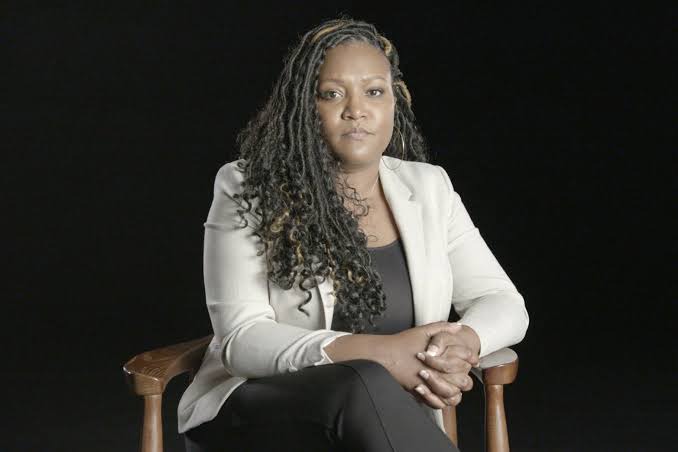 Patrice Jones, a Chicago woman claimed the singer impregnated her when she was under age, and that she was forced to have an abortion.

Montina Woods also sued Kelly, alleging that he videotaped them having sex without her knowledge. The recording was allegedly circulated on a "sex tape" sold by bootleggers under the title R. Kelly Triple-X. The star settled both cases out of court, paying undisclosed sums in return for non-disclosure agreements. 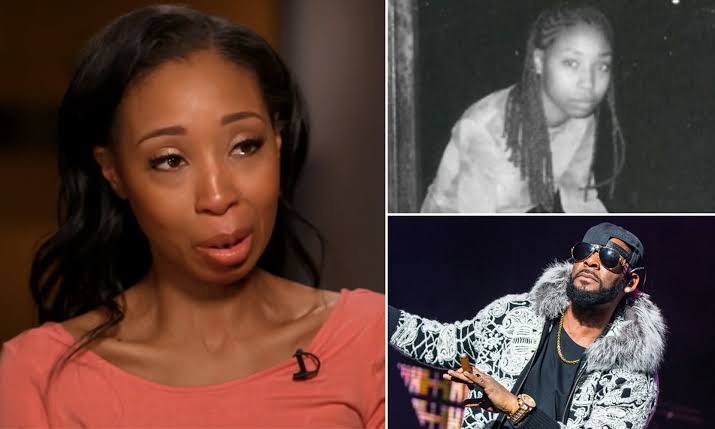 Meanwhile in June 2002, R. Kelly was charged with 21 counts of making child sexual abuse videos. His arrest stemmed from a video that was sent anonymously to the Chicago Sun Time press earlier in the year in which they passed it on to police, who verified its authenticity with help from FBI forensic experts. Kelly pleaded not guilty in court to the charges after the jury concluded that they could not prove that the girl on the tape was a minor.

2002-2004: SEVERAL ARRESTS OF THE SINGER AND FURTHER CHARGES

The R&B singer was charged with a further 12 counts of producing child sexual abuse images in Florida, where he was arrested at his holiday home. These charges came after police seized a camera during the arrest, which allegedly contained images of the star having sex with an underage girl.

The charges were later dropped after the judge agreed with the singer's defence team that police lacked sufficient evidence to justify a search. 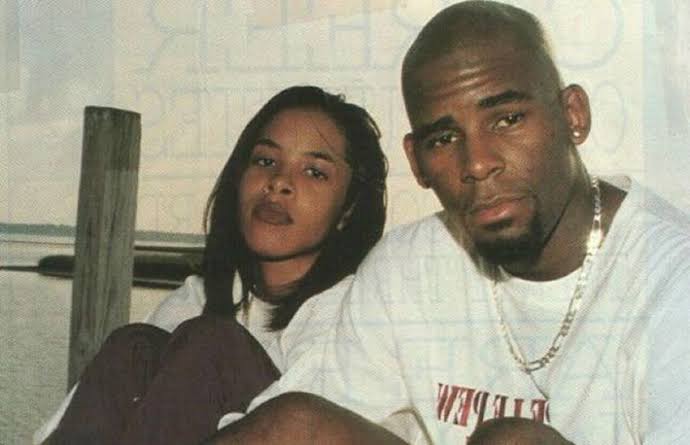 A Buzzfeed detailed report accused R. Kelly of trapping six women in a sex "cult". It was alleged that Kelly seduced young women who approached him for help with their music careers, before taking control of their lives; dictating "what they eat, how they dress, when they bathe, when they sleep, and how they engage in sexual encounters that he records" and also confiscate their mobile phones, barring contact with friends and family.

Jerhonda Pace broke a non-disclosure agreement to speak about having sex with Kelly while she was underage. Another woman, Kitti Jones, claimed the star starved her, coerced her into sexual encounters with other women and physically abused her. Ms Pace would go on to testify against Kelly in the 2021 trial.

One former friend and collaborator, Lovell Jones, said Kelly asked him to scout out women "that looked young" at parties, and claimed that it was "common knowledge" that the singer preferred young girls.

The 2018 #MuteRKelly campaign lobbied record label RCA to sever ties with the singer. They also targeted concert promoters, ticket sellers and streaming services - with Spotify, Apple Music and Pandora all agreeing to demote Kelly's songs from their playlists (a decision that was later reversed).

Around the same time, the singer's lawyer, publicist and personal assistant all quit although attorney Linda Mensch said her departure was "unrelated to any allegations related to Mr Kelly's social life".Kelly continued to perform live despite protests outside his shows, and was filmed saying the campaign against him was "too late".

Meanwhile, the star was sued by a former partner who said he "intentionally" infected her with a sexually transmitted disease.

Two weeks after the programme Surviving R. Kelly(A lifetime documentary on the singer's trials) was broadcast, Kelly was dropped by his record company. Also planned concerts in the US and New Zealand were cancelled.

In February 2019, celebrity lawyer Michael Avenatti obtained a video showing Kelly having sex with a 14-year-old girl and Weeks later, the star was charged in Chicago with 10 counts of aggravated criminal sexual abuse. He pleaded not guilty and gave a melodramatic TV interview.

Prosecutors later filed an additional 11 charges of sexual assault and abuse against a minor aged between 13 and 16 of which R. Kelly appears for a hearing at Leighton Criminal Court Building in Chicago, Illinois, on 26 June. Kelly was hit with two separate federal indictments in Illinois and Brooklyn. Combined, the allegations depicted an organised effort from the star and his associates to recruit and transport underage girls over state lines for illegal sexual purposes, including the production of child sex abuse images, as well as conspiracy to obstruct justice by destroying evidence and bribing or threatening witnesses.

On August 2019 R. Kelly pleaded not guilty, but was denied bail on the grounds that he posed a flight risk. Days later, prosecutors in Minnesota filed prostitution charges against the star, meaning he faced criminal cases in three US states.

March 2020: Kelly's Chicago trial was delayed by six months, after prosecutors seized more than 100 electronic devices including smartphones, iPads and hard drives from a storage facility holding the star's tour equipment.Prosecutors also updated the charges against the star, to "add yet another victim" to the list of allegations. The new victim, referred to as "Minor Six", met Kelly in the late 1990s at the age of 14 or 15 but Kelly pleaded not guilty to all of the charges.

August 2020: Three of Kelly's associates were charged with attempting to intimidate, harass or pay off alleged victims in the singer's racketeering case. Prosecutors said one victim was offered $500,000 (£376,300) to buy her silence, although no money was ultimately exchanged. Another was threatened with the release of sexually explicit photos, and a third woke up to find her car had been set alight in her driveway.

August-September 2020: Towards the end of August, Kelly was attacked in his sleep by a fellow inmate in Chicago's Metropolitan Correctional Centre. His lawyer called for his immediate release, saying "the government cannot ensure his safety". However, the request along with numerous other attempts to get Kelly released on bail  was denied.

June 2021: Two months before the singer's trial was due to begin, Kelly's long-term lawyers asked to withdraw from the case.

August 2021: US District Judge Ann M Donnelly made a series of rulings to narrow down what evidence could be shown to jurors. During the hearing, she asked one of the singer's lawyers whether they denied the star had sexual relations with Aaliyah while she was underage of which the defence team could not deny.

August-September 2021: On 27 September, following two days of deliberation, the jury found the US star guilty on all nine counts. Sentencing is due on 4 May and the disgraced 54-year-old could end up spending decades behind bars. 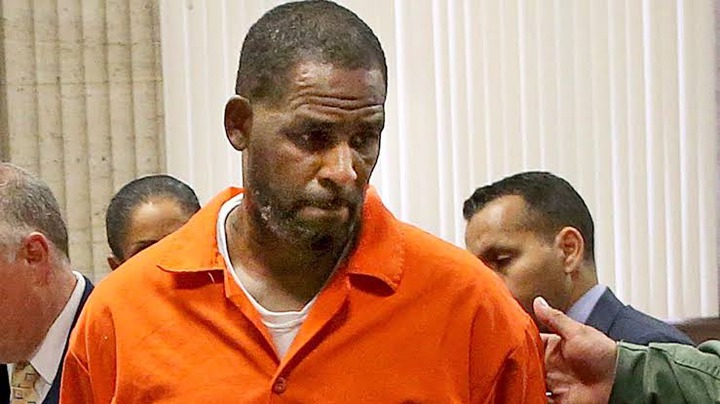 Truly, the evil men do live with them.