By Jameschisa (self media writer) | 1 year ago

Netflix has a treasure trove of terrific movies that you can stream right now, but if you’re looking for more than just a two-hour commitment, it’s also got a boatload of great TV shows you can delve into to keep yourself occupied for days — or even weeks — on end. If you just finished a good series and need a new one to fill the void, Netflix is the place to go, given the service’s phenomenal mix of classic, current, and original programming. Below, we’ve rounded up the best shows on Netflix right now, so you can binge-watch without having to hunt for the right title.

1. Never Have I Ever

Never Have I Ever is a coming-of-age dramedy about a young woman who, after the death of her father, decides she wants to change her life and elevate her social status. 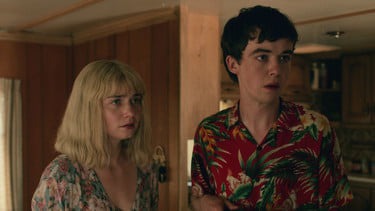 However, Devi Vishwakumar (Maitreyi Ramakrishnan), an Indian girl raised in America, finds that her family and friends aren’t fully on board with this renaissance. Considered a standout in a crowded field of coming-of-age dramedies on Netflix, Never Have I Ever delightfully balances the traditional perils of high school like teen romance and popularity with the challenges of grief, being a first-generation American, and finding yourself in a crowd of loved ones.

When it comes to animated series, few rival Nickelodeon’s Avatar: The Last Airbender. The beloved series continues to garner a following more than 15 years after its initial debut, likely due to the way it deftly balances child-friendly themes with more sophisticated narratives, ones that revolve around war and the oft-ambiguous line between good and evil. The show is centered on the titular Aang, a master of the elements, and four nations, each of which is named after a different element (Earth, Air, Fire, and Water). The main story follows Aang and his companions in their effort to quell unrest and an ongoing feud with the Fire Nation, but the show’s detailed world-building and character development extend well beyond the scope of any one individual. To this day, it’s still considered a masterclass in storytelling, and considering Netflix is currently working on a live-action adaptation with the original showrunners, there’s no better time to watch than now.

3.The Haunting of Hill House

One dark and ominous night, Hugh Crain (Henry Thomas) gathers his children and flees their vast, gothic mansion, leaving his wife, Olivia (Carla Gugino), behind. Olivia dies that night, her death ruled a suicide, and the tabloids run wild with stories of the haunted Hill House. The five Crain children — Steven, Shirley, Theo, Nell, and Luke — all grow up dealing with their trauma in varying ways, whether writing a successful memoir about the haunting of Hill House (Steven), or abusing drugs to numb the pain (Luke). As adults, the Crain siblings are barely on speaking terms, until a tragedy forces them all back together, and back to Hill House. Mike Flanagan’s The Haunting of Hill House is a character-driven story, delving into the psychological problems of its many protagonists. It’s no mere family drama, though. In addition to their personal demons, there are some very real ghosts haunting the Crains, and Flanagan orchestrates some intense scares in the first episode alone, building tension but also knowing when to bust out a jump scare.

Based on a novel by Margaret Atwood (itself based on a true story), Alias Grace begins with a mystery. Grace Marks (Sarah Gadon) is serving a sentence for murder, for which her male accomplice was hanged. Grace has numerous supporters, who hire Dr. Simon Jordan (Edward Holcroft) to interview Grace and hopefully reveal a truth that will absolve her. Grace’s story takes her from Ireland to Canada, where she works as a servant for the wealthy man she will allegedly kill. The show is no mere whodunit — as a member of the lower class, and a woman, Grace navigates social hierarchies that grasp at her every moment of every day. In its examination of Grace’s story, her dismal past, and the shifting views society takes of her, Alias Grace weaves a tale about what it is to be a woman in a world governed by men.

Set in the aftermath of World War I, Peaky Blinders is a crime drama about a British crime family, the Shelbys. After Tommy Shelby (Cillian Murphy) returns from the war, he sets about trying to expand the family’s control of Birmingham, stealing a shipment of guns to give his gang an edge in the world of crime. The show follows Tommy and his family as they move up in the world, butting heads with other crime families and the British government. Peaky Blinders is gorgeously shot, and the story it tells is one of complicated people and muddy morality.