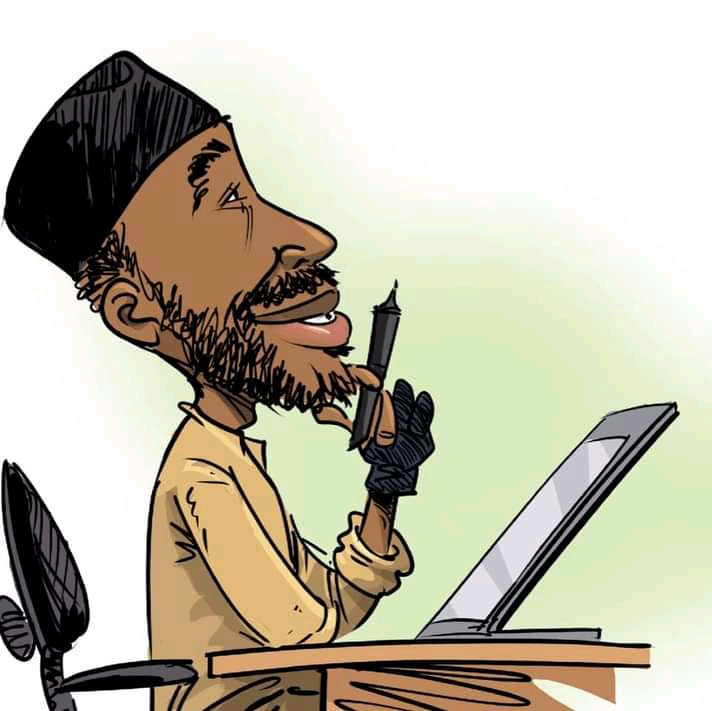 Daily Trust cartoonist, Mustapha Bulama can be best described as a philosopher. This is because he has the capability to analyze any situation and create a cartoon out of it. He had in the past delve into many pressing issues.

The cartoonist Social media handles is filled with fans having different perspectives. Some usually agree with his views while others disagree. But majority always see a message through these cartoon.

Drug addition is one of the bedeviling issue most countries of the world are facing. Many youths have lost direction and sense of responsibility due to the menace. Some have even gone down to have mental issues. Since drug peddling and sells is very lucrative. That has made many merchants of illegal drugs to start indulging in it

Further more, the Influx of drugs in our localities have destroyed the lives of many aspiring young men and women. In addition to that, it has subjected them to take into criminal acts like armed robberies and even prostitution. They commit these acts in order to get money to fuel their lifestyles.

Addition refers to anything that becomes habit that is unbearable to leave. Social media addition is really killing our youths. Mentally and intellectually. Most youths are addicted to social media like a person that is addicted to taking hard drugs. That has made youths to loose so much of their productive time on nothing.

The cartoonist continued by showing the existence of different social media chatting platforms and its side effects. Mustapha Bulama believes time wasted on these medium should used to do productive things. See cartoon below. 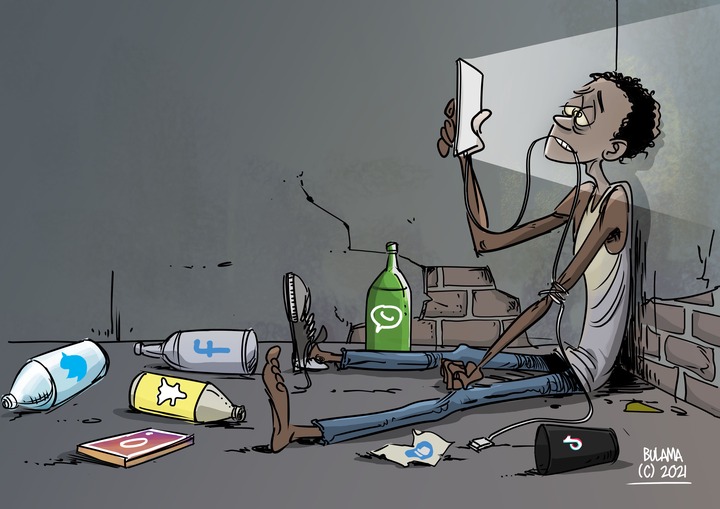 Indeed the internet is a global village. It can be used to acquire skills and employment. Education has been made easier using the internet. It's easy to browse and acquire knowledge. Instead of just chatting without a focus.

In conclusion, There many online writing platforms like Opera News, that offers talented writers the opportunity to showcase their skills and also pay them. Youths should take advantage of such mediums.

The YouTube is also another medium that an apprentice can acquire more skills to better their professions. Socializing is good. But doing something productive with our lives is also important. 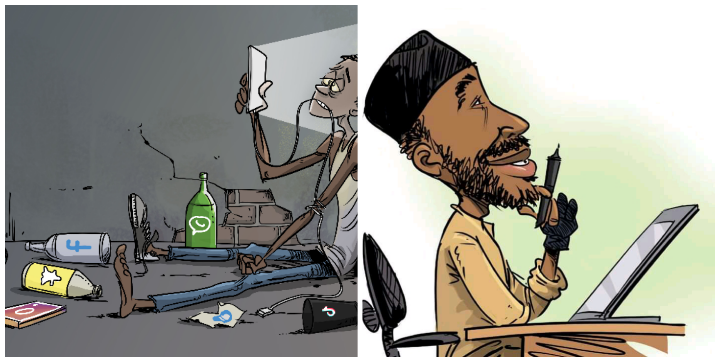 It's important that the youths try and balance the equation, by allocating the right proportion of time to their interest. These useful time wasted on viewing unnecessary things, could be used to learn a new trade or skill. But it was wasted on socialising. Some people have even become so addicted to social media that they chat and browse 24 hours.

Fans have since reacted to the cartoon. See a cross section of their responses below.

Do You Have a Wedding to Attend? Try Any of These Unique Styles to Look Glorious

Are You A Tailor? Check Out 50 Spectacular And Adorable Asoebi Styles That Your Customer Will Love

Fashionistas, Upgrade Your Wardrobe With These Stylish Free Gown Designs for you

Opinion: Check Out How Much Rema Have Allegedly Made From His Soundgasm Music Video On YouTube